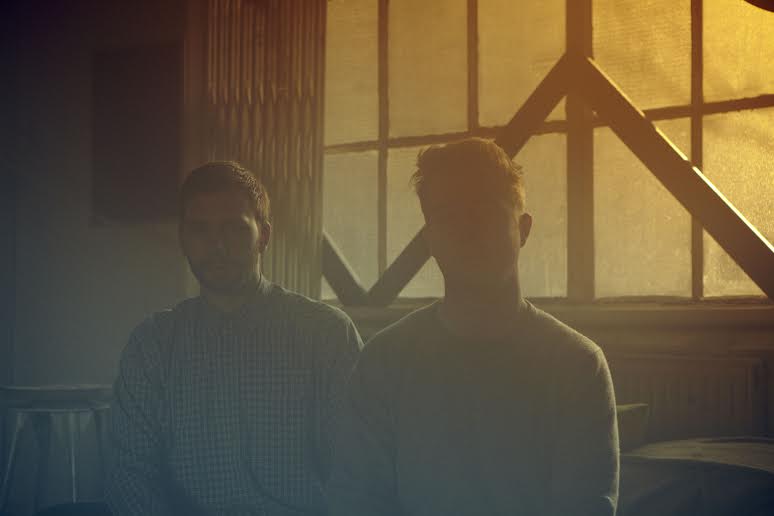 UK duo Mount Kimbie are in town for Laneway Festival, and played two special sideshows in Sydney and Melbourne. Their unique brand of off-beat (ha, music pun) electronica was brought to life with live instruments, a responsive crowd and a beautifully structured visual backdrop.

The Metro Theatre was crowded-but-not-overflowingwhen we walked in, and we perched ourselves a couple rows up, overlooking the floor crowd and the whole stage. This worked out to be perfect positioning, because what really captured us throughout the show was the incredible visuals. There was this endless slideshow of low quality photos of faces, places, bodies, streets, parties, you name it. Sometimes, the same subject would appear in consecutive photos at different angles or poses. Other times, a particular motif would be repeated, such as tattoos. I felt like a peeping Tom, sneakily, silently peering into the bleak-yet-beautiful life of a complete stranger.

The duo played a strong range of old and new, and I love that they played a lot of it live, switching between laptops and drum pads to guitars on many occasions. They’ve definitely manipulated and matured their older sounds. The mixture of electronic beats and brutal guitar feedback makes for such a unique genre-mashup. It’s great. There was this mesmerising feel throughout the short-ish set (it ran for a little over an hour). Whether you were caught up by the droning rhythms, the viscous beats and slow climaxes, or the captivating image display, it was almost meditative.

There was very little stage banter, and very little silence between tracks. The lights and images kept moving, and the liquid beats flowed freely between tracks. The crowd weren’t moving too much – but then again, it’s not music to go crazy to. It’s music you feel. The throbbing beats pulsate and vibrate (sexual wordplay, much?) throughout your body and you move, but you’re also stupefied. Eyes closed, you could easily put myself in a dank, illegal London warehouse rave – where Mount Kimbie first began.

At one point, Alex Cameron of Seekae came on stage, hand-written lyrics in hand, and joined the band on vocals for a track. His gawky stance made for a super eerie silhouette against the projections, and his deep, rumbling voice fitted the music nicely. It’d be cool if they recorded together at some point.

We were snapped out of our collective trance a couple tracks before the end. Brutally industrial beats took centre stage, just in time to pick up the energy and get a little dance in. The energetic ending certainly seemed to startle a few audience members, but the end was my favourite part of the night, and it was a great way to end a good set.

I enjoyed myself. The set didn’t wax and wane, I wasn’t taken on a deeply emotional or spiritual journey, but I was certainly hypnotised. The visuals told stories and the music put me somewhere, though I’m not sure where. Two days on, I recall the visuals as astounding, and the music as having melted into one long fuzzy track – but that’s not a complaint. 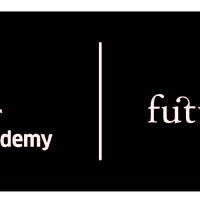