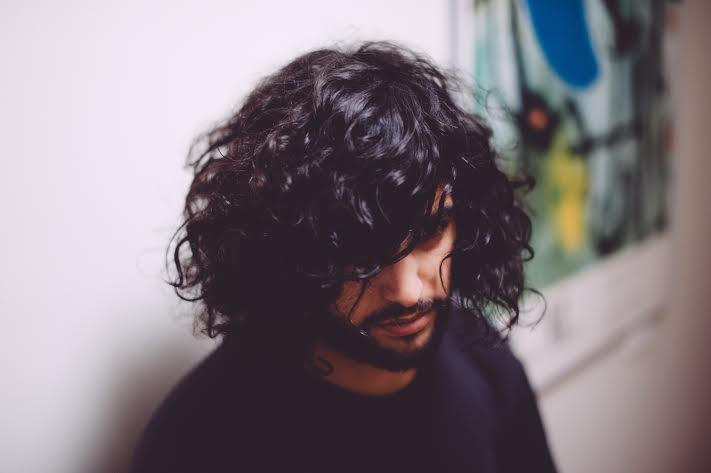 One of Sydney’s brightest musical talents is 24-year-old electronic artist Oliver Tank. First coming to attention winning the FBi Radio Northern Lights Competition and being flown to the Iceland Airwaves Festival in Reykjavik, the Leichhardt local released a second EP Slow Motion Music in November, and is about to embark on a national headline tour.

You started the year with Falls Festival, how was that for you?

It was a lot of fun. I was pretty nervous about the first show in Lorne, ‘cos I hadn’t really done big festivals before. I mean they were all good, but by the time I got to Byron I was comfortable, knew what to expect and performed better than at the previous two. I had a great time at all of them, it was a really good experience. I wanna play more at the big festivals in the future, so some of the next music I write would suit festival shows, or a bit more upbeat stuff, anyway.

Anyone you enjoyed watching or meeting?

I saw Chet Faker play in Marion Bay and I’d never seen him play before. I couldn’t believe how crazy the crowd was, people were moshing, it was a bit over the top for that sort of music. He was really great. I saw Pond a couple times, caught a bit of Wave Racer in Byron, and Rufus were really good too.

You were playing live guitar on stage, it added a cool element to the set. I always love it when electronic music is meshed with live instruments.

Yeah, I’m trying to use a bit more guitar in my live show and also in my music. You’ve gotta keep some live instruments in there. That’s what I was trying to do with my music in the first place, to seamlessly mesh electronic music with live instruments and live sounds.

When we interviewed you in 2012, you said were having trouble writing music that you were happy with. Has that become easier for you, or do you still struggle?

Yeah, I have a lot of problems with that. I feel like I’ve gotten a lot better about it now, I was stressing myself out too much. I just need to relax. That was the idea behind the EP, to like, chill out, relax and figure out some things, not worry as much. I feel like I’m so much better as a producer than I was.

I just wanna be better at everything; a better singer, a better guitarist, better songwriter, better producer. I just feel like I’ve got a lot of potential and I haven’t quite shown it all yet. I want this next album – that I’m working on now – to be like, flawless.

Will that be released this year?

I’d like to say so, yeah. I’ve still got a lot of work to do on it. I’ve got some shows coming up in February, but then I don’t really have too much on so I can focus on writing new stuff. At the moment I’m just rehearsing and doing all this other stuff. I’m really looking forward to getting into it, I’m pretty confident that it’s gonna be like, the best thing I’ve done. And yeah, I just wanna make a great album, really.

You used a crowdfunding campaign for the vinyl release of Dreams (first EP)- how does that work?

Well we had 300 vinyls made. If you donated $20 you get a vinyl, and then you could also donate $100 and you got a vinyl and some tickets. It stepped up and up, the top one was around $700, and I did private show for you. Someone ended up getting one – I only did the show in the last six months, which was a long time after the actual deal took place, but it turned out really great.

I gave my first EP away as a ‘pay what you want’ on Bandcamp. So people paid nothing for it, or they could pay $50. It’s great that people are still interested in vinyl , and want vinyl, and I really wanted to get something pressed on vinyl. I felt like I had a reasonable fanbase, and they supported me. Even if you don’t get all the way there, you’ll have raised enough money to pay for the difference. It wasn’t a moneymaking thing really, it was just that I didn’t have any money at the time, when I was trying to get it pressed. I really need to get some more of those done.

I read that one of those payment options was where you could commission a cover song? So someone requested Sound of Silence..

Oh yeah! I think that was the $150 one and I would cover a song of your choice.

Do you have any other songs you want to cover?

Well I think I’ll do another Snoop Dogg song, probably not for a while. I don’t know which one I should do, I’ll have to think about it a lot. I’ll definitely do more covers in the future. I wanted to do heaps ages ago, but I wanna do my own music for now.

Anywhere you’re looking forward to playing on your tour?

The Metro (Sydney) should be really good, I’ve never done a venue that big for my own show. I don’t really do that many shows on my own – I do a lot of support, and some festivals. I’m very interested to see the sort of people that are coming along to my shows. It’ll be nice to see all the fans that are supporting me.

What other Sydney artists do you think will be coming up this year?

I’ve got a gang of them I’ve been following on Soundcloud. I think Oscar Key Sung is gonna do a really great job this year. Thrupence sent me some unreleased tracks the other day and I thought they were so incredible, I’d keep an eye out for that. Dylan Hill, Hayden Calnin, a few people from Melbourne are doing good shit. Hopefully a lot of people!

And who are you listening to at the moment?

I’ve been listening to a lot of Taku and Thrupence, a lot of mixes, Mr Carmack..

And what else have you got planned for 2014?

Well I’m hoping to make it over to America for CMJ Music Marathon (October 21-25 in New York). I’ve got really high hopes for this album. If I can get it done by the middle of the year, do it well, I an get over to CMJ. I can expand the live show to a few more people and hopefully tour the world! Or at least somewhere overseas.