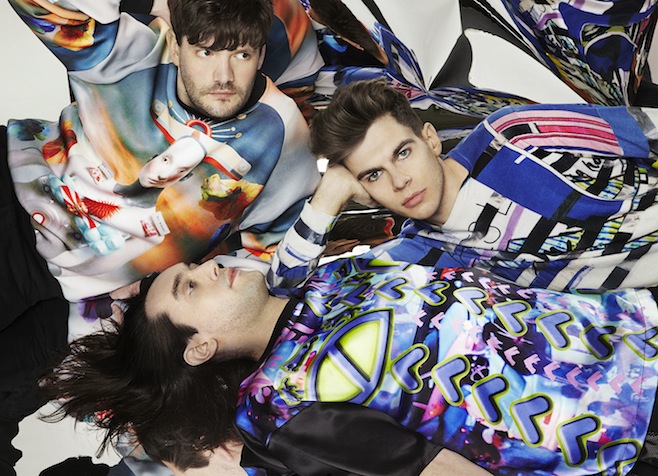 New Music: Klaxons – ‘There Is No Other Time’

James Murphy is on a mission. He is seeking out our favourite bands, the rock, the roll, the psychedelics, the indie, the punk, the alternative. He is slowly infiltrating their lives, their music. Soon, every band in the world will become.. LCD Soundsystem.

Now Murphy has recruited the Klaxons to his electro-revolution. They are back from the void with a brand new sound, lightyears from their previous albums. ‘There Is No Other Time’ , their Nu-Disco single is just a taste of what’s to come, with the album to be released mid-2014. Murphy aside, production input has also come from Mark Ronson, James Ford, Gorgon City,  and the Chemical Brothers’ Tom Rowlands, which may also explain the new Synth driven direction.

That said, we’re absolutely loving it. These British lads are have created a smooth, catchy, powerful track, just listen:

Who will be Murphy’s next target?