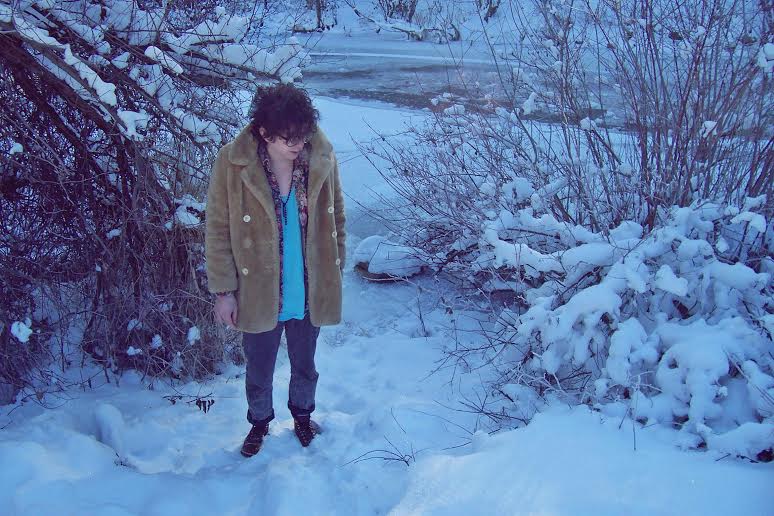 Youth Lagoon AKA Trevor Powers is in town for Laneway Festival, and made a special stopover at Oxford Art Factory last Thursday. The weather was balmy, the drinks were flowing, the crowd was buzzing.

The room was practically vibrating by the time Powers got on stage. The guy certainly has an aura of quirkiness around him, even more noticeable in the flesh. His floppy hair and huge glasses shielding his face and giving him an almost comical look, like a caricature. There was almost no audience interaction whatsoever, and I doubt he made eye contact with anyone in the audience. But it was immediately captivating and somewhat mysterious.

Powers comes under the much-loved and not-so-surprising-anymore category of, “I wrote this super awesome album in my bedroom” so it’s great to see that he’s developing a stage presence and a sound which filled the room. Heartfelt first album The Year Of Hibernation set the bar incredibly high for the Idaho native, and his second offering Wondrous Bughouse lives up to it. It totally was wondrous in the live setting. The sheer number of layers and sounds was enough to set the audience on a sonic journey through endlessly sunny worlds.

The soundscapes and helium high vocals mesh so well. Also, as anybody who has ever read my reviews know, I’m a sucker for live instruments mixed with electronic music, so I was super pleased by the guitar, bass and drums in tow. The live instrumentation, especially the drums, added such a punch to the sound. It was only further accented by Powers’ occasionally smashing the shit out of the drum machine – visually and sonically enthralling moments which momentarily drew the audience out of their daydreaming state.

The otherworldliness remained unbroken by the lack of audience interaction, and general lack of silence.  He kept the audience attentive and hanging off every word and beat throughout, without losing momentum for a second. Definitely a show I’d see again and again.