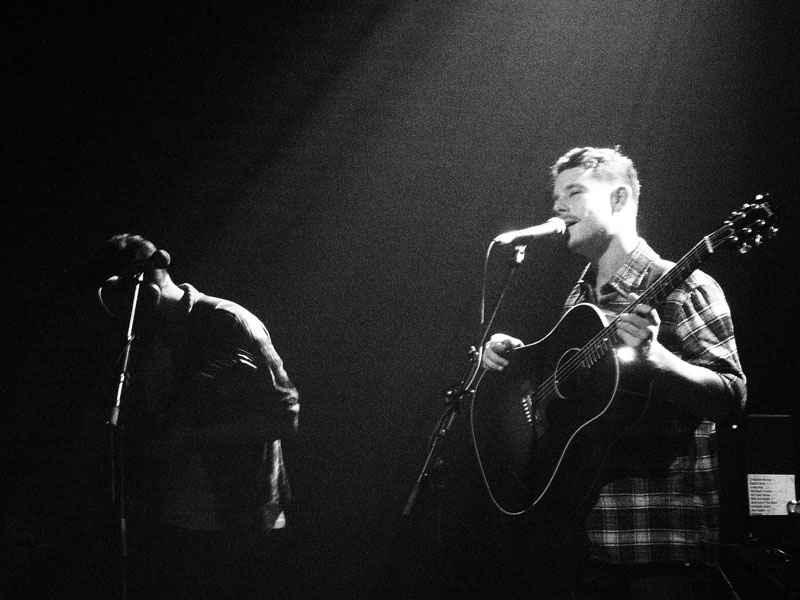 For me, a sold out Boy & Bear show in London held a lot of sentimental value to it. Two minutes from home and work and at a venue that I hold so dearly, we entered to see what was on offer.

Knowing and keeping in mind I hadn’t seen Boy & Bear since 2012, I was keen to see what had changed with their exponential rise in profile. Put simply. Nothing.

It gave me a sense that these four blokes from Sydney (minus their original bassist) could rise from their days of us chatting them at the tiny Troubadour in Brisbane’s Fortitude Valley and still have the same persona and good bloke vibe to a sold out London show.

Knowing from the outset their flawless live performance was always going to make them into a world class act, Dave Hosking and co worked the crowd brilliantly, even pulling early EP track ‘Rabbit Song’ from the vault much to my delight. All tracks off Moon Fire were met with a raucous response from the audience, along with their newer tracks, which to be honest I hadn’t given as much of a rotation prior to the gig. This was possibly because Moon Fire was released during a little rough patch in my life, with certain tracks ‘Big Man’, ‘Lordy May’ and ‘Milk And Sticks’ aligning like the constellations as to how I was feeling at that stage.

Dave conversed with all the lads on stage, getting ridiculed for his ridiculous red hick hat purchase from Spitalfields Market, with drummer Tim Hart (always one to thrown in some quality stage banter) giving his two cents, much to the crowd’s pleasing. The strong Australian crowd contingent was great to be involved with and at times (purely based on the surrounding banter) I could have easily been convinced I was perched up on the balcony in Brisbane’s Hi Fi in the West End.

In customary fashion the lads reneged on playing an encore, but were harassed into playing two more closing tracks as they possibly could have had a mutiny on their hands otherwise.

A night filled with exactly the same feeling I had when I first saw the lads live, they wound their way across the hour and bit a set with such ease. A top notch act and night at the Village Underground will go down as one to remember in 2014 and in the words of Tongesy back on the 7th of November 2009, ‘we had all witnessed something special‘.