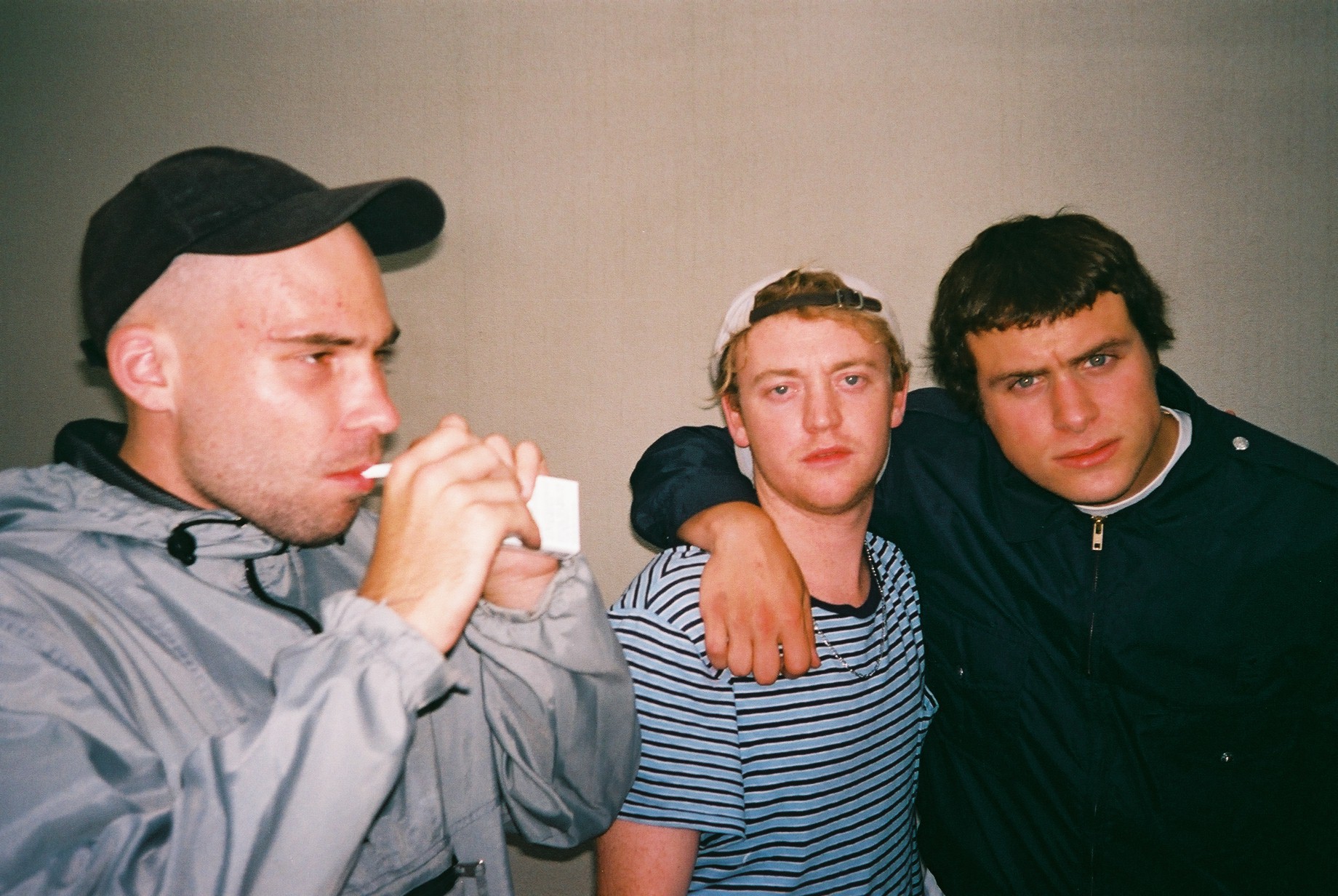 DMA’s, also known as Dirty Mexican Armadillo’s, Driving My Aunt’s or Danish Mastication Army’s to any experienced Balderdash player, are that band that sings “Delete” and are my pick for best new Australian band of 2014. We interviewed founder and lead singer Johnny Took about their EP being released this Friday, upcoming tour and his favourite muscial venues.

You’ve been signed to I OH YOU records, which is also home to DZ Deathrays and Violent Soho, you must be pretty stoked about that?

You guys were signed after the release of just one song. Do you feel like that’s the way music is going these days?

Nah I don’t think there’s any way that it’s going. It’s all different you know. There’s no right or wrong way of doing it. If you’re the type of music that needs to go out and work your ass off on the road, and I’m in another band that’s doing that at the moment, and it’s kind of more organic in that way, then that’s what you need to do. But if you’re in a band where you want to hide the band and record a whole bunch of songs for 2 years in your bedroom, then maybe that’s the way to do it as well.

The other band you’re in is Little Bastard where you’re the lead singer as well. What made you want to branch out into DMA’s as well and not just stick to one band?

Because I love all types of music, I love songwriting. I’m particularly fond of bluegrass music. I know not many people in Sydney like country music, but I’m so attached to it and I love playing it. At the same time I love recording, I love audio engineering and I love production. I really get my socks off in DMA’s.

Cool, when did you start DMA’s?

Me and Tommy started writing about 24 months ago.

Did you purposely try and make a band that would be bigger than your previous bands?

Nah we just noticed that we’d been in bands before and we’d been slogging around Sydney not really getting much attention. I feel like this industry really revolves around song writing and songs. It’s the core of it, its where it starts. So I was working on my engineering skills, production skills, and songwriting. Me and Tommy started about 2 years ago, and I was mates with Matt Mason from some other acts so then he joined and we wrote the songs between the 3 of us.

And you released the newest song “Feels like 37” yesterday

Yeh it was the first track off our EP, so it was nice to show something else to people before the release.

The self-titled EP is out Friday, how many other songs are on it?

Are they all pretty similar, or are there ones that are a bit different?

They are a bit different. One’s got a drum machine in it and is pretty chilled, pretty clean, lots of guitars. Another one is a bit more groovy, and another one is noise noise noise.

Both your songs have been released with youtube videos, did you feel that it was an important part to the song, adding another outlet for people to connect with?

Yeh definitely, I think it’s so important these days. We all know how youtube works and how people discover music.  I think a lot of music wouldn’t have done as well as it could have if it had an amazing clip with it and if it goes viral.

Your videos definitely have a distinctive style, who came up with those?

The director Mitch Grant, he’s a friend of ours, we knew what his vibe was and he liked our music and we thought that his style suited our style and we’d work well together. We feel natural in front of the camera when it’s in his hands.

Did you have fun making them?

Yeh it was heaps of fun, we made a green screen in my bedroom, I don’t think my landlord’s going to be very happy. There’s gaffa tape everywhere [laughs].

Trying to think of your name meaning was a bit like playing Balderdash..

Haha yeh it can mean whatever you want. It’s just an abbreviation of an old name that we were going to use. I don’t really worry too much about the band name to be honest. I’ve been interested in bands that have horrible band names. You think “Why did they choose that name?”, but their music’s good so it’s alright.

You’re off on your first tour, what’s plans?

We’re going to do an east coast tour. Playing Alhambra Lounge up in Brisbane, then Goodgod in Sydney and then Shebeen in Melbourne, which I haven’t been to actually.

What are some of your other favourite musical venues in Sydney?

I was pretty into The Standard, that was a good venue. And I’m excited about the Newtown Social Club opening up. I’ve also seen some crazy gigs at the Vic on Park in the carpark, they’ve put up a stage there sometimes.

Yeh I’d love to do that, such a good vibe in the inner west, whole bunch of people packing it out. It’s mad shit.

Which Australian festival would you love to play at?

I guess it would be pretty cool to play at Splendor, I’ve never actually been to Splendor so I don’t know what it’s like.

Which festivals have you been to?

I played at Falls with Little Bastard last year, I’ve done Secret Garden before. Homebake was good when I was a kid; it’s changed a bit now. I went to my first moshpit when I was 15 or something.

So what are plans for the rest of this year? Another album or more touring?

I don’t know to be honest. Me, personally, I’d love to do an album. But it’s not just up to me to make those decisions, which is probably a good thing [laughs]. We’ve got tons of songs and I’m excited to get them out there but obviously you can’t put them all out at the same time.

You were quite selective about the songs on the EP?

Yeh it’s a fine line between showing the diversity and also to release a body of work that is more cohesive otherwise people are just going to get confused. Certainly a lot of stuff to pick from.

You guys are having an EP party this Friday?

We’re going to put a little stage in a motorcycle shop in Camperdown, its free.

So come along and support DMA’s on their first ever East coast tour: