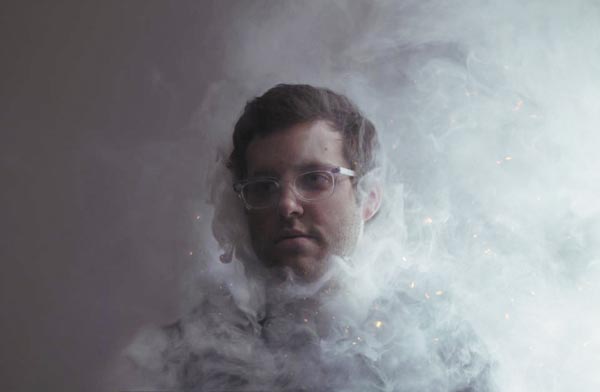 It seemed as if every person who was into electronic music in Sydney had packed themselves into the moderate confines of the Oxford Art Factory to catch Californian indie-electro-pop’s Will Wiesenfeld, aka Baths. The venue’s capacity was certainly tested last Friday.

Some of the sold out Sydney crowd were already lining up well and truly before doors opened at 8pm, and caught the tasty Sydney-based Rainbow Chain and Collarbones.

Rainbow Chan took to the stage as the crowd slowly moved away from the bar and into front row. Anyone unfamiliar with Rainbow Chan’s work may have been put off by her odd/stylised combination of glitch-electro-hip-hop-pop, with bonus saxophone thrown in for good measure, of course. Her glitch soup of electro beats was garnished with her smooth vocals. Unfortunately, a few tech issues popping up every now and then, hindering an otherwise great performance laced with Chan’s excellent dance moves.

Sydney producer duo Collarbones (Marcus Whale and Travis Cook) followed on from Chan, and possibly taking queues from her, continued the 1990’s boy band/R’ n’ B era dance moves theme – which once again won over the crowd, perhaps even more than their music. A few new Collarbones tracks were dropped into the set as well. The new songs were just as well received by the now-overflowing crowd on the dance floor as some of their well-known favourites such as Hypothermia and Missing.

Again, a few tech problems once again popped up, which led the boys to push ahead anyway into a sort of “acapella version” of one of their songs. Before the issue was resolved however (about a minute into it,) Cook’s dreamy vocal abilities were eloquently showcased, and all before their big finale which involved the two jumping into the crowd for a dance.

In between each band’s set, DJ Modern Fairytale played an excellent good mix of deep house, techno, and electronica beats that kept the crowd pumped up for what was next in store, which of course we were all here to see.

Headline act Baths came on punctually at 11:30pm to cheers of the entire crowd, who by this point were well and truly ready for some more indie electro beats.

With an impressive lights show and visuals on two vertical screen backdrops, Wiesenfeld was also backed by partner Morgan Greenwood who added a great live element to the ‘bedroom produced’ electro sounds, with an introduction of extra vocals, overlayed audio effects and more.

The two were clearly hard at work on dual synthesisers, drum pads, beat pads, and whatever other instruments made those crafty beats on stage; there were too many to name.

Moving from the chilled electro vibes from his debut album Cerulean, though Lovely Bloodflow received a huge cheer from the audience when it was played. Baths took the crowd on a journey into their newer sound off latest album Obsidian, one that was more aggressive and heavier that the first few chilled out tracks. It seemed to surprise some and delight others, but regardless, we watched in awe and didn’t stop dancing.

The surprises didn’t stop there, though. He played “the first track off an upcoming EP which is going to be released soon” and had an improvised jam session with Greenwood right in the middle of the set – a piano driven ballad with sweet underlying beats. Much of the crowd only realised this fact after Wiesenfeld said “Ummm…yeah we just made that one up just then,” to yet another fanfare of cheers.

The night drew to a close with the words of Wiesenfeld saying “Yeah that’s it, that’s all we have left”. However he was quickly pushed back on stage, as cries for an encore from fans increased, finishing with an almost dubstep inspired final song.

Some fans may have been left a little disappointment with Baths, as they avoided to play (arguably his biggest hit) Animals in favour of unleashing their new songs. But overall it was a solid show inflated further by the diehard, electro centric, sold out crowd who lapped up every track.