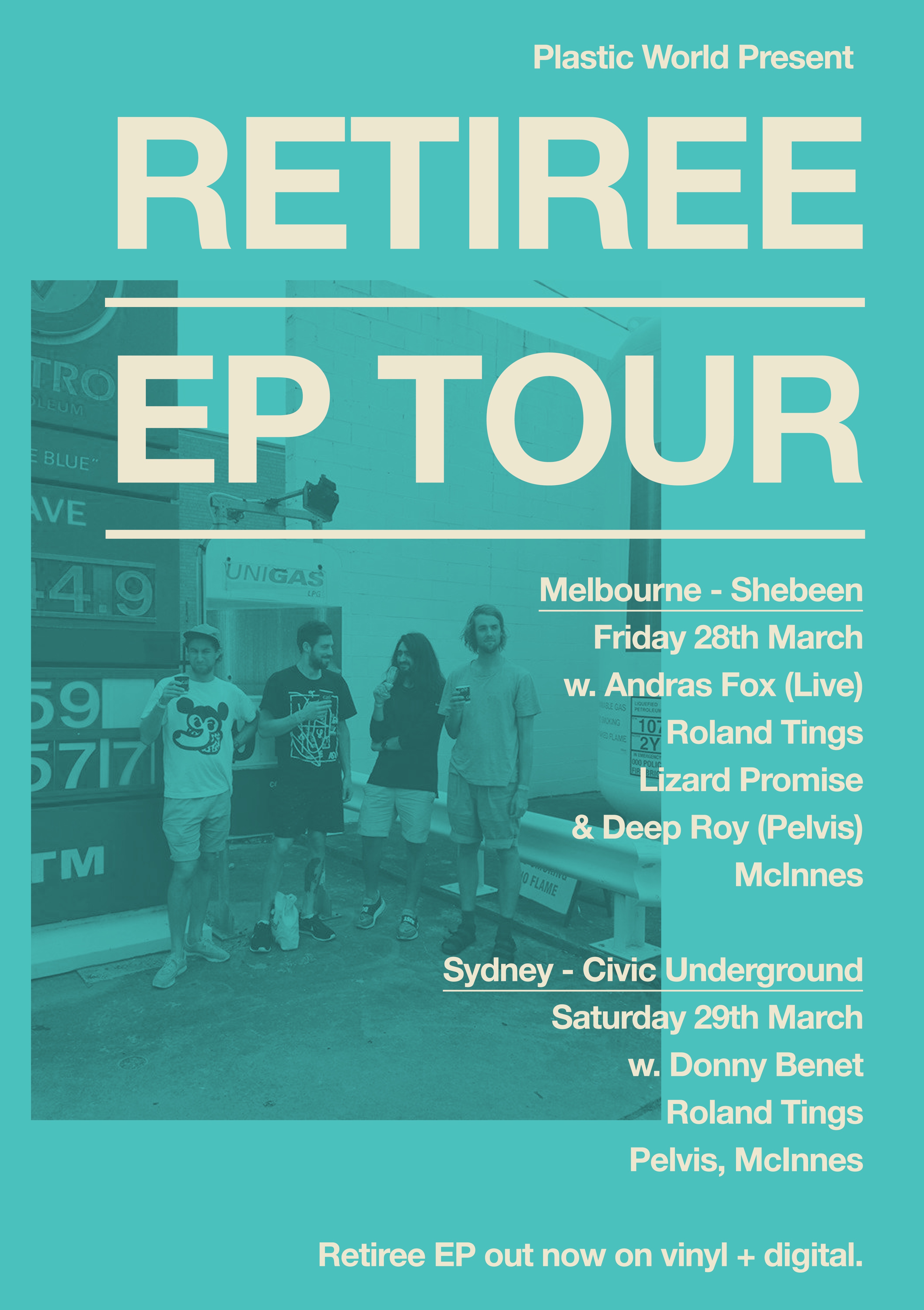 Scenewave is giving away ONE double pass to SEE Retiree in Sydney and Melbourne this weekend!

If you haven’t heard the chilled out electro-house grooves and the sweet, jungle-y, occasionally-glitchy beats of the Sydney 4-piece yet, it’s time you had a listen:

To enter, simply shoot an email off to lauren@scenewave.com with the title RETIREE SYDNEY or RETIREE MELBOURNE, and your name.

We’ll get back to you tomorrow afternoon if you’ve won!