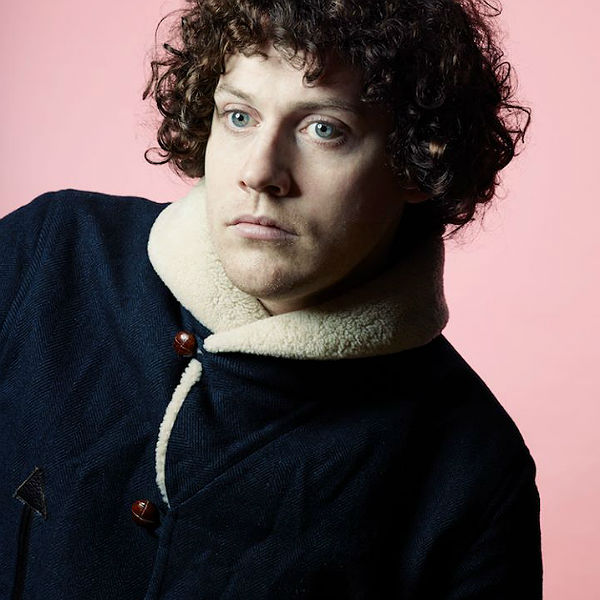 Electropop wizards Metronomy released their fourth album, Love Letters, earlier this year, and are in the midst of a world tour in support of it. Recorded on eight-track tape at London’s Toe Rag Studios, Love Letters is a gorgeous LP that melds modern electronica with vintage instruments and recording techniques to produce a warm, layered sound. I spoke to the band’s founder, Joseph Mount, about the new album, festivals and future projects, ahead of their arrival in Australia in July.

Firstly, congratulations on the new album! You must be really pleased with how it turned out.

Thank you very much! And yeah, absolutely. I guess whenever you’re getting ready to produce a record, you’d never release something unless you were really happy with it, and then, still, you’re a little bit apprehensive to see what people think. But it’s going very well, yeah. I’m really happy with it.

Each of your albums has a very different feel about it. Do you set out to make each album very distinct, or does it just come about naturally?

It’s a combination of the two things, really. Each record marks a quite specific period of time, you know? You release the record, and then you go out and tour it, and then when it comes to doing another record, it feels like you really have to grab the opportunity again and use the time to make something that feels relevant. I always want to do things differently, and I always have quite specific ideas for records. I would never be interested in releasing more of the same.

One of those specific ideas, of course, would have been recording at Toe Rag Studios. What was the main inspiration for you to record the album there, in an analogue style?

There were a few reasons. One of the main ones was just that I knew it would do something to the way that I worked that would be interesting, and when you get to work in that kind of studio, it involves so many different disciplines. And when you make music in 2014, you don’t necessarily have to restrict yourself, so I just thought it would be interesting to put myself in a slightly unusual place to see what it would do, creatively. Also, I’d just never worked in a studio like that before and so I wanted to learn a bit about recording. The songs I was beginning to write seemed to fit into that world a bit better, I think, as well.

I’ve read that you’re interested in eventually transitioning into working as a producer. Are there any artists you’d particularly like to work with, either in a production sense or with Metronomy?

There are two types of production work I’d like to try. One would be working with a pop performer, but then I’d really like to work with a young band, a band that doesn’t really have an identity. I’d love to help give a band a sound, that kind of thing. So they’re not necessarily established people I’d be looking for.

You’re touring the US with Cloud Control at the moment. Have they taught you a lot about Australia?

We actually talked a bit about it last night. We’ve been to Australia a few times now, so we’re quite comfortable with the place.

Of course, and the last time you were here was over the new year in 2012. What do you think was the highlight of that trip?

It seems strange, but I think in the context of a world tour, just coming to Australia is quite a big highlight for us. We always have days off when we’re there, in Sydney or wherever, we might get to the beach, and I have friends in Melbourne. I think we relax quite well when we’re in Australia, so it’s like one big highlight, I suppose.

So I assume you’re looking forward to returning and playing a bigger festival this time?

Yeah! And the sideshows are always really good fun. It’s nice to have your own gigs while you’re there.

That’s what I was going to ask, actually: do you prefer the festival scene, or do you think your sound is better suited to smaller, more intimate shows?

By now, we’re quite used to both environments, and you have to do things differently for festivals, but it really depends. Your own shows are always really special because people are just paying to come and see you, so there’s a kind of purpose to it, but then festivals can be really surprisingly fun. It’s an opportunity to try and persuade people to like your band, because people might be coming to watch out of curiosity. But yeah, I think we like them both.

When you perform at a festival like this, do you get a chance to watch any of the other acts, or is it quite a formal, ‘in and out’ experience?

Nah, we hang out. Obviously it depends on some of that boring stuff like schedules, but we always make an effort to see people. I remember last time we were over, I can’t remember where it was, but we were in a field there and we were watching Unknown Mortal Orchestra, whom we hadn’t seen before. You get an opportunity to check out new people, so, yeah, it’s fun.

I don’t know how much of a chance you’ve had to look at the Splendour in the Grass lineup, but is there anyone on it you’re particularly looking forward to seeing?

I can’t really remember what the lineup is. Are Outkast playing at this one?

Yeah, they’re one of the main headliners.

There you go. I’m very excited for that. I can’t remember who else is playing, I’m afraid [laughs].

They are some very talented up-and-coming British bands, like Jungle, Darlia and Circa Waves, who are also performing. How do you feel about the state of British music, generally, and those kind of bands who are just gaining traction in Australia?

It’s weird, but for the first time in a long time – partly because I’ve got a baby now – I’m really out of touch with what’s going on. But that’s the cool thing about festivals, you have the opportunity to see these people who are up-and-coming. It seems to me that there’s pretty good stuff happening. For a while people were worrying that bands were suffering because labels weren’t really signing bands or something. It seems like there’s some cool stuff, but I don’t really know what it is [laughs].

You acknowledged that you’re a bit out of touch, but what has been some of your favourite music so far this year?

[Sighs] This year… What year is this? I was impressed by Wild Beasts’ record. They’re a band that I haven’t really got into before, but I thought there were some really nice, atmospheric songs on that that I enjoy. Actually, you know, there’s another Australian, that Courtney Barnett, who I hadn’t heard of until a few months ago. I think she’s really kind of brilliant. That’s about as far as my knowledge goes.

If you’re concentrating on your own music, I’m sure everyone’s pretty happy with that.

[Laughs] It’s a terrible thing, though; when you start touring again – obviously you get to hear stuff like Cloud Control when you’re out and about on the road – but I kind of spend all my time not playing music, not listening to music, just kind of watching TV.

You are doing an incredible amount of touring this year. Do you get tired of it after that long on the road?

I was slightly apprehensive about touring for this record, because obviously I’ve got a baby and stuff, but we’re having a really good time. The live show is the best it’s ever been, we’re all getting on really well. We’re just enjoying it. It’s not tiring yet, but we’ll see how we feel this time next year.

Do you have any plans for when you get back home?

I’m trying to do a couple of production things, and I’m already getting ideas together for the next record, so I still like to use the time off as time to make music, really.

Metronomy are appearing at Splendour in the Grass in July, as well as at these sideshows:

One response to “Interview: Metronomy”