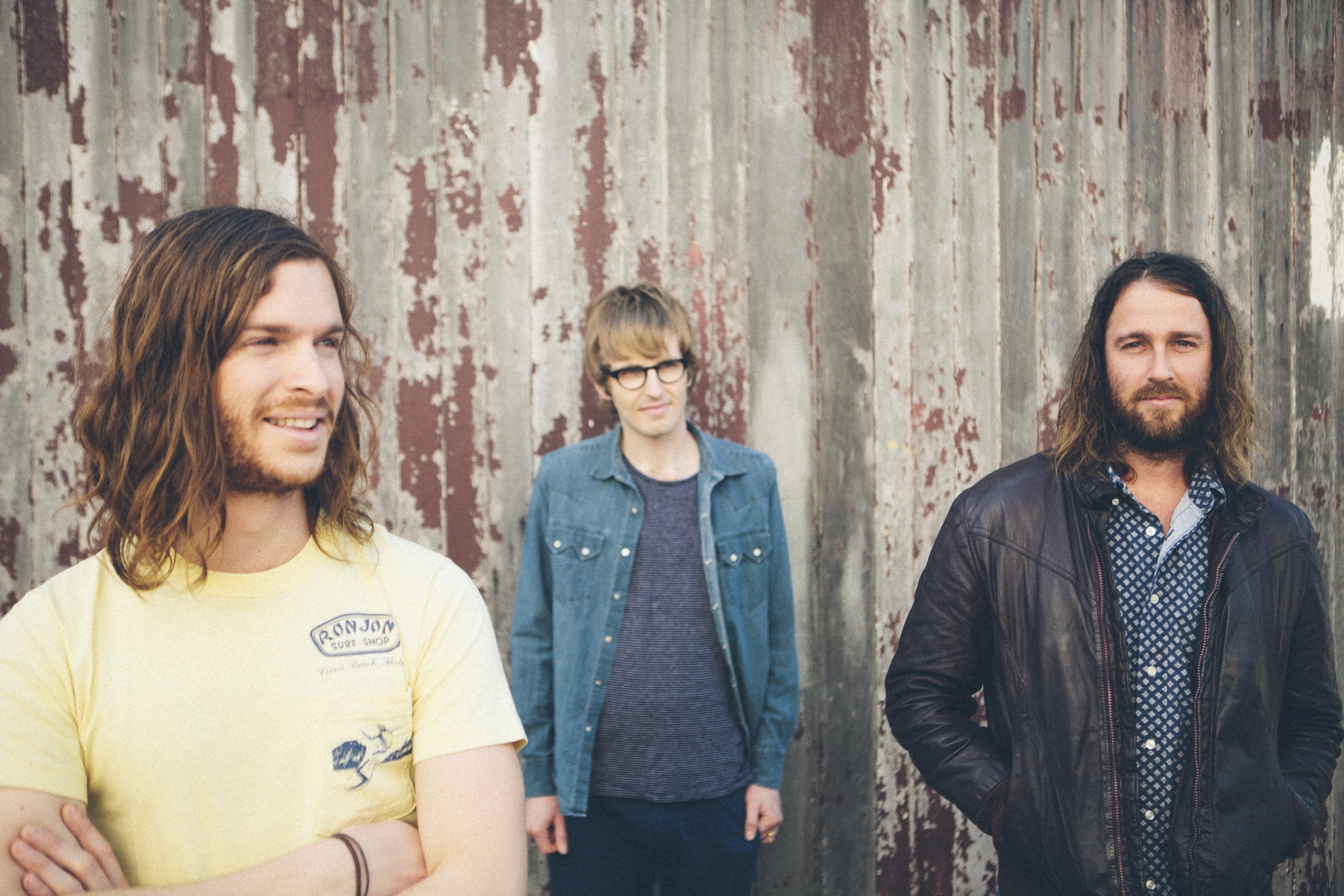 Up and coming Sydney boys I Am Apollo have been tugging at heartstrings with their wistful, nostalgic sounds. Their single Summertime Blues makes you think of the warm sun, sandy beaches and a balmy wind flowing through your hair. The single was recently launched in Sydney, while supporting Cloud Control.

We asked frontman Jeremy Strothers a few questions, and the results were interesting, to say the least…

Ha, no. But George is Greek so I guess we’re half way there.

George and I played in the church band together when we were younger. After that I didn’t see him for a while but I heard through the grapevine that he’d starting to build recording gear and he was keen to work on stuff. He’s a freak; he actually builds the gear that you go to a good studio to use, and it’s mostly modelled of gear they used to record with in the 70s. I had started playing guitar and writing songs. I was enthusiastic but not very good. We hung out and smiled and went spear fishing. I asked him if he would record my songs and he said yes. And then we started the band and made an EP and called it The Drifts And Adventure Collection.

It’s pretty hard to go past the late 60s – 70s. Fleetwood Mac, The Band, Tom Petty. The way they produced music and the way it makes you feel. And 90s rock also plays a big part. George plays drums and produces our records and he grew up on bands that came out of that Seattle scene.

It was at the Brass Monkey in our hometown, Cronulla. It was such a good night. I wore a brown suit that was probably two sizes too small and a big black hat. I think George had his clothes on. Actually, he did have clothes on because he wore my favourite hat and I never got it back.

5.     What gave you the idea to film the clip for Summertime Blues yourselves with a Super 8?

We really feel like I Am Apollo is part of a wider artistic community developing here in our hometown. There are some great people doing great things and we wanted to celebrate that. It’s a lot of fun too. It’s an expensive way to film but the result is so unique that it makes it worth it.

We’ve released two music videos on Super 8. They really do kick arse compared to the clips we’ve made in the more modern aesthetic. I really wouldn’t like it to become a thing where people think it’s a gimmick, because it’s not. We’ve genuinely loved working our Super 8 film. It feels as much a part of the story as our songs. So, to answer, we’re not sure, but we’ll definitely be releasing a lot more Super 8 goodness accompanied with tunes!

7.       Imagine that you have so much fun filming and starring in video clips that you decide to become full time movie stars. Would I Am Apollo: The Movie be a comedy, horror, sci-fi or western?

Western without a doubt. I love technicolour and I love John Wayne- especially in the Train Robbers.

There is a new kid in town. He’s a sharpshooting immigrant who is keen to make a name for himself. He’s hot with the ladies and doesn’t care too much for the old fashioned way. The deputy runs the town. But when the town is suddenly under threat from outlaw gang – ‘BB Bunsen and The Smouldering Few’ the two are forced to work together to protect the town.

9.       The film is a huge success and you instantly became extremely wealthy, famous and respected. What’s the first thing you buy with your millions?

A house for my kid to grow up in and I’d get her a dog. I’d also like to build a studio on the south coast.

10.   Now you can afford to live anywhere in the world. Where would you choose?

Stanwell Park. It’s the greatest place in the world.

11.   Months pass, and you finally remember that you used to be humble musicians. You wanna play some tunes, but you smashed all your equipment in an LA hotel room a long time ago.  It’s okay though, because you’ve got enough cash to buy your dream instruments. What would you buy?

I would go down to a little vintage music store in Silverlake and buy everything. If you can’t make a great record using what’s in that store then you’re as useless as a fish in a tennis match.

12.   Your rediscovered love of music ignites your long lost desire to curate your own music festival, ‘I AM APOLLOOZA’. Who is on the bill?

I think that summer festivals are pretty well stacked at the moment, so I’d like to try doing a winter festival. A ‘Winter Picnic’ vibe. It would be so rad to have it at Red Cedar flats in the National Park. Lineup would have to be Neil Young, Paul Simon, Jack Johnson, Cody Chestnutt, Mavis Staples, Bon Iver, Father John Misty, Ben Kweller, Matt Corby, The Middle East (reunion show), The Coconut Ruffs, Cousin Tony’s Brand New Firebird, Nic Cassey, Shining Bird and of course- I Am Apollo

13.   Coachella pays celebrities to attend their festival. Which celebs would come to yours?

I’d like lots of B grade Australian actors so people don’t know if they actually paid to come to the festival or if they are on official celebrity business. But I also think Michael Caine would be a rad MC.

14.   There’s a freak accident, and everyone at I AM APOLLOOZA suddenly dies. You wake up, and realise it was all just a dream. Do you keep making music?

George is going to be in Europe for a couple months. We’re about half way through making this record and we’re really looking forward to finishing it when he gets back. We will be putting the next single from the record out in October and touring it, and then it’s just locked down in the studio getting classic and finishing the record.