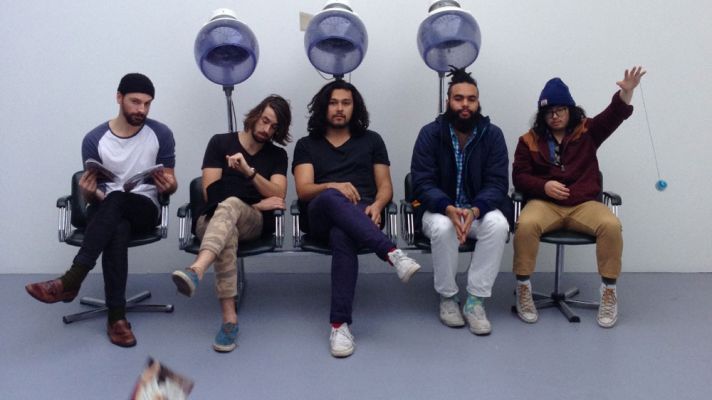 Gang of Youths have a new video and tour dates!

Sydney (and now, Nashville) rockers Gang of Youths have seriously exploded onto the scene since forming just last year. For five guys from Sydney who reportedly met at “Jesus camp” while growing up, producing rich, opulent alt-rock seems like it would present a bit of a challenge. However, for the band’s front man Dave Le’aupepe, a hard-core Springsteen fan, it’s simply a matter of writing from the heart and personal experience.

Latest single Poison Drum has been hitting the radio waves pretty hard, and the band have just released the highly anticipated film clip to go along with it.

The track is a fantastic blend of layered indie rock that develops into an emotional Springsteen-esque anthem. Make no mistake; the cryptic title compliments the song’s disposition and bittersweet lyrics. Each moment of the track’s six and a half minutes (one of their shortest songs, by the way) is filled with rich vocals, grand instrumentation and a rhythm that leaves no space for boredom. Le’aupepe’s voice is as moving as it is heart wrenching, and thefocus on dialogue-heavy lyrics shows their disregard for expected ‘norms’ in their genre.

The video was shot in LA and sees the band spend “what was probably the best week of our lives in LA playing shows,” according to guitarist Joji Malani.

“On our day off, we got to experience a lot of LA making this video, and, us being the pseudo-alternatives we are, decided to spoil the culture of LA, with us doing shitty, cringeworthy things like being carted around on pulleys in a Skid Row piñata store and sucking on noodles in Chinatown.”

One can’t help but hold high hopes for the band’s future, considering the strength and sheer power of these, their earliest releases.

Poison Drum will be a feature of GOY’s forthcoming debut album, which will be released later this year – they’re reportedly putting “the final touches” on it now.

If you missed out on catching these guys on their string of sold-out shows earlier this year, you’re in luck! They’ve announced even more tour dates: