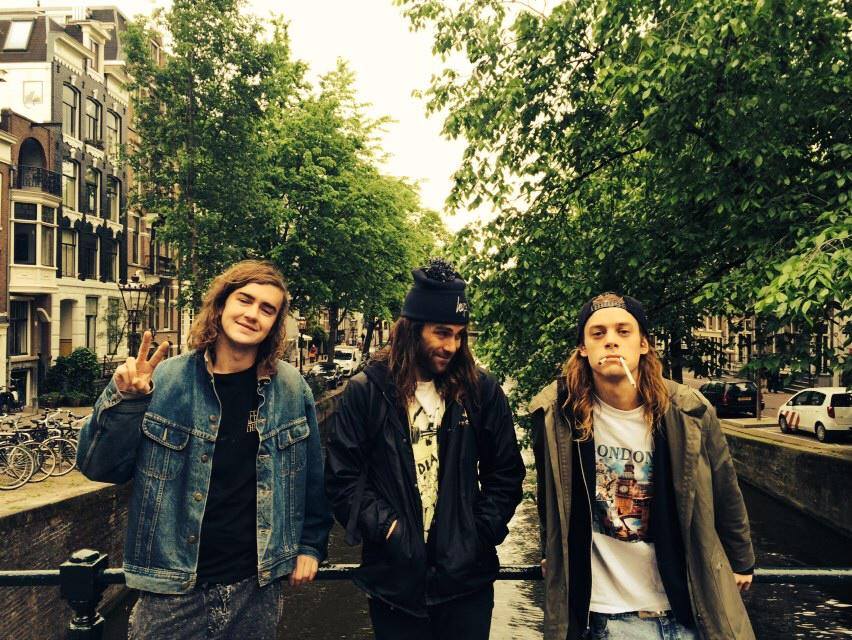 “Who here likes MDMA?” Danny, frontman of the Dune Rats, shouts to the audience. A man from the crowd climbs a stack of speakers and is swamped by security, a topless girl sits on top of her friend’s shoulders, and some drug fucked dude is head banging vigorously despite the band not having started  their next song. I think that’s a unanimous [fuck] yes from the crowd. At least the front third any way. The mellowed out and stoned have filtered their way to the back and are making dance movements indistinguishable from slow motion seizures.  This could suffice as a fair indicator of the night, I’m sure, but I’m obliged to dredge up more from my hazy memory.

Dune Rats, comprised of Danny Beusa, BC Michaels and Brett Jansch, embarked on their sold out national tour a couple weeks back. They crash landed in Brisbane Saturday night for their final over 18s show at The Zoo. Like the part of a 7-11 store where the Krispy Kremes are kept, stoners flocked to the venue, and upon entry, patrons were greeted by the smell of dank and a giant banner emblazoned with marijuana leaves. It read: “DUNE RATS CUNT” because of course it did, because Dune Rats.

The boys, affectionately nicknamed Dunies by their fanbase [see: good-fer-nothin-youths], took to the stage, and with a quick g’day and a laugh, quickly set the vibe for the night; this was just a bunch of dudes wanting to play music and fuck around to an audience filled with their mates. Brissy being their home town, this wasn’t too far from the truth.

To begin, the band launched into a stirring rendition of the lead track from their recently released, debut album, Dune Rats: “Dalai Lama Big Banana Marijuana”, an anthemic ripsnorter of a tune that serves as definitive proof that a song need only repeat the names of various unrelated things that vaguely rhyme in order to succeed. At least that’s the case when one of those things is cannabis, and cannabis happens to be the extra-curricular activity of choice for the vast majority of your audience. This was evidenced when a dozen joints were promptly ignited as the Dunies performed the uncharacteristically sweet “Wooo!” (We’re gonna get so high, we’re gonna get so high tonight), a nostalgic ditty that has provided the soundtrack for countless conversations about how our lives are almost exactly like a John Hughes movie. Except, of course, this isn’t a coming-of-age-film from the 80s: it’s 2014, a time in which it is possible for a band to break through to the big time by featuring themselves smoking innumerable cones in a video clip, as the boys did for their signature track “Red Light, Green Light”. A fact we were reminded of when the band finished the set with that same song. The catchy stoner anthem collided with an adoring audience like a giant meteorite made entirely of kush. It was a suitable way to end the night. Or did they finish with “Funny Guy”? I’m not sure, but they did definitely play that at some point.

Look, I’ll be honest; I don’t have the greatest recollection of that night, nor the Dune Rats’ set, but it was pretty mad sick… or was it sick rad? So many philosophical questions. Props have to be given to the band for a providing an atmosphere as unique as it was fun. Despite being the Dune Rats’ largest and most raucous set yet, it managed to remain reminiscent of backyard gigs, and the nostalgia inducing performance warmed many a stoner’s heart. The slew of new tunes from their latest album certainly didn’t hurt. You can read our review of that LP here.