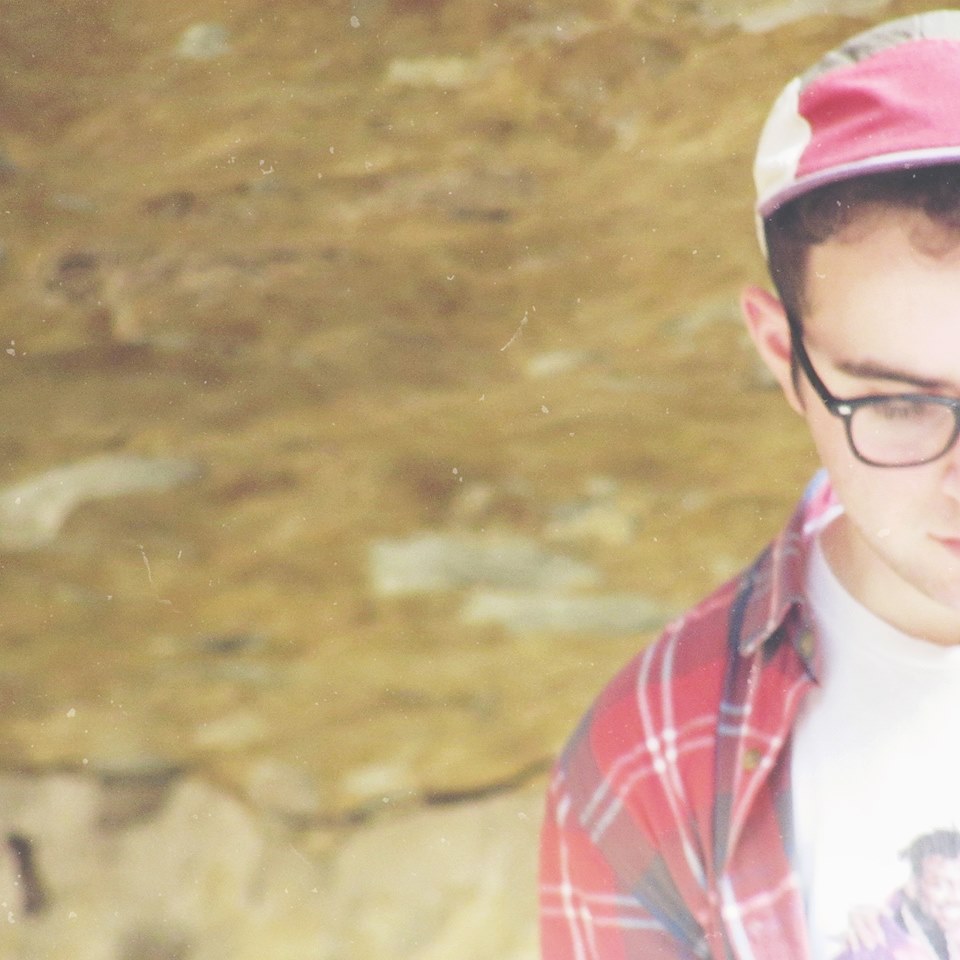 You might have heard about Melbourne’s Japanese Wallpaper. If not, let me enlighten you! Seventeen year old Gab Strum is steadily making a name for himself, with his gentle, crisp form of bedroom electro, and pretty impressive collaborations. His spine-tinglingly beautiful collaboration with Jinja Safari’s Pepa Knight continues to give me goosebumps, not to mention the fact that his song with Brisbane’s Wafia has been selected to be on the soundtrack for Zach Braff’s new film. We caught up with this prodigy to chat juggling high school and internet success, influences and what’s still to come!

You’ve had a pretty interesting, and successful few months now! I believe congratulations are in order! What are some highlights for you?

Hey, thanks so much! The highlights for me have definitely been the shows – I guess that because a lot of what I do is internet-centric it sometimes isn’t so obvious that actual real people are connecting with my music, but playing to increasing audiences at each show that are always really quiet and attentive and warm is a really good reminder of that – it’s probably the best thing about everything that’s happened.

How do you manage to juggle Japanese Wallpaper and high school?

I get asked that a lot but to be honest it really doesn’t seem like such a big deal to me. I’ve been doing this for so long now that it’s just always been a part of my life – I think if school was the only thing happening in my life it would be much harder to manage actually. It’s nice to have something else, it’s kind of an outlet for when school gets too much as well.

You must have a pretty interesting musical background! Can you tell me a bit about that?

I’ve been learning the piano since I was six! I did about ten years of classical training before I started really immersing myself in jazz theory last year – it’s a whole new way of looking at music, I definitely feel like it has enriched my writing.

How did you get your music to the sound that it is now? Is that type of music something you’ve always been a fan of, or did it happen more naturally?

I’m not sure really! I think my lack of technical production ability plays a big part in it actually, haha – I never really think about that stuff but I guess I’m more interested in making things sound warm and enveloping than ‘clean’ and technical. Also I tend to bring out the elements that I’m best at! Which is why the melodies and textures are really prevalent when I mix and the ‘beats’ are pretty sparse and quiet.

Who/what are some of your influences?

Oooh there are so many! Jonti is a really big one at the moment – he’s this really amazing producer from Sydney that just has a way of making everything feel so organic and ‘real’ whilst also being really complex harmonically and really catchy. Pretty much the best combination, I’m so in awe of him.

Where do you draw your inspiration from for your lyrics and songs?

I guess I draw inspiration from everything I’m exposed to – it’s not something I think about very much but definitely all the different types of music that I listen to have an effect on my writing and production. Music is just so great, there’s a lot to be inspired by.

I know you probably get this a lot, but what are some of the limitations of being younger, if any?

I don’t know, I’ve never really experienced it any other way so I guess this will be a lot easier to answer in a couple years! The only real limitation at the moment is not being able to go on tour properly. I can’t wait to be able to do that.

You’ve got some really beautiful collaborations, especially the one with Pepa Knight. How did that come about?

I just sent Pepa an email asking if he’d be interested! I had never spoken to him or met him prior to that, but his band Jinja Safari were a pretty important band for me growing up so I just thought that it might be worth a shot. When he agreed to do it and came back with such a beautiful vocal line I was absolutely floored.

Does your creative process differ much when collaborating, as opposed to your solo stuff?

It depends, really – usually I’m just sitting in my room recording and then when it’s ready I email it to whoever I’m working with, which isn’t at all different to the way I work on my own. If we’re sitting in the same room and writing together, it’s pretty different.

I’ve got to ask – how did it come to be that Breathe In is on the new Zach Braff film soundtrack? I hear he’s quite a JW fan!

There’s an interview kicking around online somewhere where he says that a whole bunch of people sent it to him suggesting that it should be in his next movie, which in itself is pretty crazy for me! The fact that it made the cut alongside artists like Bon Iver and The Shins, who both inspired me to pick up instruments and start writing songs is staggering – I don’t think it’ll ever sink in. I’m so grateful.

Do you find any pressure associated with your music as you continue to get bigger/more people listen in? How do you handle that?

Not really, I think my music is quite honest in the sense that everything that I make reflects pretty well on my personality etc. I’d like to think that if I keep doing that people will keep listening and hopefully stay interested as I grow as an artist.

How do your friends and peers, and teachers, handle your internet success?

Everyone at school is so supportive of what I do. At first I didn’t really talk about it much but it seems like the word has got around a bit, it’s pretty cool.

If you could collaborate with anyone, who would they be?

That’s a really hard one – i feel like I give a different answer every time I’m asked that! Maybe today it would be Yannis from Foals – they just got announced on the Splendour lineup so I’ve been getting reacquainted with their stuff and remembering why I loved it so much in the first place. He’s pretty amazing. Otherwise, maybe Bon Iver?

How does one practice their live show, with few opportunities to get firsthand experience?

I used to practice a lot at home – it’s not so different to playing in front of people really. Recently I’ve had quite a few gigs in a really short period of time so I’m pretty comfortable with the way the show works at the moment. The only thing I still really practice is vocal warm-ups

What is next for you?

Lots more shows and hopefully another single before the end of the year. And some stuff that I probably can’t talk about at the moment too ;)