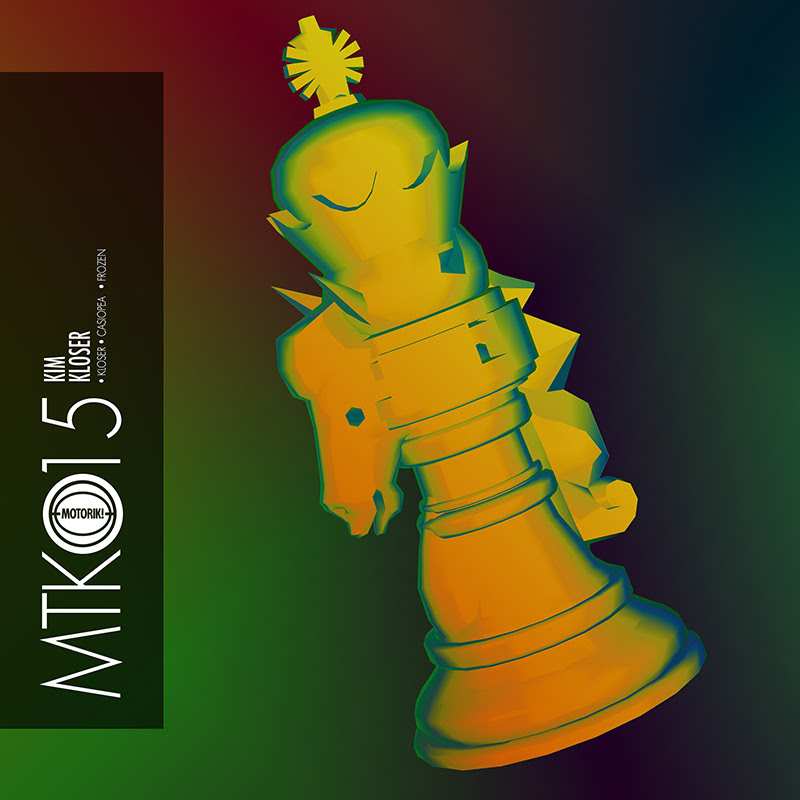 Best known for his work as part of the explosive duo that is The Presets, Kim Moyes likewise has a alter-ego as a DJ KIM. With the release of his latest EP Kloser, his most coherent release yet, he heads around Australia on tour. We had a chat about fans, the future and a little bit about that last minute Splendour slot.

Hey Kim how are you?

Thanks for agreeing to be interviewed. So you’ve just released the EP Kloser – how did it all go?

It seems to have gone alright. It only just came out last week but so far so good. I mean its not a huge thing, its just putting a few tracks together and stuff that has been sitting on my hard drive for a couple of years. And I only just got the motivation to put it together and call it a release. Just a bit of fun really, not trying to change the world or anything.

Yeah well there’s some really good stuff on there.

So have you had a lot of support from The Presets fans? Do you think that’s where the main fan base comes from or do you think you’re tapping into a new fan base with your new stuff?

I’m not really sure. I’ve been releasing stuff under the KIM label since about 2005 or 2006, around the time The Presets released their first album Beams. I guess I’ve had this parallel life going on at the same time as The Presets and I’m sure the fan bases have crossed over. But I guess the music I’m releasing under my own name now is quite different that I used to release. It’s still very much dance music and club orientated but if you look back at the early releases like Wet ‘N Wild it’s a bit more teeny-bopper electro. I had that release in 2009 which was called Selected Jerks, which was basically all my twelve inches, and all my releases compiled onto one. After I finished that I promised myself that from now on if I released solo stuff I would try and follow through with an idea, not these just random one off tracks. So I guess that’s what I was hoping to achieve with Kloser. It’s hard for me to put into words but if you listen to it there’s a concise theme. But I’m not really sure who’s getting into it really *laughs*.

Well as long as people are getting into it then that’s all that matter I guess *laughs*.

I think the response has been really good, the talk has been really good and supportive about it. From what I can see online the response has been pretty good, it’s not like gangbusters or overwhelming. It’s not number one on hype machine or anything. But it’s not really meant to be in that world really. Instrumentalist music is also a bit more specialist or niche and has a bit less of an audience than vocal music does.

So is it just a side project, or a release from the Presets stuff or is it where you would head permanently in the future?

It’s just a bit of fun, a guess a bit of an antithesis to what I do with The Presets or what I do with anyone else. I wear quite a few hats in my musical life. Obviously there’s The Presets one, but even within The Presets there’s different hats that I wear. I’m also a producer that’s been working on other people’s records for the last few years. I did the Kirin J Callinan album and I’ve just recently finished Jack Ladder’s record. I’ve been producing and writer for Beni for many years. So I guess as a collaborator I spread myself around a lot. I don’t want to say thin but sometimes it does feel like that. I guess sometimes it’s hard to concentrate on what you really want to do. There’s always a lot of compromise, but I love doing that and its what I like the most – the teamwork, to make two strong ideas work together. But at the end of the day it’s kind of nice to not have any other kind of input *laughs*. So for me it’s just about focussing on what I really want to do at any given time. As for how it will play out in the long term, I’m not sure. I do have ideas of getting into the studio by myself and making an album’s worth of material but until I sort of pull my head out of my arse, I don’t really know how I’m going to do that.

Yeah that’s true *laughs*. So you’re about to head out on tour – are you excited for that? You’ve had some massive tours in the past for The Presets, which I’ve read at times got tedious. Do you think it will be different being alone?

Well I’ve done DJ tours before, I normally do one every year so I’m no stranger to it. And it will be very different, I mean sometimes I get nobody coming to the shows *laughs* but generally they’re pretty good. It’ll be really fun. I’m going out with the Motorik guys. It’s basically just a bunch of friends going out and playing records in a club for people who just want to come down and have some fun. It’s not exactly rocket science. It’s a different beast to The Presets where there’s always a lot of expectation. Just being able to go into a club and it’s a smaller environment and play different types of music, playing later. It’s not as if everyone’s come to see this big act it’s more like people are coming to get stuck into a night. I really enjoy it.

It must sort of feel as though you’re starting all over again? With The Presets, you get enormous audiences, it must be quite odd.

It’s just a different environment. The Presets wouldn’t be doing a gig in a club that can only hold 500 or a 1000 people and The Presets have a lot of equipment and it’s a big experience. We grew up in clubs and that’s where our love for the music really comes from. I don’t think of it as starting all over again, I think of it as coming home.  You can sink your teeth into a club for hours and hours and go through all sorts of musical journeys. Different DJs will take you different places and I really love that about the club culture.

I can’t let you go without asking about Splendour. How was it all?

Yeah it was really great! Obviously it was very last minute so it was a bit of a panic to get it all together – we had to tweak the set to get some new tracks in there but it all came together and I think it went down really well and it was a resounding success. Lucky for us that London Grammar got sick but we felt sorry for them because cancelling a show is a total pain in the ass – letting down fans and all that. But it was a good opportunity for us to do our thing.

How did you like playing in the amphitheatre, I mean at times it was just nuts how many people were packed in there.

Yeah it was pretty great in the amphitheatre, it just seemed to be a sea of people. It was really fun for us. Were you there?

Yeah I was and I saw most of your set and it was brilliant I have to say.

Anyway thanks for agreeing to be interviewed and good luck with the tour.

No worries, thanks for the chat!