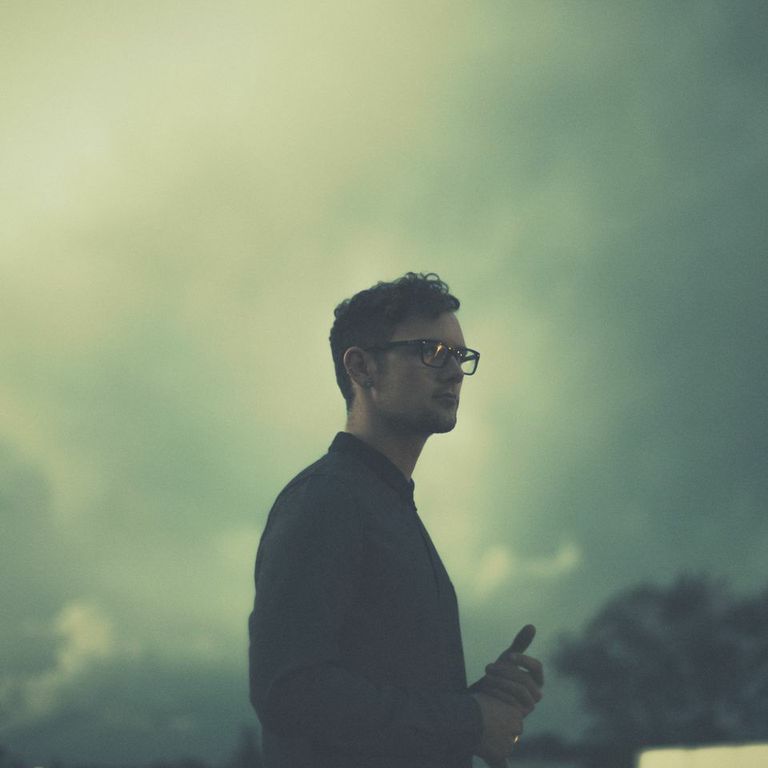 With one of the biggest songs in Australia of 2013, a whirlwind tour schedule and a pretty incredible Splendour In The Grass set, it seems The Kite String Tangle knows no limits! We spoke to the man himself, Danny Harley, the morning after his Listening Party for his new and highly anticipated EP, Vessels and just before he sets off on another headlining tour to try catch a glimpse into what has been a pretty incredible 12 months for the Brisbane native.

How’s your head after last night? Did you have a good night?

I had a great night! I am recovering very well. I was so caught up in talking to people that I didn’t actually get to drink too much.

How did you think the night went? Was the EP received well?

I don’t know actually. It was kind of a tough position to gauge from. I spent most of the time talking to people, but I think it was received well. When it comes out we’ll get a broader, more global review of it!

What are your feelings towards the EP as it’s about to drop? Nervous?

Yeah it’s out tomorrow! It’s been a year of planning and writing leading up to this. It’s so crazy. It’s a lot of pressure to put on six songs. I’m nervous but excited.

How did you go about writing and creating the EP? What was some of the inspiration behind it? A year is a fair bit of time!

*laughs* Well, I guess it took such a long time because, when I released Given The Chance, I hadn’t really planned on doing this as a career. It kind of built and built and gained momentum over six months or so, then I kind of realised I should really be releasing more music, or a body of music. I just started writing, and I already had some demos. I kept writing and picked the best ones and workshopped them. I got picked up by a label in the meantime so I worked with them a little bit. So yeah, all this stuff was happening that made this process longer. It’s not like I’ve been crafting these songs meticulously every day or anything. It has been a long process but it’s been pretty cool!

That is pretty cool! What were some of the inspirations for the record? Arcadia is about a relationship break down and trying to go back to how things were but you can’t, isn’t it?

It’s about the relatable, or at least I hope, situation of trying to spark up a relationship again, and you keep going back to it – but it’s not the same as it was. It’s sort of this unattainable ideal, hence Arcadia. I think a lot of the EP is based off of a lot of personal experiences. It’s kind of like my own personal music therapy session. I try to write so it’s open to interpretation, or at least relatable for people, and not too whingey!

So it’s kind of cathartic in a way?

Lyrically; definitely. Musically; the whole process is pretty different and I don’t even really have a definitely process every time. A lot of the time I’ll write the beats on my laptop then go from there, and usually melody and lyrics are the last thing I do. Sometimes it varies though.

How do you juggle TKST and Pigeon? Are you still working with Pigeon?

The last time we did a tour was in February this year, around the same time I did my own tour. Since then we’ve gone on a sort of “indefinite hiatus”. I think they understand that when you’re getting a bit of traction with something, you have to react to it. They’ve been really good and really supportive of the whole project though. It’s always something that has potential for us to go back to!

I’m only asking because I’m a huge Pigeon fan. That’s how I actually got onto your solo stuff!

Oh, no way! Well, Pigeon will always have a special place with me.

So, how did you recover from Splendour? I’ve read and heard several times that your set was one of the highlights of the whole weekend!

I absolutely terrified, but in a good way. I hadn’t played a show for about a month prior, so it was just all Splendour in the lead up. It was the only thing I could think about really. It was a big mix of emotions going on! I felt pretty comfortable with the show and everything that happened. It was more like actually doing it, and hoping everything works, and that people like it, and that people actually come! Everything went really well though. There were a few technical difficulties but I don’t think anyone else saw that.

I’m sure those went unnoticed!

I hope so! We had this big confetti blast at the end, and it was all very euphoric.

Yeah I caught the confetti blast! It was pretty unreal!

Those things are expensive… But, I mean, how often do you play Splendour?

So worth it! With the success of Given The Chance, has it been good for your creative process or a bit nerve-racking to create something to follow that?

Well, that song had such a nice organic growth. It just kind of kept gaining momentum and snowballing. It’s been really hard to recreate that and I think its best not to try.  That’s how Given The Chance happened – I just wrote it because I felt like it, and it happened really naturally. I didn’t write it for any reason or purpose. I’ve been trying to just do that, rather than craft a song to do the same thing or react in the same way. I’m just trying to write music that I like, and make it so that I’m proud of it. I want to be proud to show others.

Is the success of Given The Chance intimidating for you with your other songs?

It’s not so bad. It appeared to happen really quickly, but it really wasn’t. It was out for like two months before Triple J picked it up, and even then it didn’t really gain traction for a couple of months, and then a couple of months after that the Hottest 100 came out. So it has kind of built slowly, but in this monstrous way. It’s nice actually because it was gradual, so I got to dip my toe in!

You’ve had such a huge 12 months, and you’ve ticked some pretty cool boxes! What are some of your highlights?

Splendour in the Grass was one of the biggest festivals I’ve ever played- it is one of those dream festivals. That is a definite highlight. Coachella too, like you said. Not many people get to go over there. I didn’t play my set though; I sung guest vocals for someone else. That is still on my goal list, but we’ll put that on the back burner for now. That was a huge highlight as well. I had an artist pass and I got to be backstage and walk past Beyoncé. It was the weirdest taste of celebrity life…

Something that’s appealing to you now?

Not really, actually. I’m happy being the guy that plays music and travels around as a job. I think that’s pretty cool and that’s going to work for me for the next couple of years.

Nice! Your next tour is coming up now, are you looking forward to anything in particular?

The Sydney show. It’s a fair bit bigger than the others; it’s like 1000 people or something. That’s going to be huge. I’m also looking forward to going to a bunch of places I haven’t been yet. I’m going to Darwin, Ballarat, Bendigo… So going a few regional areas that I wouldn’t have gone to previously. Oh, and Tasmania! I’ve never been there!

Cool! Going all the way down there! So what can audiences expect from the shows?

Well for those who have seen me before, they know I’ve got a sort of semi-circle of gear around me, and I play with knobs and hit things and sing. But there is also a bunch of cool stuff that will be going on too. Lots of lights and sounds!

Do you take the live setting into account when you are creating your songs?

I don’t really take it into account when I’m making a song, but it does take a little while to get it done. I finish a song, and then I go, “Ok, now how do I play this live?” It’s completely separate challenges in my head, but I feel like, because I’ve been playing a lot of these tracks before – it’s been a kind of rolling development. It’s been a work in progress for a while.

So what is next after this tour? I feel like you need a nice break soon!

No, heading straight to the US *laughs* then to the UK after that. Then I’m coming back mid-November and doing some more stuff then!