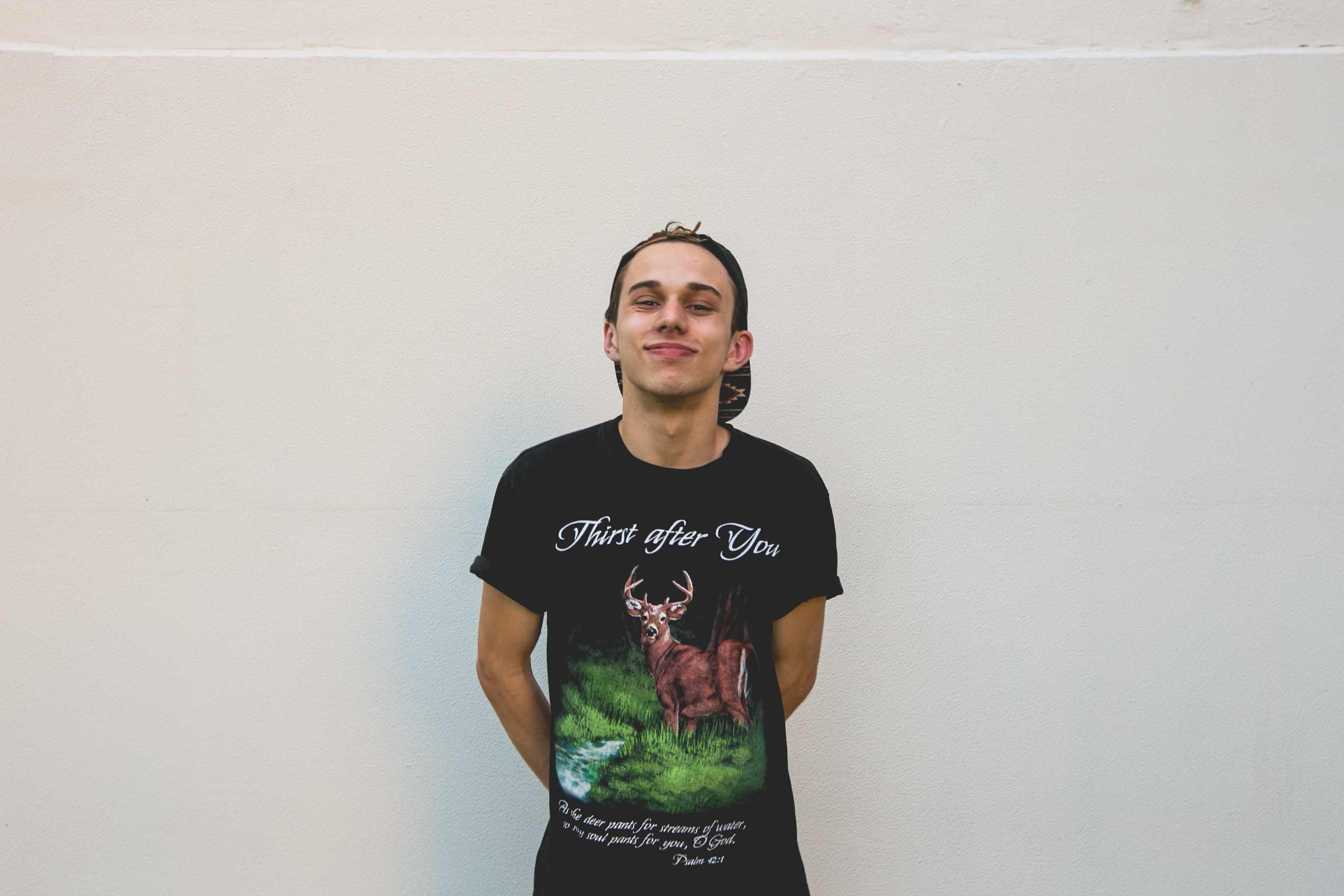 20-year-old Brisbane producer Joey aka Young Franco hasn’t been in the limelight for that long, but he’s already built a pretty sweet rep, and there’s no sign of him slowing down. Given two thumbs up from the likes of Motez, Peking Duk and Alison Wonderland, he’s just announced a string of new tour dates, as well as sets at the huge Stereosonic festival tour in December. I caught up with him at Splendour in the Grass where he opened the Red Bull Music Academy stage each day with a mammoth three hour set. Despite having a bad cold, he was in great spirits and we had a lovely chat about influences, his journey so far, and getting tweeted by Kanye West.

So you’re tired and sick, and playing three hour sets, three days in a row. How is that working out for you?

It’s alright, I think you prepare yourself for three hours – you bring vodka and red bull, haha! But you can’t have too much, or you go nuts.

When you do a three hour set is it all preplanned or is it live?

I just DJ when it’s a three hour set, I’m moving towards a live set but I guess that’s in the near future.

Yeah, I’ve spoken to a couple DJs who do six or seven hour sets regularly. It must be tough

You’ve gone from a four track EP to all of this in such a short amount of time – has it been really crazy?

It’s been good, I don’t really think about it, it’s just been something new every day. It’s been really fun but there’s a lot more I need to do to get to the point where I wanna be. It’s been really fun meeting really good people, but it’s also hard, you get stressed out. Given opportunities like this has been so good.

Has there been any one moment where you’ve felt like, ‘holy shit, this is it’?

Well Kanye West hasn’t tweeted me yet – that’ll be the moment!

Haha, so when Kanye tweets you, you’ve made it!

Exactly! That’s the bar. I guess moments like that have been when you’ve met really good people who you were into, who you really admire. I go nuts over Rufus, they’re really good and they’re really nice and friendly. I’ve been lucky enough to do shows with Alison [Wonderland] and Wavey [Wave Racer] – they’re all just musos, it’s so good.

So how did you get started with producing originally?

I started DJing around 15, 16 and I was really into turntablism and hip hop and that whole culture and the classic people – not so much rappers, more producers like Ta-ku, 50 days for Dilla and all that. Yeah that’s how it started, and I guess it’s a natural development from DJing and learning and understanding. And then you’re like, well, I wanna make my own shit. There wasn’t a day where I woke up like, ‘today I’m going to be a producer!’

When was your first gig?

I was probably 16-17. There was this one place where they’d play only vinyl. I kinda just didn’t tell them I was under 18, haha – I didn’t lie, I just didn’t tell them! It was cool, ‘cos I used to collect a lot of wax and brought in some vinyl, it was exactly what I was into.

Which are some of those early producers that really got you into it?

I used to love Premier, Pete Rock, Marco Polo. But if you asked me this question an hour later I’d probably say something different. I used to love The Roots. I still love them!

Oh cool, I got to catch them last year.

Were they good? I heard mixed reviews.

I preferred their Sydney show to Falls [Festival], but it was good. I was a little let down that when they’re live they seem to be more of a cover band these days – probably because they play on Jimmy Fallon. Have you heard their latest, And Then You Shoot Your Cousin?

I haven’t got their new one but I have Undun, the one before that, it’s really good.

What are you listening to right now?

My problem is, well it’s not really a problem, but I listen to whole albums. And when I listen to albums I’ll smash it for two months. I love songwriters like Disclosure. Every song by them is nuts. I’m not sure how you pronounce it but I really Stwo, and Schoolboy Q and SBTRKT

Well I’ve got some shows coming up, and just working with vocalists for the record.

Ah I can’t tell you yet – you’ll have to hear it! But it’s coming along, it’s just getting the top lines now and getting the right person for the right song. It’s a long process, but it’s good. It’ll be worth it in the end

If you could play anywhere in the world, where would you choose?

I really like Low End Theory in LA, where Peanut Butter Wolf and all those guys play. Yeah, I’d definitely play there.

Did you catch him last night?

So playing at Low End Theory and getting tweeted by Kanye – that’s where you gotta get to.

That’s it! That’s the plan.

And a bonus pic with the man himself: 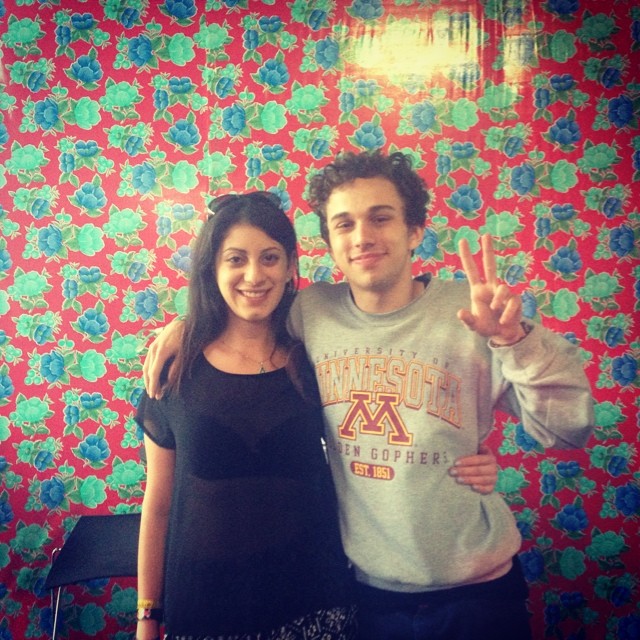