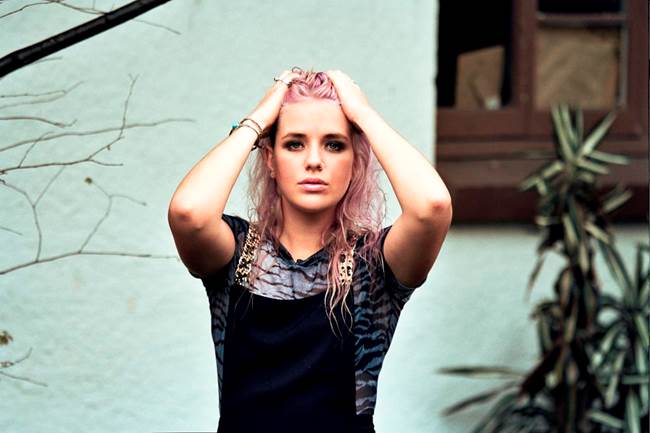 Hannah Shepherd, better known as Airling, hasn’t been around for long – but she already boasts an enviable resume. Having scored opening slots for the likes of Asgeir, James Vincent McMorrow and The Paper Kites, the Brisbane artist is also the first to be signed to Tom Iansek’s (Big Scary) own label Pieater. Iansek has also produced her forthcoming EP Love Gracefully, his first production since the highly acclaimed and simply stunning 2013 Big Scary album Not Art. The full EP drops on September 19, and will be followed by an intimate string of east coast tour dates.

Wasted Pilots is our third glimpse of what’s to come, following on from earlier singles The Runner and Ouroboros.

A sparse, minimal opening featuring a singular drum beat and a simple vocal loop begin to the form the rhythm. Melody and bass come in together, forming an instantly interesting contrast between light and dark, high and low. Airling’s voice is breathy and angelic, with a huskiness that deepens and matures her otherwise pop-friendly tone. The bass isn’t heavy, but it packs a punch – and it’s a layer that simply adds so much.

This track really creeps up on you. The layers build, but you barely seem to notice it, until you realise your entire body is moving along to the beat. The choruses aren’t exactly louder – they certainly don’t change the pace or pull you out of that mellow pool. But they’re richer, fuller, and catchy as hell.

A synth lick here, a guitar trickle there. This is a simple track that’s been beautifully decorated, adorned with tiny little musical beads. The rhythm glitches up and fills towards the end, rounding off the track a little before the radio-friendly three-and-a-half minute mark.