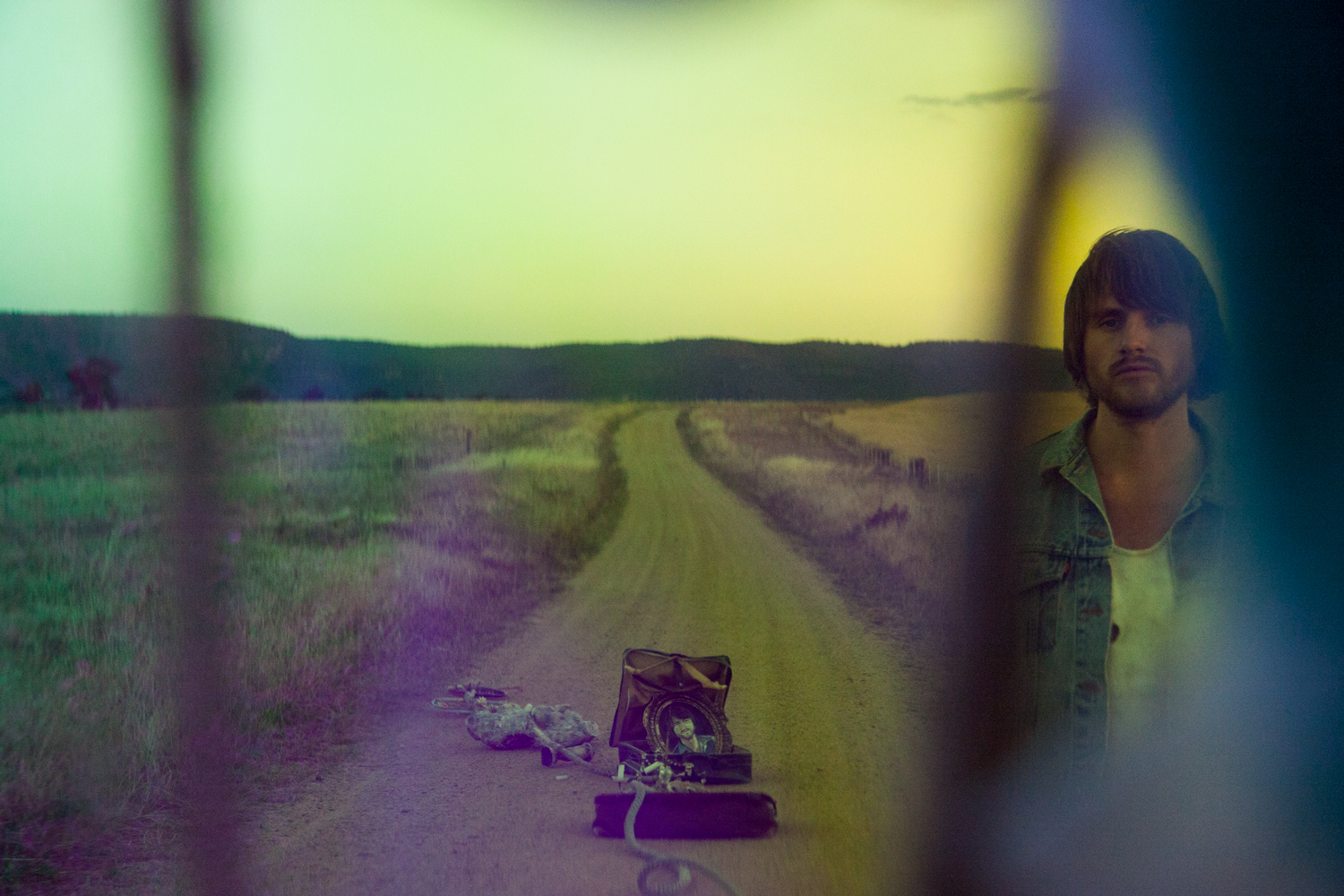 With the release of his debut EP, former Deep Sea Arcade member Simon Relf has allowed us to delve into his deepest thoughts with side project, The Tambourine Girls. This collection of tracks lays out a psychedelic landscape painted with a hint of brit-pop and drenched in exotic vibes. The EP harnesses elements you would find in DSA works, however resonates Simon’s distinctive sheer talent and musical direction. We were lucky enough to organise a Q&A with Simon to dicuss his transition to becoming a frontman and recording The End of Time.

Congratulations on your release of the The End of Time EP and the kick off of your launch tour! What are you looking forward to the most with this tour?

I’m just excited to be playing with such a great band. They really are something special and I can’t wait for people to hear it.

What motivated you to begin this solo project?

I’ve been writing songs for a long time but not really showing them to many people. My friend Carlos (our drummer) told Tony Buchan (our producer) about my demos, and within a month or two we were in Rancom St Studios recording them. I didn’t really have to push anything it just felt like it wanted to happen.

How has venturing off on your own been? Scary? Exciting?

It’s been both. This past year’s been a bit of a blur with coming back from London, releasing the EP and leaving Deep Sea Arcade, and I don’t really know what to make of it just yet. But I’m lucky, because I’m surrounded by so many great people like Tony, the guys in the band and the good people at Chugg Music. In fact I think that’s the best currency you make from touring for years in a band like Deep Sea Arcade; the people you meet.

How are you finding the transition from guitarist to frontman?

I love singing so much. It’s such a release. In fact I’m starting to realise that writing songs and not singing them is bad for your health. I don’t really know what kind of “frontman” I am, or will be, but it feels right to be on stage singing those songs with those guys.

What were your main inspirations when creating The End of Time EP?

A lot of the inspiration came from the stand up comedy of Dylan Moran, and reading William Blake. I once read that Hunter Thompson called music his “fuel” for writing, and I get that fuel from reading. It seems to fill your mind and empty it out at the same time, and music often comes from that state.

What was your favourite thing about working with Tony Buchen?

The great thing about Tony is when you walk back into the control room after laying something down, it always sounds amazing. No producer is right for every artist, but at the moment we seem to be trying for the same thing, and I love working with him.

I read that the vocals we hear on Blood and Bones is from the first take. Incredible! What track from your EP would you say took the longest to record, and why?

Yeah we had a go at overdubbing another vocal take for Blood and Bones but it never matched the feeling of the original live take so we just kept it.

To be honest, nothing really took that long. It was just two days of tracking with the band and a few days overdubbing some parts and harmonies and that was it. I didn’t know what I was getting myself into beforehand, but it was really fun and easy, and the band was so great. Maybe the fact that no one really knew what to expect from the whole thing helped us to just enjoy it.

Who would you say your greatest musical influences are?

That question is tough because there are so many, and sometimes it’s not the music you listen to the most that has the biggest influence on you.

Neil Finn has always been a big influence, and Bob Dylan’s music is something you can keep coming back to. Erykah Badu and The Roots have also had a big impact.

How have you found the crowd at your solo shows compared to Deep Sea Arcade gigs? Is it a totally different vibe?

It was different, they were all very quiet and attentive, and because of the way the lighting was I generally couldn’t see them. I just sang out into darkness most of the time and only knew they were there by the applause.

Touring with Dustin Tebbutt would have been great! Have you got a favourite moment of the tour?

It was really great, and he’s a very cool guy. One thing people probably don’t know about him is he has a super-dry sense of humour. His jokes are like quick little jabs from Muhammad Ali, and I never see them coming.

If you could go on tour with anyone in the whole world, dead or alive, who would it be?

You’ve probably been asked a lot, but how did you come up with the name of The Tambourine Girls?

Everyone always asks if they can be the tambourine girl in your band, even the guys. I guess that’s where it came from. Plus I like the tambourine a lot. It brings a lot of life to a recording.

What’s next for The Tambourine Girls?

We’re going back into the studio to do some recording very soon, and we have some shows coming up supporting Davey Lane on the NSW leg of his tour, which I’m really looking forward to.

Catch The Tambourine Girls on their last leg of the tour: Sunday 24 August | Shebeen, Melbourne