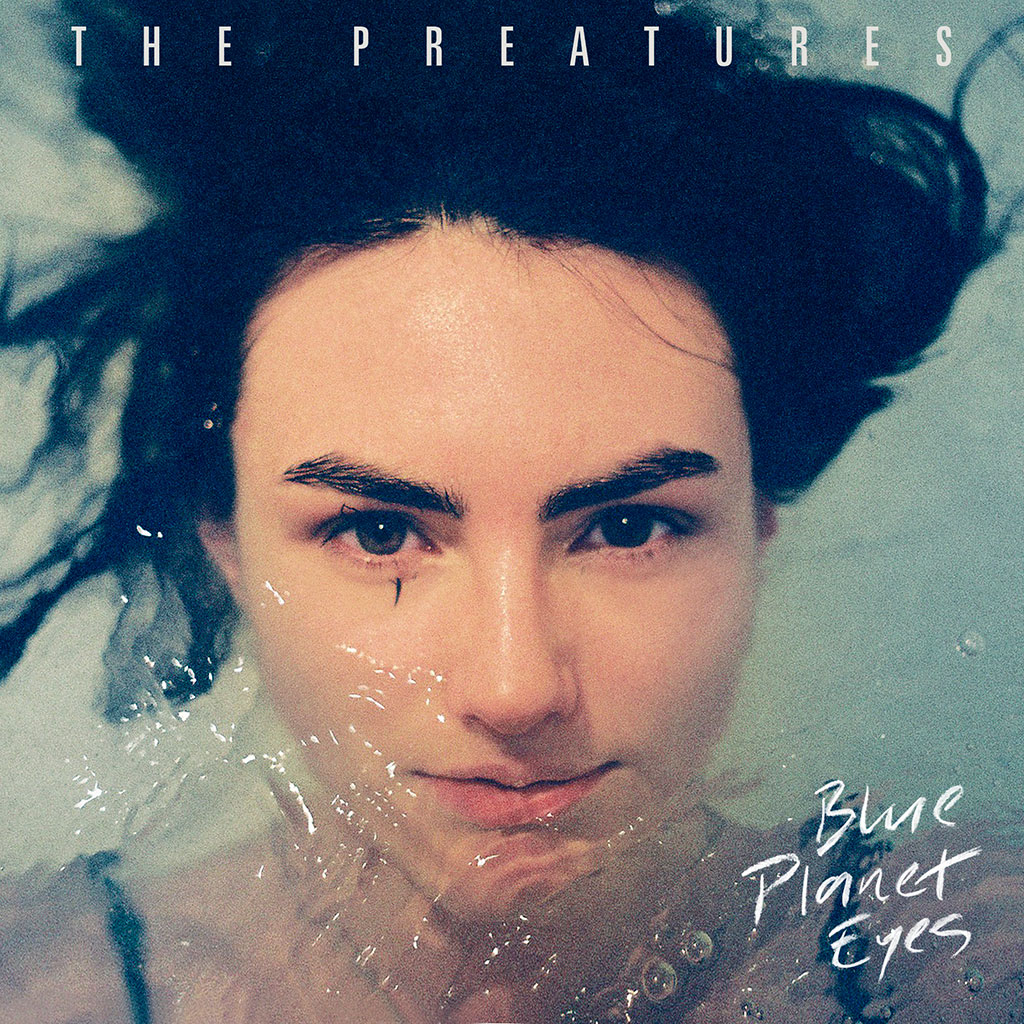 What a whirlwind year 2014 has been for The Preatures. With just two EP’s to their name, the Sydney band found themselves perched in the Top 10 of the Hottest 100, played one of the most fun-filled sets to several thousand people from the main stage at Splendour In The Grass and today have released their debut LP, Blue Planet Eyes.

Recorded between studios in Austin, Texas and Surry Hills, Tango In The Night-era Fleetwood Mac first springs to mind upon pressing play. Opener Blue Planet Eyes with a pounding, disco bass line bursting out of a soundscape shrouded in mist and the ethereal voice of frontwoman Isabella Manfredi. Lead single Somebody’s Talking continues the vibe, sounding like a wonderful throwback to Pat Benatar circa Love Is A Battlefield.

Not much more needs to be said about critically-acclaimed third track Is This How You Feel. It was voted 9th in the Hottest 100, won the 2013 Vanda and Young Songwriting Competition and straight catapulted The Preatures onto the national stage. Manfredi and guitarist Gideon Bensen’s beautifully juxtaposed vocals over a pulsating rhythm section and clean, classic rock guitar making it a staple at parties across the country for a year and change.

Ordinary and Two Tone Melody push back the tempo just a bit but are more of an opportunity for Manfredi to showcase her fantastic vocal range, instilling just a hint of fire in her usually sugar sweet voice on the former and crooning soulfully over a synthy ballad on the latter. Rock And Roll Rave sees the band swaggering down a surprising electronic path, pounding bass slithering around robotic backing vocals and ultimately warping the listener back to a smoke-filled “Rock and roll night club ‘77” following track Whatever You Want a similar extension of this.

Cruel is exactly what I was hoping for and is one of the standout tracks here, some more of that pure, old time rock and roll the band are more than capable of producing (see the absolutely raucous Take A Card from their first EP). The Preatures are at their absolute infectious best here, Manfredi and Bensen’s interplaying vocals once again an utter treat. Penultimate track It Gets Better is a clap-along rocker with a punchy guitar riff anchoring the chorus and a rare, jet-powered guitar solo bringing the song to a crescendo. Business, Yeah wraps it all up; an easy like Sunday morning ballad to close the curtains on what is a concrete-solid album.

Overall, Blue Planet Eyes is exactly what you had hoped The Preatures would produce for a debut album. Traversing every musical path they’ve taken across their previous two EPs, the album provides a total experience of the band; the pop songwriting, and musicianship par excellence from start to finish. Blue Planet Eyes should go a long way in establishing The Preatures as one of the front-running new acts in Australia, with a release impending across the Atlantic in the US and UK. It’s out here today.