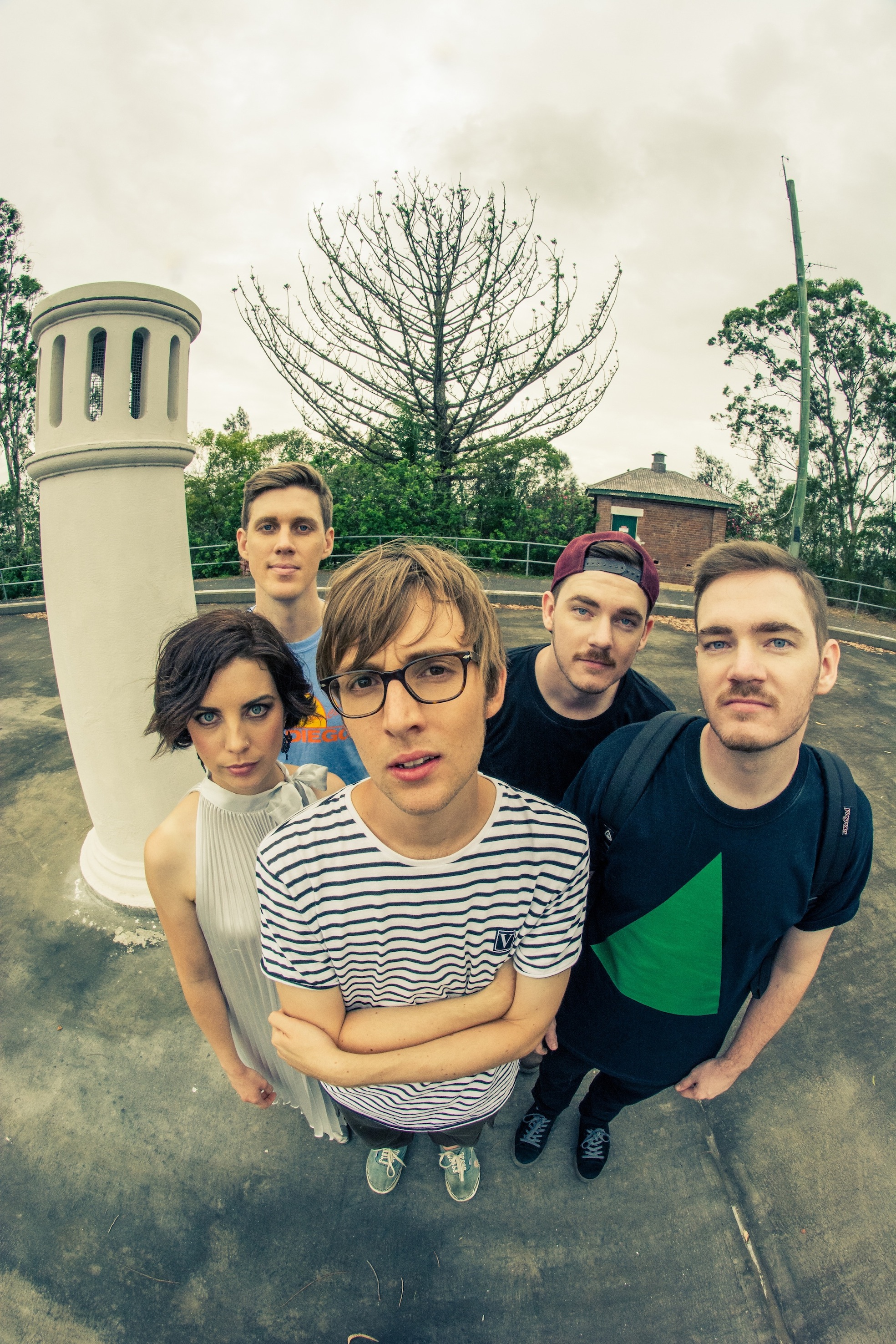 I couldn’t believe it. Just a few months after salivating over Ball Park Music’s Splendour set, here I was in the grand Enmore Theatre, about to witness it all over again. I had high expectations, and boy, did they deliver.

As I entered, I was given the fabled pair of 3D glasses. With a taste of nostalgia, the green and red glasses are one of the unique aspects of this tour. Granted, the glasses had a similar effect to what I find when watching a movie with 3D glasses – initially cool, but rapidly make you feel a little queasy, especially in an enclosed theatre with flashing lights.

Ball Park were lucky enough to secure two brilliant and seriously diverse warm ups. First to hit the stage was the endlessly quirky Pluto Jonze. Pluto Jonze is above any music classification – ranging from orchestral to alternative pop to whatever genre could describe his most popular hit Eject. Their set was, essentially, a physical representation of their music – random, creative and just a tad odd. Don’t believe me? Their tracks are evidence enough, including their opener Plastic Bag in A Hurricane and what could possibly be dubbed the most fun word to say Hispedangongonajelanguiro (Capiche?). While never made for live performances, considering it mainly features an artificial computer voice, Eject still hit the mark.

After this slap of quirky goodness, Millions had the unenviable task of following up. Proving to be the perfect interlude between two such high-octane bands, Millions demonstrated they are one of the most underrated bands around. In equal parts caressing and energetic, they moved the audience through their new album and old favourites. However, the most moving proved to be an unexpected rendition of Unchained Melody, which had the audience disappear into a sea of swaying hands.

But the night really began when the main act hit the stage. There are few bands that exude as much energy as Ball Park Music. One of their greatest advantages is that with three albums under their belt in such a short amount of time, they have a fully stocked arsenal of well-known hits for the live audience. And while their Splendour in the Grass set was more of a ‘best of’ compilation, tonight was for the more dedicated fans. We heard lesser-known Puddinghead tunes, such as the stripped back, laid back Cocaine Lion, as well as earlier tunes that set the crowd into party mode. Sad, Rude, Future Dude never disappoints, and endlessly amusing hearing an entire audience shout in unison ‘I only have sex with myself’. It was during this song that I finally understood why the Enmore is known for its bouncy floors. Had I taken a break from shouting enough to ensure a croaky voice in the morning, I might have considered the engineering feat that is creating a floor that largely resembles a poor mans trampoline. Regardless, the hits kept on rolling, never leaving the audience at ease by alternating between the energy infused tracks such as Everything is Shit Except My Friendship With You and the down tempo, sombre ballads such as Coming Down and Surrender.

Imploring the audience to keep their glasses on for a photo, it was clear that they did add another layer to the atmosphere. Another highlight was the ‘remix’ of iFly. In our recent interview with Sam, the lead singer, he talked about the monotony of playing the same songs time and time again. It seemed this was the solution to iFly, one of their earliest tracks. Longer and calmer, it put the spotlight on Sam’s raw vocals. As the time flew past, it was quickly time for their recent single Trippin’ The Light Fantastic of which the tour was named after. As the beat dropped, the floor had its most severe test yet. Water (I hoped) sprayed through the air from a juvenile somewhere in the audience, as the audience screamed in delight. By the time it was over, everyone had a quick breather, before demanding more. Luckily, after a brief walk off stage, Sam returned with Fence Sitter, just to ensure that you were adequately tired enough from dancing. Although Sam thanked us one more time for our support, the audience was unanimous in thanking them in return, with yet another rapturous applaud to end another unforgettable Ball Park set.