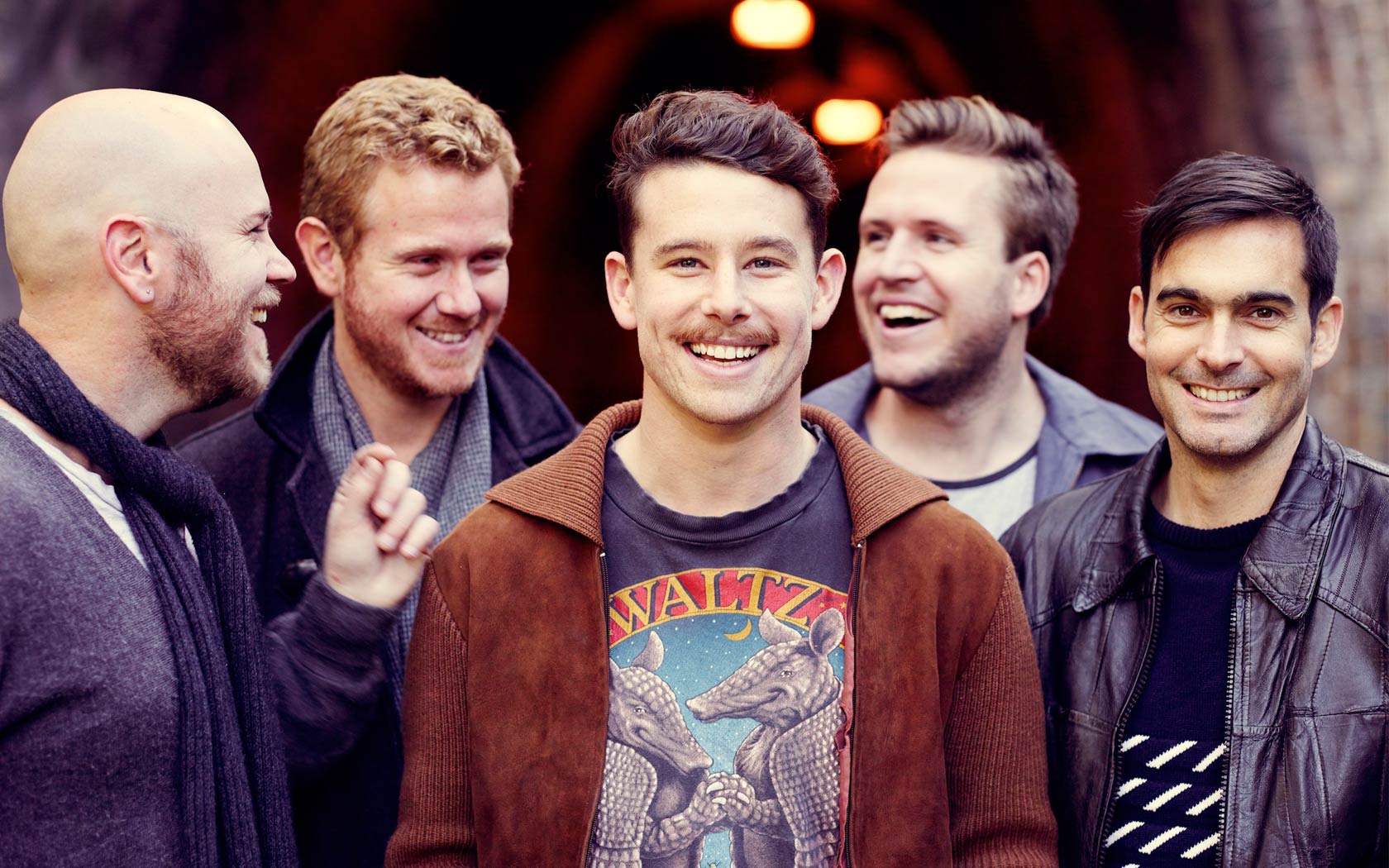 For several years now, Sydney five-piece Boy & Bear have been at the forefront of Australian music. Internationally, too, they are lauded, and have been touring relentlessly over the past year on the back of their sophomore album, Harlequin Dream. Last night, according to frontman Dave Hosking, was the band’s 102nd performance of the year.

Supporting Boy & Bear was Brisbane’s Holy Holy. Based around the songwriting partnership of Timothy Carroll and Oscar Dawson, Holy Holy make tremendous, grand music brimming with emotion. Carroll has an unequivocal knack for lyricism, while Dawson has an unequivocal knack for shredding. Last time I saw them, at Black Bear Lodge, they were headlining their own run of shows, during which Impossible Like You proved a crowd favourite. This was also true last night, but it was a different Holy Holy that graced the stage of The Tivoli. It wasn’t just the development of a greater stage presence and a more polished set; it was the size of the venue. Holy Holy’s music deserves the vast space of a theatre. The unbridled enthusiasm of one middle-aged dancer suggests that others agree.

Fittingly for the ‘Get Up and Dance’ tour, Boy & Bear commenced their set with Bridges, the song from which that lyric is taken. It also happens to be one of my favourites from Harlequin Dream, the album that finally made me appreciate what Boy & Bear have to offer. Indie folk-rock has certainly never been my genre of choice. Indeed, it took the gorgeous melody of Southern Sun, the album’s lead single, for me to take notice and explore the rest of their work.

Southern Sun is the kind of song that works itself into the recesses of your mind and sits there for weeks, surfacing every few days to make you hum it to yourself. Last night, it was among a plethora of highlights comprised of songs from both the band’s albums. Not everything has gone smoothly, though. Drummer Tim Hart acknowledged that they (well, Dave) had forgotten the lyrics to Arrow Flight on seven consecutive occasions. Hilariously, they had been forced to Google their own lyrics that afternoon.

Nevertheless, Boy & Bear were marvellous. Milk & Sticks, Three-Headed Woman and Feeding Line were all very well-received. So too was Part-Time Believer, which may just be the most charming song ever written. The undeniable peak of the set, however, was Harlequin Dream, the lilting title track to their 2013 release, during which a saxophone was gloriously introduced to the fold. Magic.