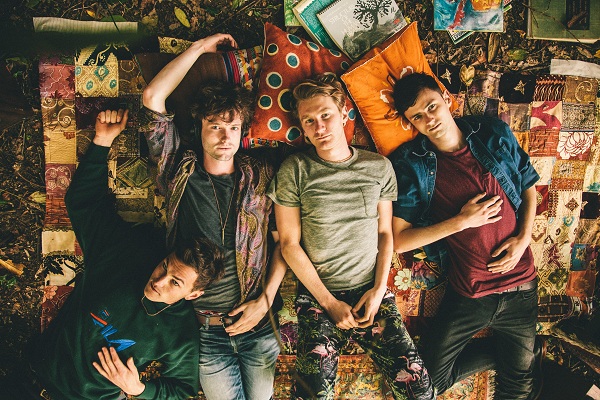 Ahead of their upcoming Falls Music and Arts Festival & Southbound Festival appearances, Glass Animals have treated us to quite a remarkable film clip for their latest single, Hazey.

Featuring London based dance collective, the Solitary Crew, the dancers perform a style of street dancing called ‘bone breaking’, which is pretty damn mesmerizing, and not surprising given the moves they’re doing. Dancers put themselves through extreme stretches and contortion exercises to become more flexible in order to add more dance-moves to their catalogue. Glass Animals‘ songwriter Dave Bayley explains the relevance of the clip to the song by saying, “It [bone breaking] all requires a huge amount of dedication and discipline. To me, ‘Hazey’ is about a parental character who has abandoned those values and eventually becomes wracked by regret. That character speaks in the choruses in the falsetto voice. The verses are spoken by that character’s child in full voice. This boy has matured quickly to pick up the pieces dropped by his parents. It was his attitude that I thought was summed up by the bone breakers.”

Hazey is from the band’s acclaimed debut album, ZABA, which has seen their incredibly successful rise to fame around the world. You can catch Glass Animals at this year’s Falls Music & Arts Festival and Southbound Festival.