UK indie rock favourites The Kooks have announced plans to tour Australia and New Zealand in January. The band released their fourth album, Listen, three weeks ago, after three singles of varying quality hit triple j earlier in the year. Building on the sound they constructed on 2011’s Junk of the Heart, The Kooks approached young hip hop artist Inflo to produce Listen. Consequently, the album traverses new ground for the band, offering more soulful, layered and synth-imbued moments than their previous albums, which earned The Kooks a reputation as one of Britain’s most unique and eclectic rock bands.

With support from The Griswolds and Catfish & The Bottlemen, The Kooks will be performing four Australian shows and one all ages show in Auckland (on the 15th January). Tickets are available at 9am on Friday 3rd October from here. 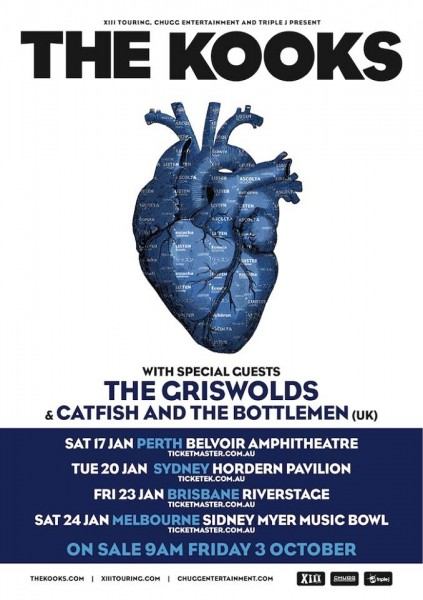