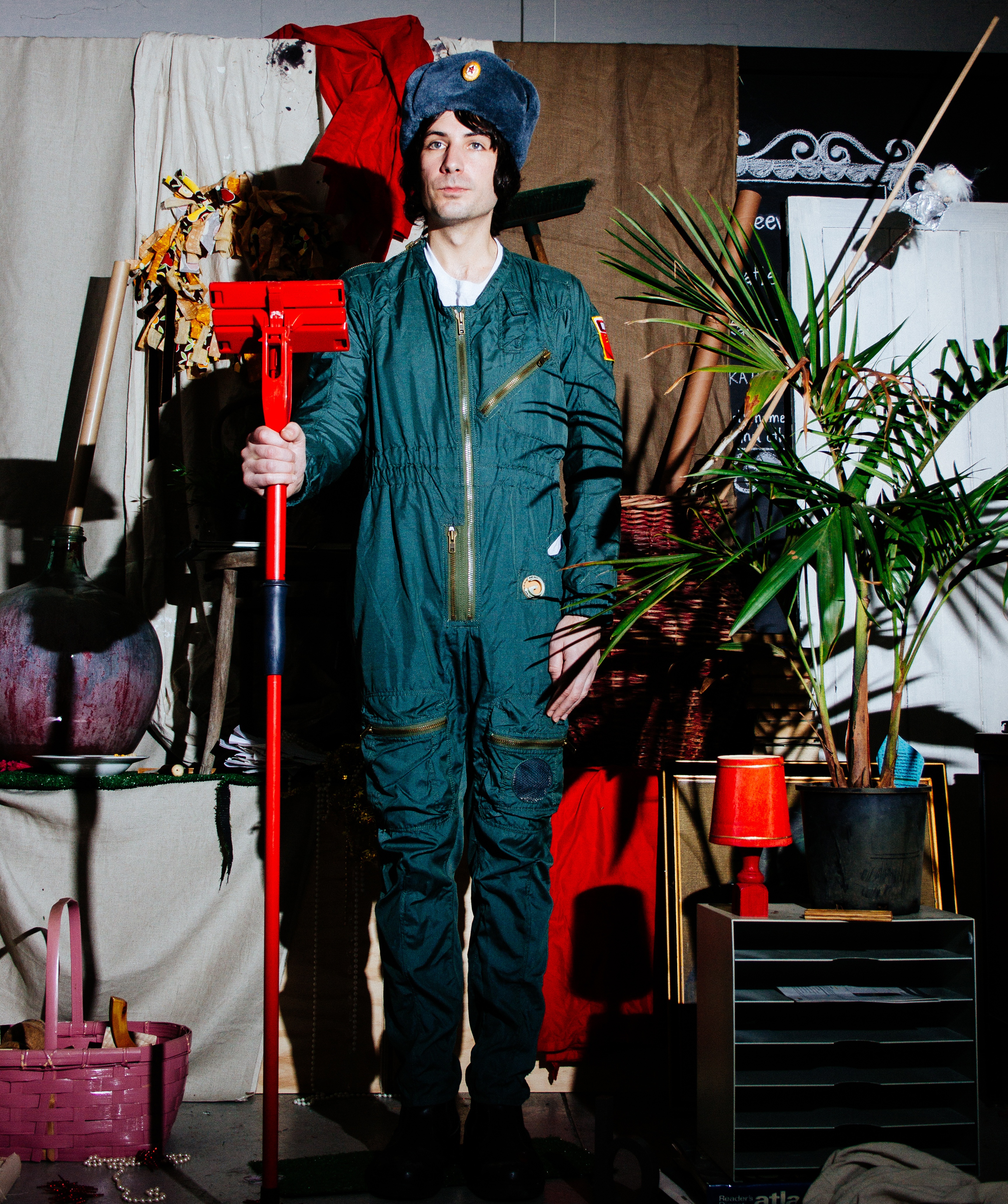 The press release for Davey Lane’s fresh solo album Atonally Young describes the You Am I guitarist as a ‘chord-slinging cowboy’, which might have veered into Bon Jovi territory were he not such a genuinely brilliant axeman. Voted in the Top 25 Australian guitarists of all time earlier this year, his solo debut Atonally Young attempts to build upon the success of Lane’s first solo work, 2013 extended play The Good Borne Of Bad Tymes. After a good listen-through, ‘chord-slinging astronaut’ might have been a more pertinent description.

Opening track and lead single Komarov is cosmic, chronicling the ill-fated, fiery voyage of a Russian cosmonaut no less, which is beyond badass. Of course there is an appropriately mammoth-sized guitar solo in there. The song gives off a really cool, David Bowie sprinkling some stardust on an old Rush B-side kind of vibe.

The next three tracks return to a terrestrial plane to deal with the subject of girls, though the interstellar vibe interwoven throughout the overall sound of the entire album is still largely present. She’s A Timebomb chugging along until combusting halfway through in a whirlwind of guitar histrionics, Witch In My Mind transporting the listener back to the ’70s with its jangly, classic rock riff and funky back beat, Not An Option Now going back even further with a sun-drenched vibrato guitar solo and layered vocals reminiscent of ’60s surf rock.

The Last Of The Freakazoids is a fuzzed out, proggy ode to the strange, Lane’s vocals transforming from the laid back cool of the opening tracks to a spitfire couple of verses here. Midway point A Lesson In Cause And Effect is a stripped back ballad, anchored by a hefty drum beat and rising to a beautiful crescendo at its conclusion. From there it’s back to the album’s foundation of driving guitar riffs over a galactic soundscape with For No One and then another abrupt about-face with The Undergrowth.

Building off of Lane’s mournful vocals, the song is a funeral dirge awash with melancholy, the first track on the album to feature simply Lane and his guitar with the latter complementing his voice to mesmerising effect.

Portal To Another Lyfe sounds like a portal back to the ’60s British invasion, Smash Yer Head In as punk as the title suggests. By the time the album winds down with In The Light Of The Sun, a fitting closer featuring more of that fantastic, wonderfully bent surf-esque guitar, the listener should feel as though Lane has taken them on a ride around the musical solar system with a quick stop at just about every planet conceivable.

Often solo projects from non-frontmen either showcase sub-par vocals or rely on ring-in vocalists which lends to quite an inauthentic experience, but the sheer quality of Lane’s own voice across the board on this album is fantastically diverse and contributes to a solo identity the guitar virtuoso is set to build upon.

That this album was entirely crowd-funded is another positive sign for Davey Lane, with a real and tangible demand for his music present even in its infancy. With such a rock-solid foundation for a first album, the live shows to come in support should be out of this world.