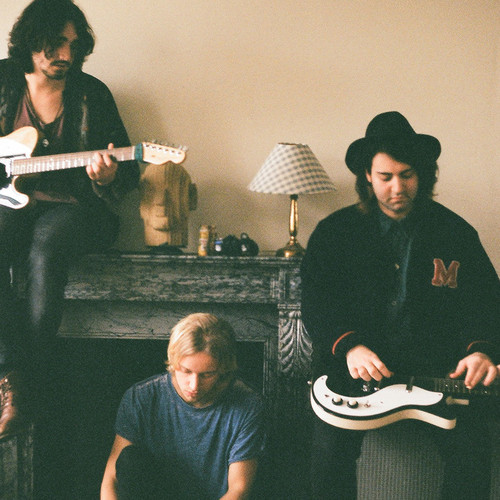 In the wake of the debut single Undress Your Soul The DuBarrys have released their self-titled EP. And it is seriously good.

It’s hard to beat their debut single Undress Your Soul. The easy, summery tune with all of its indie-pop undercurrents is an acoustic masterpiece. Delicate harmonies frame a pop undercurrent, and ensnare the listener, tempting you for another listen. The fragile vocals are reminiscent of Passenger, which has popularised the indie-folk genre, bringing it to the masses. Yet even in a genre that seems to be spitting out more artists every day, the DuBarry are near the top of the pile.

The EP’s next track This Time retains the lead single’s acoustic sensibility but inflicts a slightly heavier guitar base on the melody to add a slap of attitude. While not as delicate, it demonstrates their potential to foray further into the rock genre. The diversity is clear – with influences ranging from Alt-J and Tame Impala to Fleetwood Mac and Pink Floyd.

Winter Grade is likely the weakest of the EP mainly because the vocals aren’t quite as entrancing. But you can’t help admire some seriously impressive guitar riffs that form the foundation of the song. But the EP’s final track Lilly is nearly as impressive as their debut single. Granted, the hook is somewhat repetitive. But why not, when you’ve crafted something so delicious. If Undress Your Soul was their first entry into the industry, this should be their second.

This EP is the first look at a group simply oozing with potential. Indeed, they’ve already cemented themselves as a brilliant live act, with performances coming with King Charles at the Isle of Wight Festival. What’s more, they are in possession of an anonymous drummer – who curiously refuses to take to the limelight. This four piece posing as a trio are already making waves, and it won’t be surprising to see them making more with this brilliant first EP.