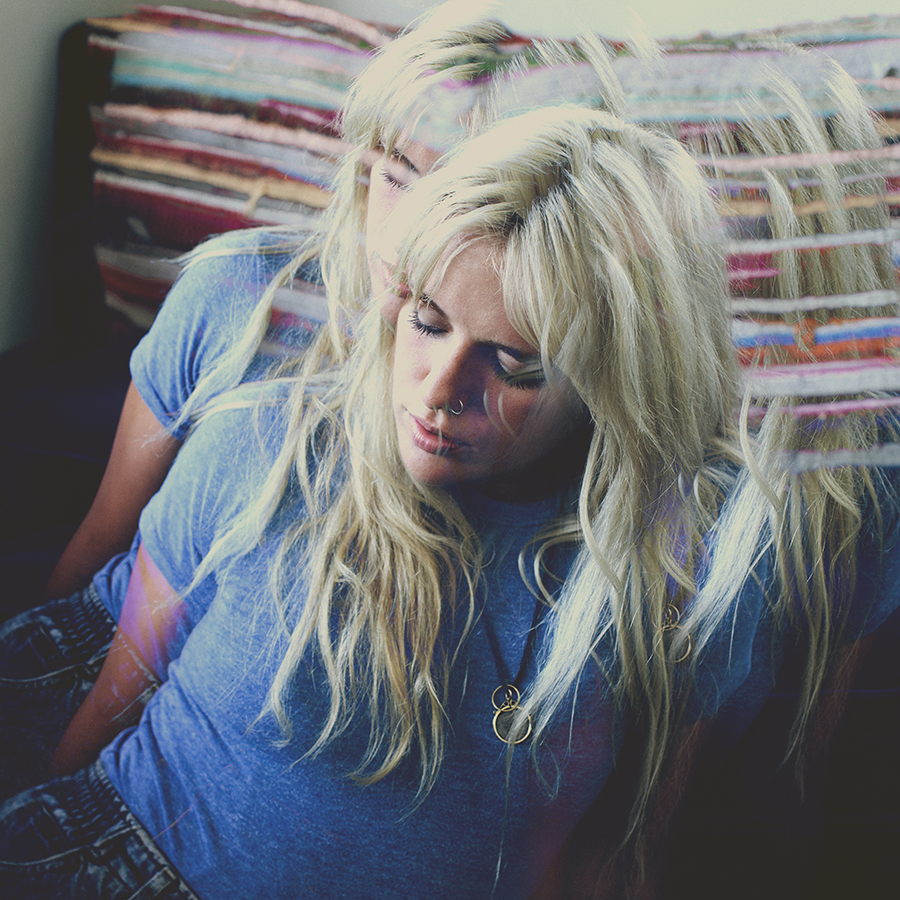 After the success of her debut EP, Love Gracefully, Brisbane’s Airling has been going from strength to strength. A string of support slots (including the coveted slot with Iceland’s Asgeir), a Splendour set and a BIGSOUND showcase, she is now ready to take on the nation with her own headline tour! We got to chat with her before this to talk what it was like working with Tom Iansek (Big Scary, #1 Dads), what the term “Airling” actually means, and about a strange review in none other than Zoo Magazine.

I saw your set at BIGSOUND! It was so awesome; definitely one of my favourites!

Oh, that’s sweet! It was really fun. Except, I remember looking up and all these police were there! I was like, “What the hell is going on?!” Apparently they had gotten lots of noise complaints so they were there watching the set, but it was so weird!

It was really strange! It’s not like we’re a metal band or anything! They were just standing next to the sound guy telling him to turn it down!

Well, you’ve got your first headline tour coming up now. What are you expecting from that?

I’m just excited! We haven’t done any headline shows yet, only supports. It’s going to be really good to have more control over things. Also, I get to see and meet people who are into my music. When you play supports, you’re meeting whoever you’re supporting’s fans, so it’ll be really nice to meet some people who have been diggin’ the music!

I’m curious as to how Airling even came about – you were collaborating with Tom from Big Scary, right?

Yeah! I met Tom at SXSW in Texas a couple of years ago. He called me one day to see if I wanted to record on his #1 Dads album, so I went down to Melbourne and sung on a bunch of songs and a duet. We kind of finished what we wanted to do early, so I played him some demos. Then, he, my friend Graham and I decided we would all get together and see what happened! We went back to Melbourne, and we didn’t really know what we wanted to do. We just played some songs and decided to record. They all just fit together really nicely, and then suddenly it was like “Oh, this sounds like an EP!” We didn’t have a name for the project and I had no plans whatsoever; I just knew that I had these songs and I felt that they needed to be recorded! It wasn’t until later that I decided what it would be called or what we would do with them. In that week though, the manager from Big Scary came in and wanted to sign me to their label, and wanted me to be part of the family! That happened on, like the 5th day of recording. It all happened so fast but it felt really right and natural. It wasn’t even a question, it was just like, “Of course!”

Do you prefer collaborating, or working alone?

I like both. I love writing alone. I like getting songs to the stages where I’m really confident and happy with them. Actually I don’t think you’re ever really confident with them, because songwriting is such a soul-baring process. I love doing it though, and getting my ideas down. I’m kind of a control freak in that sense. I love both, working alone but then working with someone and being able to let go of things.

Where did the name, Airling, come from?

It just popped into my head one day to be honest! I like the way it sounds. I think it suits the music! I’m a Gemini too, which is an air sign.

Your EP has quite beautiful lyrics! What are some of the stories or inspirations behind the songs?

They’re all pretty personal lyrics I guess. I hate really defining what a song is about. I find that songs can mean different things to different people.

Ouroboros is the Ancient Greek symbol for a snake eating it’s tail, which is kind of supposed to represent how life is circular, so it’s about that kind of thing; life and death and how everything is really circular. The Runner is about a boy that ran away from me! What an idiot! *laughs* Wasted Pilots is from a conversation I had with a friend as we were talking about this person that was taking all these hits and had no control over them. I was just wondering how much a person can take and I was imagining this person’s life that was being flown by some drunken pilot. By Thorns is about mental illness, and someone close to me who is suffering that. They’ve all got stories. I love music, and I love myself listening to a song by a stranger and being so touched by it and having my own version of what it’s about. I think that’s really important!

I think your songs are very open to interpretation and emotive for the listener. Anyone could fit their own stories into the way your songs flow.

Yeah! That’s what I love!

I love your sound as a whole. What are some of the influences or inspirations to get your sound to where it is now?

It was very much a collaborative thing with the boys in that sense. They are really into production. I listen to a lot of music: pop, r’n’b, electronic, soul. I’ve been listening to a lot of Drake, Little Dragon, Boards of Canada, D’Angelo, James Blake – I think you inadvertently end up drawing influence from everything you’re listening to and taking in.

How have you found the response to the EP? Has it been positive?

I haven’t actually read any reviews. I feel like that’s a better way to do it. I think I’m quite a sensitive person. I think if you believe the good ones, you’ll also believe the bad ones. Sometimes that’s not good for your soul I think. I do sometimes get tweets or comments on things and send me messages, so I’ve been really overwhelmed by how lovely that response has been. I feel really lucky that people have been so lovely about it. The only review I read was something someone sent me of a screenshot in Zoo Magazine, that I thought was hilarious. It said something about how, “This is a good EP to listen to when you’re unwinding after a big night on the biccies” *laughs*

*laughs* I guess that’s one thing you didn’t expect to read!

It was so funny! That was a journalist’s term – “A big night on the biccies!” Other than that though, I have been really happy with how it’s all going.

Can you tell me a bit about how your live show works? It seems like there is a bit going on!

Well I’ve just got the two boys who play with me, and we’re all kid of doing everything. Sometimes it’s like eight things at once! We’ve got a lot of samples; sometimes when you’re playing electronic-ish music, you have to be pretty thoughtful about how the show comes together! Graham is playing the guitar and using a sampler and playing synths; I’m playing synths, singing and using a vocal processor; and Chris is playing drums and sampling. We just wanted to play everything that was on the record because there was a reason why we recorded it the way we did. I feel very strongly about it being translated live. It’s very important to me that we’re playing the songs they way they’re intended to be heard. It’s really fun! It was very challenging at the start but now it’s fun! I can’t wait for the tour because we’ll get to play the EP for everyone, as well as some new songs too! It’s going to be heaps of fun!

What is still to come from Airling?

I think we have a film clip coming out soon which is really exciting, for Wasted Pilots. I have just been writing so much. I have it in mind to make an album, so we might be headed to Melbourne soon to get started on that. We’re also touring with Vance Joy early next year, which will be fun as well!

Love Gracefully is out now via Pieater.

One response to “Interview: Airling”