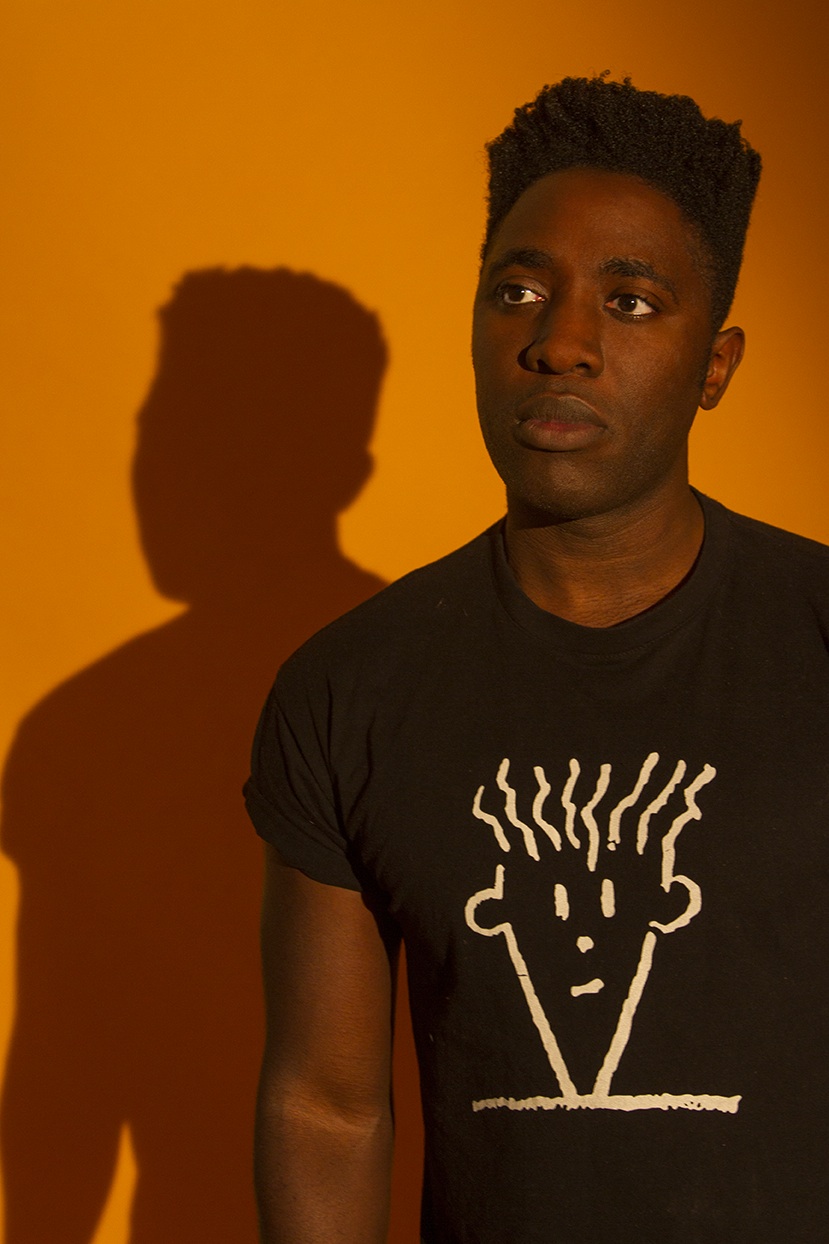 I’m sure many of you reading this would have grown up with Bloc Party. They were the soundtrack to many an adolescent’s most important (or so we thought) years, and Kele Okereke was at the helm of this movement. Then, as we got older, something happened: the king of the indie rock world went AWOL… To electronic music (shock, horror!) “How could he abandon us?!” Some cried in distress, promising to shun whatever it was he was working on. However, for the remaining faithful – myself included – we trusted our fearless leader. We knew he always went against the grain, but he knew what he was doing. That’s when he rewarded our patience with The Boxer; a smooth and seamless transition and the perfect foray into the electronic world. His trademark, one-of-a-kind voice was still caressing our ear drums in the only way he knew how, just with more bass and less skinny jeans. After this, he began working tirelessly making his name not only as a solo performer, but as a solo electronic artist, and a DJ. For the past two years he has toured extensively, playing DJ set after DJ set, and coming more and more into his own as a solo artist. Now he is back again, with his second record ready to make you move. Self described as a “record for lovers”, Trick is the next step in Kele’s journey. It’s bold, exciting, and not surprisingly, different. We were lucky enough to speak to this legend about his new project, his new sound, and his new found passion for the late night club scene and all it embodies.

Sorry, Kele, you’ll have to forgive me. I’m just getting off the train so I’m trying to sort myself out!

That’s okay! I’ve just woken up so I’m also trying to sort myself out!

We can work together then!

So, you’ve got your next album coming out in October, which sees you go down a more electronic path. Was electronic music something you’ve always wanted to create?

It was always something that I loved, even from an early age. My first mode of seeing myself as a musician was me playing the guitar. It made sense, then, to be in a band. To me, playing electronic music was beyond me. I didn’t have access to equipment to tools to make it, but as I started to make more music and hang out in studios and see that it wasn’t super hard to make electronic music – that it wasn’t super hard to make loops or to do some programming – it dawned on me that I could do this! I could actually make this music. It was kind of a learning curve for me.

Do you prefer to collaborate or work solo?

I think, to be honest, I prefer to collaborate. Even just bouncing ideas off people, it’s good to know how a piece of music can make someone feel. It’s good to know that someone is into it initially, even if they’re not adding to it. It’s just good to know that it’s moving them. Sometimes when you’re making music by yourself, you can spend lots and lots of time agonising over painstaking details, but you’re missing the point as to whether this is enough to actually move someone. If someone thinks it’s cool if they hear it on the radio or in the club, I think that element is really important. You need to bear in mind that it’s for other people to consume.

Are you going to be developing a live show for Trick?

What inspired you to go to the darker electronic stuff? Is that what you’ve been listening to lately?

I guess the biggest inspiration is that I’ve been DJing so much in the last two years that I’ve been spending lots of time in clubs at 3 or 4 in the morning. It’s a completely different landscape at that time. People are really different; their inhibitions are down and they’re a lot freer in how they express themselves and interact. I just felt like it made sense to make a record that explored that type of landscape. It’s the first time I’ve been exposed to that properly, and it just felt like a really fascinating place. Clubs at that time feel like a very special, almost magical place.

I can definitely relate to that, that time is probably my favourite time to be in the club.

I’m interested in your track you made with Australian producer, Sable. That track again is quite different to your solo stuff. Is that type of electronic music something you’re also interested in?

Well, with that track, I wasn’t involved in any of the musical stuff other than the vocals. He had the music and I came in with the vocals. They wanted a separate kind of sense of collaboration. I was impressed because I liked what he had done, and it happened really quickly and effortless.

You’re a cult figure of sorts now. You’ve remained relevant and always gone against the grain for so long. I’m curious as a fan now, how do you see the music industry, especially considering that you’ve kind of changed worlds from indie rock to electronic?

How do I see the music industry? To be honest, I don’t spend much time thinking about the industry as an entity. I just do my thing and I’m lucky enough people are interested in me doing my thing. I don’t really engage so much in the music industry. I don’t know too much about new bands or anything like that. I don’t know too much about new stuff, so you would probably know more about it than me!

I read that there was a new Bloc Party record in the works? Would you be taking what you’ve learnt from the electronic side and the solo work to other projects now?

I don’t know… I don’t know what you’ve read, there were discussions being had. I feel that every time you complete a project, the way you view things changes and the way you see what you do changes. The next thing I do creatively will have elements of this world or elements of this approach. That doesn’t necessarily mean it will sonically sound like this, but I feel like I’ve learned more about myself. I’ve learned more about my voice and my songwriting as a producer. Of course, it’s going to change somewhat with what I choose to create next. How it changes, I don’t really know but that is part of the beauty of being creative – you don’t need to have the answers, you just need to have the instinct.

DJing is the newest sort of crowd that you’ve been dealing with now, have you had any highlights in regards to crowds or audiences with your music?

I played at a German festival called Melt! Festival, and that was pretty awesome. It was nice because I’ve played that festival lots of times with Bloc Party and also as a solo artist, so it was nice to go back and play as a DJ and have a really warm response. That was the last show I remember being really blown away by.

Can you tell me about your time when you were in Australia for CIRCO Festival?

It was cool. I was super jet-lagged the whole time. I was there for like 5 days and then I flew back. As you know, it’s a very large adjustment to make in such a small amount of time.

I spent the whole time walking around like I was in a dream. I do remember, though, having a great time at the CIRCO festival. The crowd was really awesome and it was nice to meet Sable properly. That was also when we did the collaboration. It was a cool time.

What are some of your biggest electronic influences? Is there anyone you particularly admire?

There are lots of DJs and labels and artists that I admire. There is a guy called John Tejada, he is an American minimal electronic music producer. His music has a very provocative and emotional feel to it. Although it’s quite minimal and clean sounding, to me it produces a techno feel that traditionally has a more of a harder sound and less focused on melody. I feel that John Tejada has a very melodic kind of emotional yearning kind of feel about it. At the moment, I’m listening to a lot of techno moreso than house music. I’ve been spending a lot of time in Germany, and I feel that the German electronic scene is by far my favourite in the world. They really know what they’re doing. Because there’s such a history of electronic music in Germany, I feel that they’re not novices. They understand techno and they understand a good party and clubbing experience. DJs like Ben Klock and Nina Kraviz, and clubs like Panorama Bar in Berghain, that is my favourite type of music I like to dance to and my favourite type of music I like to hear. I guess that’s been the biggest influence for me.

Has Trick been a long time coming?

I’ve been working on Trick for almost two years. I started in 2012 and finished at the start of 2014. I was touring for the first part of that so I had to snatch time when I could to work on the record. I thought I had finished it in 2013, but then I ended up doing more work on it at the start of this year. It’s been a very long, engaged process. It’s been a long time.

There are a lot of different themes in the record too, what are some of the main ones you were going with?

It’s weird talking about themes because when I was making the record, I didn’t have much of an overview of what things were supposed to be about. Only looking back at the record now, I see that there are things about loss of strength and running to a lover. For me, it’s very much a record for lovers; lovers that are coming together and lovers that are falling apart. All the songs seem to be conversations between lovers, and about the state of the way things are. I don’t really know where that came from. Part of me thinks, again, it’s from being in the club scene now and seeing people coming together on the dancefloor; flirting with one another and seeing how their inhibitions come down at that time of the night. As I said, I think clubs at that time are magical places in the way people interact. I feel that is probably the biggest influence on the record if I’m honest.

Trick is out on October 10.