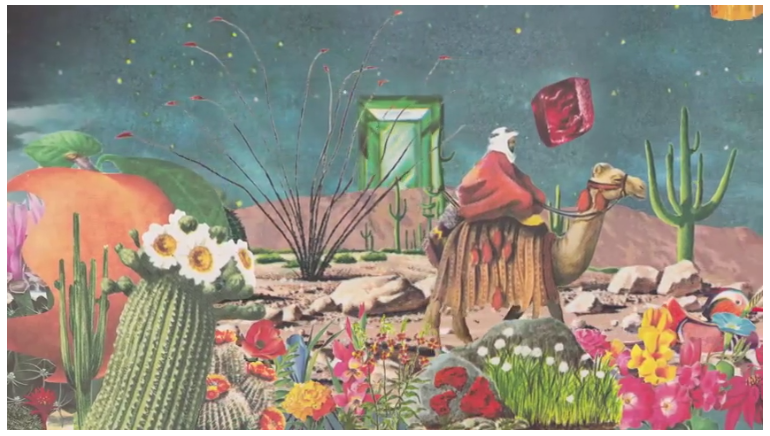 Nine-piece Melbourne band Saskwatch have released the video for their recent single Call Your Name. The single itself is raw and gorgeous, with honest lyrics that demonstrate a real emotional vulnerability, unlike anything we’ve heard from the band before.

The video was animated by Jason Galea who, as part of Zonk Vision, has made his mark as a psychedelic visionary behind videos from King Gizzard and the Lizard Wizard, The Murlocs, Davey Lane and more. As you might expect, it’s a trippy, strange and stunning. Featuring a surreal, otherworldly roving illustration of a land and it’s skies, this really is worth watching – probably a few times over.

The track is a beautiful slow jam, quite stripped back instrumentally, with a delicate bluesy melody topping it off. As the track unfolds, the soundscape builds. Think brass instruments, big beats and a deep groove – before drawing back down again, with the verses doused in a sea of sad sentimentality.

The track and the absolutely surreal video complement each other so perfectly. I’ve just watched it about four times over, you probably will too.

Saskwatch are heading off to the States this month for a tour that includes an appearance at the coveted CMJ Music Week in New York. Following that, they’ll be playing a small selection of shows back home: