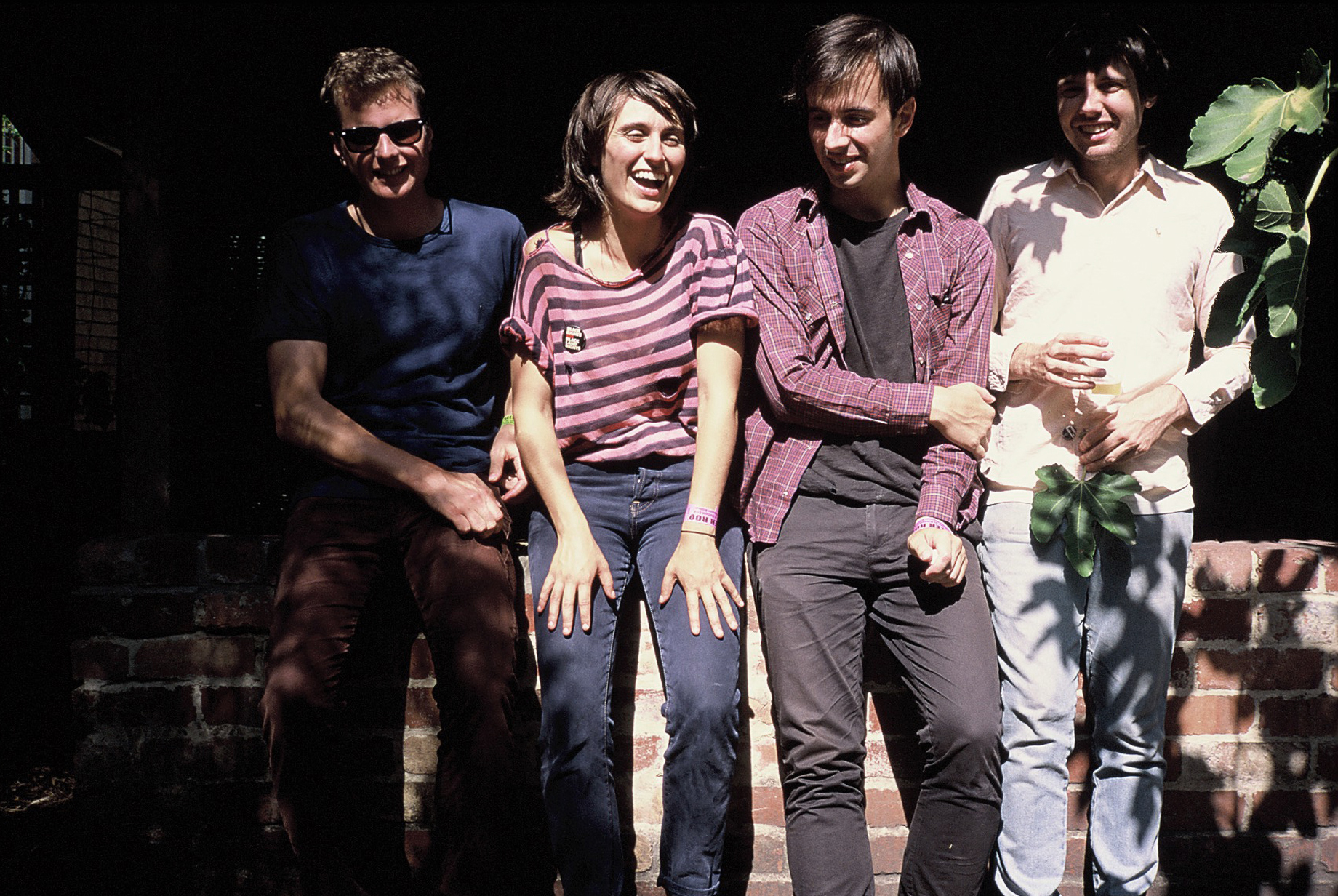 The coolest new festival to hit the east coast kicks off this Saturday, and it is filled to the brim with unreal Australian acts. Headlined by Brisbane’s DZ Deathrays, the festival starts in Brisbane before heading to Melbourne and Sydney. One of the most anticipated sets comes from Melbourne’s Dick Diver, a four piece that has been described as everything from “slacker rock” to the more interesting “dolewave”. The last 12 months have been a huge for them, off the back of their successful sophomore release, Calendar Days, and notable shows including playing Laneway, Golden Plains AND Meredith. We got to ask them a few questions about how it all started, how it’s all going, and how it’s all looking for the future.

You’ve had a pretty awesome 12 months or so! Congratulations on all your success. What has been some of the highlights so far?

Thanks, yes, it does seem insane. There’ve been lots of special moments. Going to Folsom Street Fair in San Francisco was good, as was watching forty-five munters at Laneway Festival in Perth break in to the grounds by pushing the fence over and scattering amongst the crowd.

Dick Diver is part of a very fluid music scene, with members playing in multiple bands. I know a few other niches, or local scenes, just came about organically from just being around a lot of creative and willing people. Is that similar to the Melbourne scene where you guys are?

I think so. There doesn’t seem to be much that is forced about it. When you say ‘organic’ though it sounds like it all comes about naturally, but there are a lot of very supportive and hardworking venues, bookers and community radio stations that help it along.

Do you think being a part of so many other bands and projects is enriching, creatively, or does it become draining doing so much? Do you think it has an effect on the music you create in Dick Diver?

I’m only in one other thing but I find it enriching, since each combination of people tends towards different ideas of what makes music ‘good’.

The Dick Diver creative process is quite a collaborative process, isn’t it? With you all singing and writing, how do you manage to achieve such lyrical depth, yet have that depth almost masked by the instrumentation? Is that a deliberate choice for your music?

It’s not all that collaborative, actually. Almost all of the songs are written by the person who sings them (a few have been written with other band members to sing though). The lyrics are definitely never written collaboratively. I would find that extreme and impossible. But I guess when we play those songs together and work out how to play them then we make something that is more interesting than four solo projects.

What are you most looking forward to about playing The Blurst of Times? What are your thoughts on the more boutique style of festival that is emerging around Australia lately?

I’m looking forward to seeing Blank Realm, The UV Race, Day Ravies…there are others. I won’t miss The Big Day Out.

For newer fans, how did Dick Diver come about? Have you all always been playing music?

It’s pretty boring. I’d already known Al Mortgage for years, then he met Al Bovril at uni who knew Stephanie Clothing might be keen to drum. We jammed and it worked. I started playing guitar at age 19.

I’m really curious about the song, Alice. Can you tell me a bit about that one? I found the meaning changed as I listened more closely, was that intentional?

Dunno, you’d have to ask Al Mortgage, who wrote the song. From my perspective, I think it’s the impossibility of dumb white people (us) singing anything really meaningful about a place like Alice Springs and instead trying to make some kind of meaning out of that.

Obviously with each release, the band and the sound mature. Were there any notable differences with your last release as opposed to previous ones?

Maybe we just became a bit more aware of the kinds of things we could do with the band. Translation: more overdubs.

I really enjoyed your set at Laneway in Brisbane, and your obvious sense of humour in general as a band. Is this a conscious decision as a way of not taking it all so seriously, or are you guys just really that funny?

It’s definitely not a conscious decision. Although, like Custard sang, music is crap. You can take it seriously, but taking yourself doing music seriously is just insane. You’re nobody.

I’ve seen your music being described as “Australian”, or being branded as the interestingly worded genre of “dolewave”. As a fan of yours, I disagree with this as I think it’s just an easy way out for a lazy listener, and that there is a lot more going on than those terms give credit for. I’ve also never seen you necessarily agree with those descriptions though. Why is that? How DO you see your music as, if not those terms?

Well, I agree with you. It has become an easy way to sort of box us in, but at the same time I see a broader, unconscious strategy at work, which is: make the band say ‘we’re being boxed in!’ It happens. I see the music of Dick Diver as pop music that, from my perspective, is interested in doing things with lyrics that don’t bore me like 99{6dc52fbdce2f0f97cf8a089cc5e2946dca963f75b53e76b06e4c7d8acf27faad} of lyrics do.

What’s next for Dick Diver?

We’re going to put a third album out in 2015 and start writing a 4th album, haha.

Dick Diver are playing at The Blurst of Times Festival. Tickets can be purchased HERE.