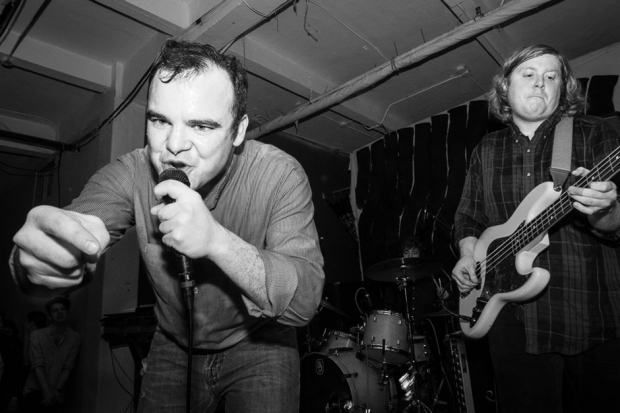 Why you should go to Laneway and see Future Islands

Sam Herring, the most peculiar breakout celebrity of this year, has just hurled himself across the stage at the Joy Eslava in Madrid. He bellows out one of those Letterman-famed guttural growls, and slices up his arm and hand on the equipment. Blood streams down his arm and, no doubt, he doesn´t notice it for at least two or three songs. He´s too immersed in the moment. Every song is introduced with a brief outline of the themes that follow. The lyrics are direct and from the heart. Herring will say something like, “this song is about thinking things over while looking out over the water,” and what do you know, the first line of the song is about sitting by the sea, wrestling with a problem. Every song he beats his heart with his fist, sending mists of sweat crashing over the faces of us in the front rows. Every song he reaches over to a new audience member, looks them in the eye, as if serenading them.

The thing is, though, Herring does this every night. But the man is so sincere and loveable that it is impossible not to be dragged along with him for the ride. The theatrics of it all are almost a charicature. Perhaps, when this band takes up its crown as one of the premier rock bands in the world, the schlock will wear thin – as it did for U2 and Coldplay. But for now, as it was once with those bands, to watch them is to feel like you are part of something genuinely new and exciting. 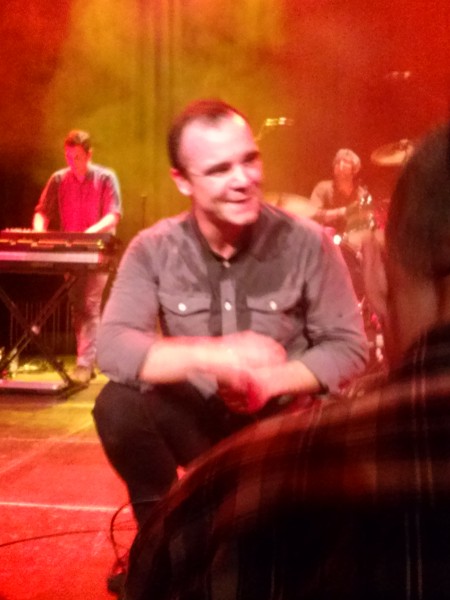 Of course, to mention a band as left-of-centre as this in the same breath as those others is peculiar, but such is the momentum of the Future Islands machine right now, it would be hard to argue otherwise. For one, all of these bands have frontmen who demand 100{6dc52fbdce2f0f97cf8a089cc5e2946dca963f75b53e76b06e4c7d8acf27faad} of the audience´s attention to the extent the rest of the band almost goes unnoticed. For another, they´ve all capitalised on their markets at the peak of their powers. Singles was an arresting blend of dance-y crowd pleasing and challenging U turns on traditional pop, and the tracks are seamlessly translated live, thanks to the live drummer they now tour with. Indeed, it is these tracks that the crowd know best. Seasons is now so familiar that it barely warrants a collective ´wooooh!´ anymore. People simply go mental and scream the lyrics at the top of their lungs.

Tin Man is the real standout, bringing the regular set to the end. Metallic synths blast out and Herring does his elastic man impression and everybody basically just goes bonkers. Fall From Grace has predictably been squeezed into the encore these days, with its most alarming usage of Herring´s meme-worthy metalcore growl. Tonight is the most cathartic of performances. Herring visibly weeps during the penultimate track, Little Dreamer, which is a song about a former lover. He then effortlessly transitions into an all-in dance off in crowd favourite Vireo´s Eye.

Future Islands are a band in the moment. Who knows how long their moment will last, but, for God´s sake, don´t miss it.