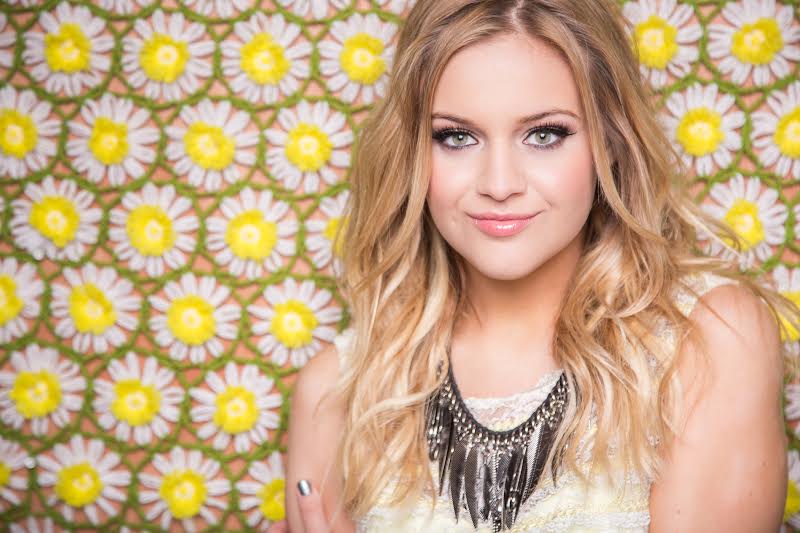 American country music artist, Kelsea Ballerini, is the latest and greatest thing to come out of Nashville. With a guitar, songbook and 100watt smile in tow Ballerini is taking country radio by storm with her single, ‘Love Me Like You Mean It’, currently sitting in the Top 30. We had a chat with the lovely lady herself last week ahead of her Valentine’s Day Opry debut.

Hope: First of all, congratulations on the success of your debut EP! How crazy has it been to hear yourself on the radio?

KB: It’s super crazy. I mean like, you dream about it and then it happens and it’s nothing like you’ve dreamt about. Honestly, we went on a twenty-one week radio tour, and I got to meet like almost every country music station. To see how well received it’s been, and to see how they’re supporting it is a really awesome feeling. I’m very thankful.

Hope: When I was over in the states, I was pulled over somewhere between Nashville and Alabama at a little ‘ole rest stop and Love Me Like You Mean It was playing over the speakers and I was so proud!

Hope: And it’s not just me who likes you … you’re currently in the top 30 of the Billboard Country Airplay Chart, and have been named one of CMT’S Next Women in Country! I’d say that’s a pretty good response for your debut EP.

KB: Yeah, that’s so cool. You know I have so much respect and admiration for CMT and they’re really getting behind women right now and to be apart of that group that they’re supporting and recognizing is a really big deal. CMT is just an awesome company, so to have their support is just awesome.

Hope: On top of that, you have your debut album coming out this year – any closer to a release date?

KB: Yes I do! It’ll be before summer. We’re announcing I think either this week or next, so it’ll be soon. I am so excited! We’re almost done right now, we’re in the mixing stages. I listened to it for the first time a couple days ago, and you know I’ve been writing those songs since I was twelve and I feel like it’s a snapshot of my life from twelve to twenty-one and it just captures these moments and emotions of my life and of those years, so I’m really proud of it. I feel like with the EP, we followed up the single with the, you know, happy and upbeat carefree kinda’ feel with ‘Dibs’ and ‘Yeah Boy’. With the album, there’s a lot of depth and a lot of stories that the EP doesn’t necessarily have. So I’m excited… I’m really excited.

Hope: Will any of the songs from your EP be featured on the album, or is it completely new material?

KB: All of them will actually! I call it an EP, but really it’s like an album preview. So all five songs will be on the album, and there’ll be seven more.

Hope: You’ve written or co-written all of your music… what would you say is your favourite song of yours?

KB: Oh, gosh. That is so hard. My favourite song on the EP is probably ‘The First Time’. I think that’s because I started song writing by myself and it was never for anyone to hear, it was just for me to kinda’ talk about my life. That song for me was just about getting back to the root of what made me write songs, and it’s such a true story and such a true emotion and heartbreak that I was feeling. I feel like that one for me is probably the closest to me on the EP. I don’t know what my favourite on the album is, though it’s probably gonna’ change a lot!

Hope: That kind of ties into my next question … was ever a moment in songwriting where you’ve just felt a complete release after finishing the song?

KB: Totally. ‘First Time’ was one of those songs for me. I think that for me the ones that I write by myself are normally the ones that are me releasing an emotion or stress or sadness… And that’s the power of songwriting. That’s what you do it for, honestly.

Hope: Are there any songs that didn’t make it to the album though you wish they had?

KB: Yes! That’s such a good question… There are a lot. I’m an avid songwriter, I just love doing it so much. I have like hundreds and hundreds of song, so we have half a next album written and ready to go. I can’t wait! It was so, so hard picking songs. Like, there’s a song I wrote right after the deadline that I’m so bummed about not being on the album but that just means we’re gonna’ have to release another one, so that’s totally okay!

Hope: Any song in particular that you’re especially excited to have released?

KB: I really am excited about ‘Peter Pan’. There’s a song on there called ‘Stilettos’ that I’m really, really proud of and I want to be my like, girl anthem of the album. There’s also a song called ‘Secondhand Smoke’ that I’m really proud of as a writer. It’s about my parents playing up… it’s a story that a lot of people share and I think that’s it’s definitely the most vulnerable song on the album.

Hope: I’m glad that you brought up ‘Stilettos’ because I read somewhere that you found the inspiration behind it from a Pinterest quote… Aside from Pinterest, what inspires you most as a writer?

KB: Sometimes it’s my life, sometimes it’s a word on a billboard or that someone says in a passing conversation that just sparks an idea or a story. It really can be anything. When I write about my own life and my own inspirations, it’s more like a journal. There’s this song on the album called ‘Sirens’, and I just heard the word ‘sirens’ and we built and created this whole story around it. It’s totally a different process for different songs, but both are really fun.

Hope: Is there anyone in particular you’d dream of sharing a stage with?

KB: There are a lot of people! I love collaborations and I definitely want to do a lot of them. I love Gavin DeGraw, and I really love Sam Smith. I’m so glad he won all those Grammys. I think his album is just so emotionally raw, it’s just right there. I love that kind of music, and his voice is just stupid good. I’d love to do a duet with him. Kelly Clarkson is just my favourite artist of all time and I want to sing with her one day. I don’t care what that means… I just want to sing with her!

Hope: With stages in mind, you’re about to play an extremely special stage this weekend! Your Opry debut! I can’t even imagine how you’re feeling right now.

KB: I am so nervous, oh my gosh. I’ve gotten good about not getting nervous before shows, but I am just so nervous. I just really don’t want to cry onstage, or trip. That’s all I can think about… Like, falling into the circle! I’ve gone to Opry twice to see shows in the audience, so to go from being in the audience to being onstage is a really crazy step. I’m really excited! I don’t know what I’m wearing yet!

Hope: I was about to ask if you had that picked out!

KB: I have two dresses that I’m choosing from, so we’ll see!

Hope: Have you figured out your set list and your perfected your smile-for-the-camera-while-singing pose?

KB: No, and I’m so not a graceful person at all! I think if I think about the fact that there’s cameras I’ll just look ridiculous. We’re singing ‘Love Me Like You Mean It’, and a new version of ‘The First Time’! I’m really excited.

Ballerini took to the Opry stage, a milestone in any country music artist’s career, on Valentine’s Day. Not even the negative temperatures that ensued outside the doors of the Grand Ole Orpy could stop her from warming the hearts of the audience; who needed no introduction to the songstress as they sang along to her radio hit ‘Love Me Like You Mean It’. Whether you attended alone, or with your valentine, you left with a date… A release date for her debut album ‘The First Time’, that is. You can get your hands on Ballerini’s debut album May 19th!