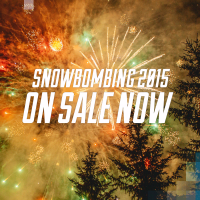 The grandest party on the snow just added some more ammunition to its 2015 artillery and yes we feel next year is shaping up to be one the biggest yet. The 2015 edition has added some huge names with Sub Focus, MK, Tensnake, Hot Since 82, Alex Metric, Tiefschwarz, The Martinez Brothers, Jackmaster AND Disciples in the mix. To say […]

Snowbombing 2013 proudly revealed back in October its stellar DJ line up for next April’s event, with the clear intention of putting together its biggest ever show on snow!