++ The gig has been cancelled due to the insane flooding in the Valley. Stay safe everyone!

Feeling glum since the close of the Troubadour? Missing chilled out weekday gigs? Well worry no more! Get ready to relaunch your love affair with live music this Thursday at The Zoo (Fortitude Valley, Brisbane) as Dead Letter Chorus and Jason Collett (of Broken Social Scene fame) take to the stage to kick off their Aussie tour.

What’s more, Scenewave is giving the chance for two lucky subscribers to score a freebie double pass each! Just send an email to info@scenewave.com with your name and contact details!

Having just returned from a successful tour around Canada, and kicking-on after off the highs of the Australian summer festival circuit (if you could really call them ‘summer’ festivals given the ongoing dire meteorological condition) Dead Letter Chorus pack their bags for another assault on the local Aussie tour circuit. 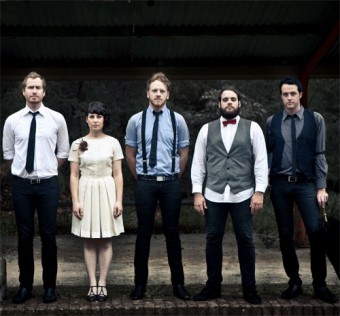 Having been dubbed by various rock writers as “Australia’s answer to Arcade Fire” and Canadian Journos as “the best band outside Canada for the past 5 years”(egotistical much Canada?) AND by concert-going punters (including yours truly) as “just fucking great hey” their new string of live shows is not to be missed! What you can expect musically is a mixed bag of jangling, melodic ditties, hopeful heart- warming hymns and some tracks with more of an angry prog edge. Wowz.

Also worth a look is the newly released vid for their single Run, Wild (the title track off their upcoming album). It a bit of a weird one, evoking images of Red Riding Hood -meets- rag-tag indie band -meets- the cast of Where The Wild Things Are. This sweet clip was awarded Indie Clip of the Week by rock institution R-R-R-Raaaaaaaaaaaage (Rage, for anyone who I just confused). Keeping it in the trendy musical family, this sparkly little number features an eight-piece choral arrangement comprising the musical stylings of none other than Alyx from Kyu, Jonothan Boulet and Fergus Brown to name a few.

NB. People interested in attending the gig should make sure they have clarified the different between Dead Letter Chorus and Dead Letter Circus so as to avoid disappointment and possible indie v. punk outfit infringements.

They say that life begins at 40, but in the case of Jason Collett, that’s not just some overly optimistic bumper-sticker slogan. To many indie-rock fans, Jason Collett is the wise, big-brother character in Broken Social Scene: the calm, cool, collected totem of stability in a band defined by drama and chaos — “our Tom Petty figure,” as
BSS figurehead Kevin Drew once (half-jokingly) dubbed him. 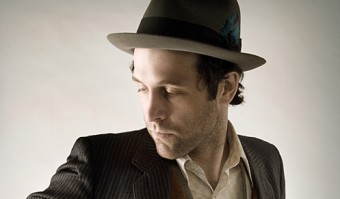 To say that Collett’s solo sound is different to Broken Social Scene’s is somewhat of an understatement – on one hand we have dreamy distortion and the other we have alt-rock banjos. The release of his fifth solo album Rat-a-tat (released March last year by his current label Arts and Crafts – a somewhat ironic name given Collett’s previous job as a woodworker and carpenter) sees Jason Collett dial up the twang on his smooth drawl and crank up the thick, riffy guitar sounds so now more than ever walks the oh-so dangerous line between folk/ blues and something decidedly country.

While country-music phobics like myself generally consider this kind of this is best left to The Eagles, Collett walks the line admirably providing in Rat-a-tat an upbeat mixture of heartfelt songs that scream of glorious Americana. The album is designed to be played live and Collett and his live band Zeus really pull out the stops
for the crowds making this a must see for all!