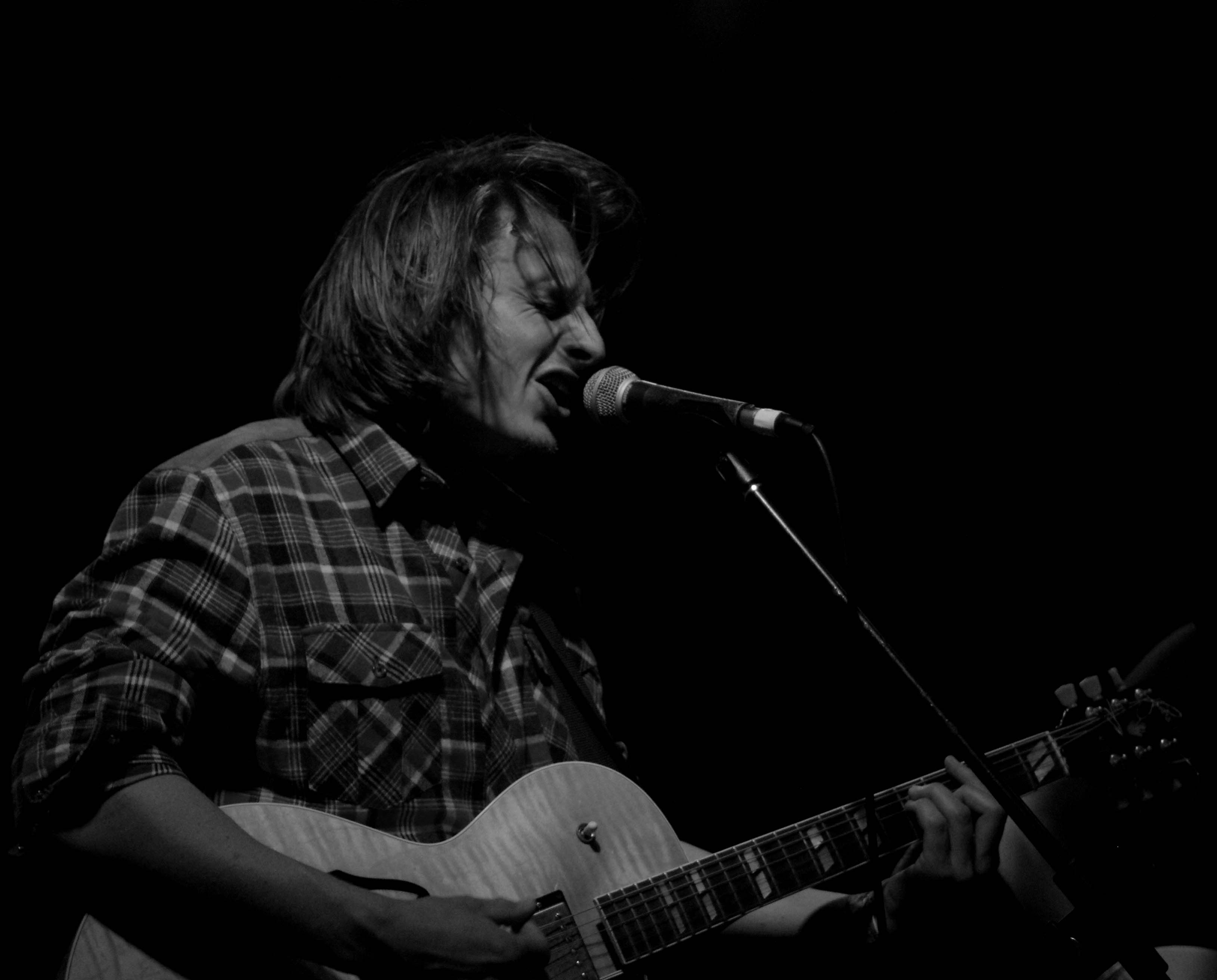 BIGSOUND Live 2013 was a whirlwind. Once again, the culmination of the greatest up and coming young acts from all across Australia and some overseas, provided for a men’al two nights of gigs, pre-parties, after-parties, and pre-after-post-BIGSOUND-parties. Thank you so much to SGC Media for running a flawless couple of days, I’m sure they’re only just recovering now.

Here were some of our favourite acts of the 2013 BIGSOUND Live, in no particular order. Note the inclusion of some 3 word reviews, we’re digging them at the moment.

These guys get better and better each time we see them. They’re production has certainly come in leaps and bounds – this show was professional. Their great track “Lost Track Of Time” sounds exactly like the record – I still can’t believe that it wasn’t a lass singing – and the audience was treated to a nice little surprise in the form of a cover within a cover: “The Suburbs” by Mr Little Jeans, originally by Arcade Fire. It was perfec. 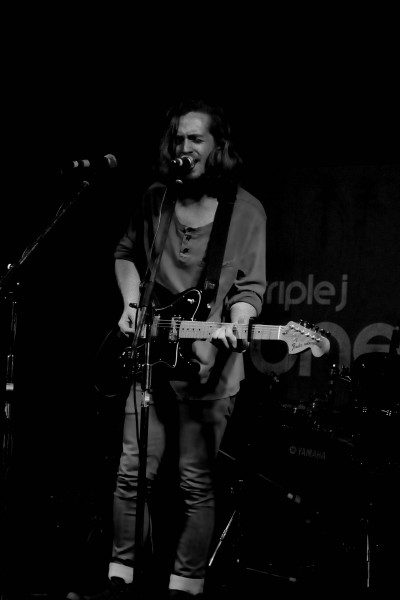 King Gizz and the Liz Wizz gave us one of the absolute standout sets of Bigsound 2013. This motley crew of delinquents took to the stage at a jam-packed Electric Playground and after a quick sound check launched into a seventeen minute psychedelic freakout jam. That set the tone for the rest of the 30 minute set, and the audience seemed to lap up all the guitar driven frenzied grit-rock the band could throw at them. Two drummers give the band a thumping foundation, and more guitars than you could poke a stick at gave the Gizz freedom to meander lines around each other while staying as tight as the jeans on their skinny little legs.

Yukon Blonde came out from Canada to play to a small but very enthusiastic audience at the Zoo on the first night of Bigsound. We only stumbled into the Zoo after being knocked back from Billy Bragg’s packed out show over the road, but the groovin 70’s-laced dance-rock being thrown down by these guys did not disappoint. Energy levels were high and the group of very eager punters cutting shapes in the Zoo’s d-floor gave the band all the feedback they needed.

Fuck me. The weirdest gig I’ve ever been to by a large margin – this guy’s head is a bag of cats. It might be style over substance but Gay Paris is an act you’ve got to see once in your life.

Huge assortment of fired up hillbillies screaming at the top of their lungs, in albeit confusing garb. Fiddles, banjos, ukuleles and a very spirited young fellow sporting no other instrument but the double tambourine, created a wall of sound that was certainly one of the more interesting of the two days.

Despite the fact that I thought I was heading to Starry Fields, and ended up at Stonefield, I actually had a great time. Damn you name confusion! The all girl, all sister rock group sounded as if the Haim girls and Palma Violets procreated and gave the children Hendrix’s guitars. There was so much energy and power behind them, with lead singer Amy absolutely stealing the show. 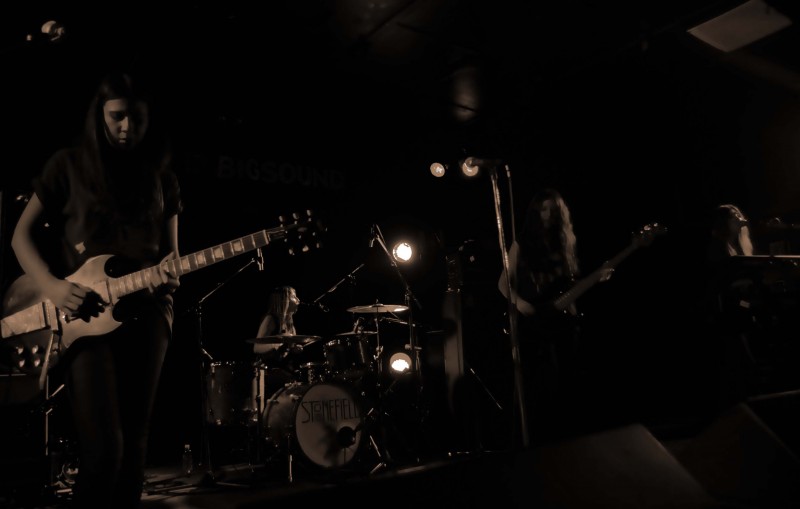 These guys rocked the Triple J Unearthed Stage at Oh Hello!; expect big things from them. Boy, can they throw down some heat for only a three piece band. Good to see musicians who are so genuinely happy to be on stage, banging out their own tunes.

I was surprised when I saw the boys walk onto stage. The name “Lime Cordiale” had me envisioning an all girl boppy pop group or try hard 90’s rapper. Instead, I found myself standing in front of a group of indie pop/rock boys, with witty lyrics and Cat Empire elements. It was unfortunate that the crowd was lacklustre and not really there, but the boys seemed to have fun despite this. It was a good solid performance, and they played fantastically.

“With our powers combined, we are The Trouble With Templeton”. Tom Calder knows how to work a crowd. His stunning voice and heartfelt lyrics had the whole of Oh Hello! singing along to “You Are New” and “6 Months In a Cast”, the sound was pitch perfect and left us in awe of the talents were can only wish that we had. Watch this band, they are destined for great things. 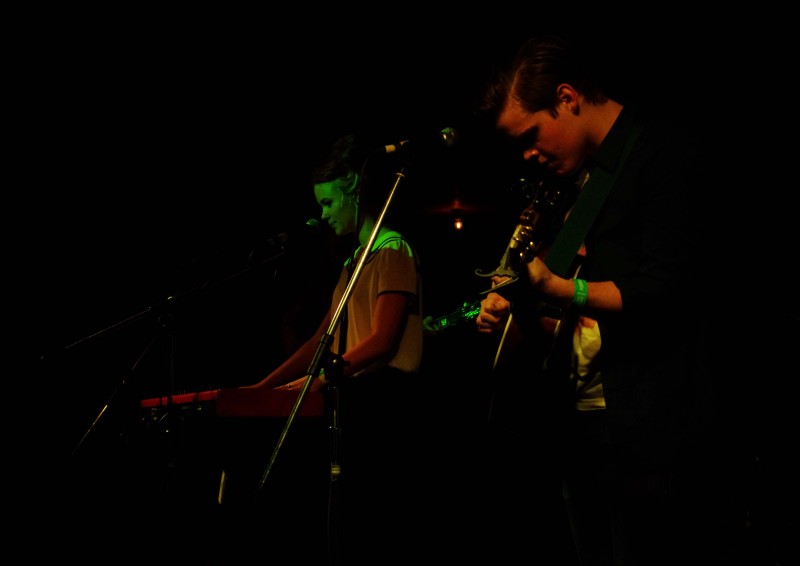 Alhambra was packed out for these lads, and their catchy grooves got the crowd going, especially their most famous “Heart of a Lion”. These guys have exploded overseas recently and are moving towards bigger and better things. Unfortunately, the sound wasn’t 100{6dc52fbdce2f0f97cf8a089cc5e2946dca963f75b53e76b06e4c7d8acf27faad} on like the last time I saw them at X&Y, with the vocals being a little faint. Nevertheless, they have definitely found their sound and the crowd frothed it.

Sporting a Dune Rats shirt, legendary frontman for The Go-betweens, Robert Forster, did not disappoint. Black Bear lodge was the perfect location for him, with his wife playing violin and Luke from The John Steel Singers filling in for Forster’s son on guitar. Highlights included their cover of the Go-Between’s “Surfing Magazines”. 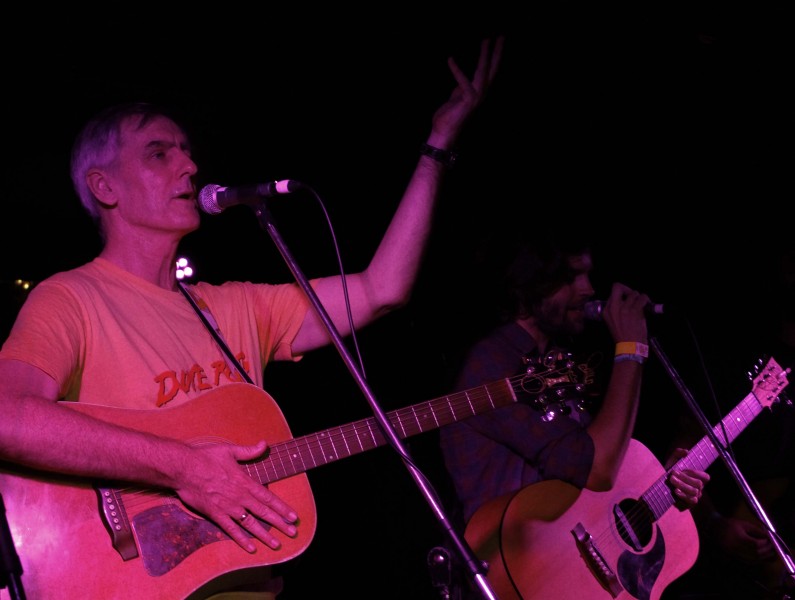