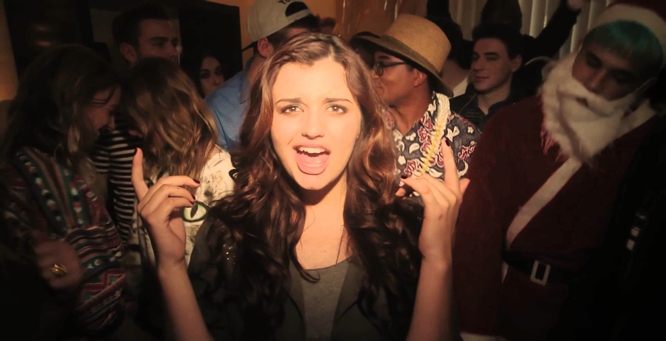 It was Friday, Friday, we all got down on Friday.

Then came the weekend.

Friday has been viewed more than 61 million times. At the time of writing this, Saturday has received more than 7.2 million.

‘‘I love this song.This is my jam. Where’s my peanut butter?’’

It’s the kind of line I’d expect in a Kanye track. (‘‘In a French-ass restaurant, hurry up with my damn croissants’’ etc)

‘‘2pm getting out of my bed, trying to get Friday out of my head.’’

So are 21 million other people.

Now that she’s 16, Black sounds a little less nasal. Her hair is curlier, too. Synth layers loop on top of each other, the melody is mild and repetitive.

There are numerous references to Friday, including ‘‘fun fun fun fun’’ scrawled across the face of an unconscious partygoer, and ‘‘gotta have my bowl’’ written on the side of Black’s cereal bowl. 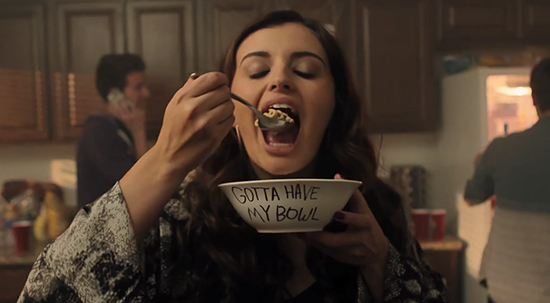 Black and co head to the beach for some fun Saturday activities, including sitting on rocks and writing words in the sand.

They have fun dancing around with sparklers and miniature smoke bombs, but it’s not exciting enough. So they decide to go out.

‘‘Call everyone you know, turn up the radio.’’ It’s party time.

Donning sunglasses inside for her big party entrance, the song starts to build, leading up to the chorus.

The beat goes off, and the party is pumping. Shaving cream, a toy stegosaurus, and a twerking Miley Cyrus lookalike all make appearances. Even Santa Claus shows up to let his hair down.

A melodic breakdown as the scene switches back to the beach.

‘‘Yesterday was Friday,’’ she reminds us, an homage to her previous hit.

‘‘Yesterday was Friday. Today is Saturday,’’ she sings, again.

It’s great that Black keeps repeating what day it is, as there seems to be some confusion. Two particularly puzzled guys took to mapping out the week on a blackboard, attempting to figure it out.

Luckily, they must have called everyone they know and turned up the radio, as they eventually concluded that it is definitely Saturday.

The chorus repeats, over and over.

The party goes on, and everyone has loads of fun. A perfect Saturday.

Does this mean we won’t be seeing a follow-up: Sunday?

*Lauren filed this when Sydney Morning Herald asked her to review the track. I was then asked to write it from a more serious news perspective. But here it is, because it’s hilarious. Much like the song – which is far more comedy-worthy than it is newsworthy.