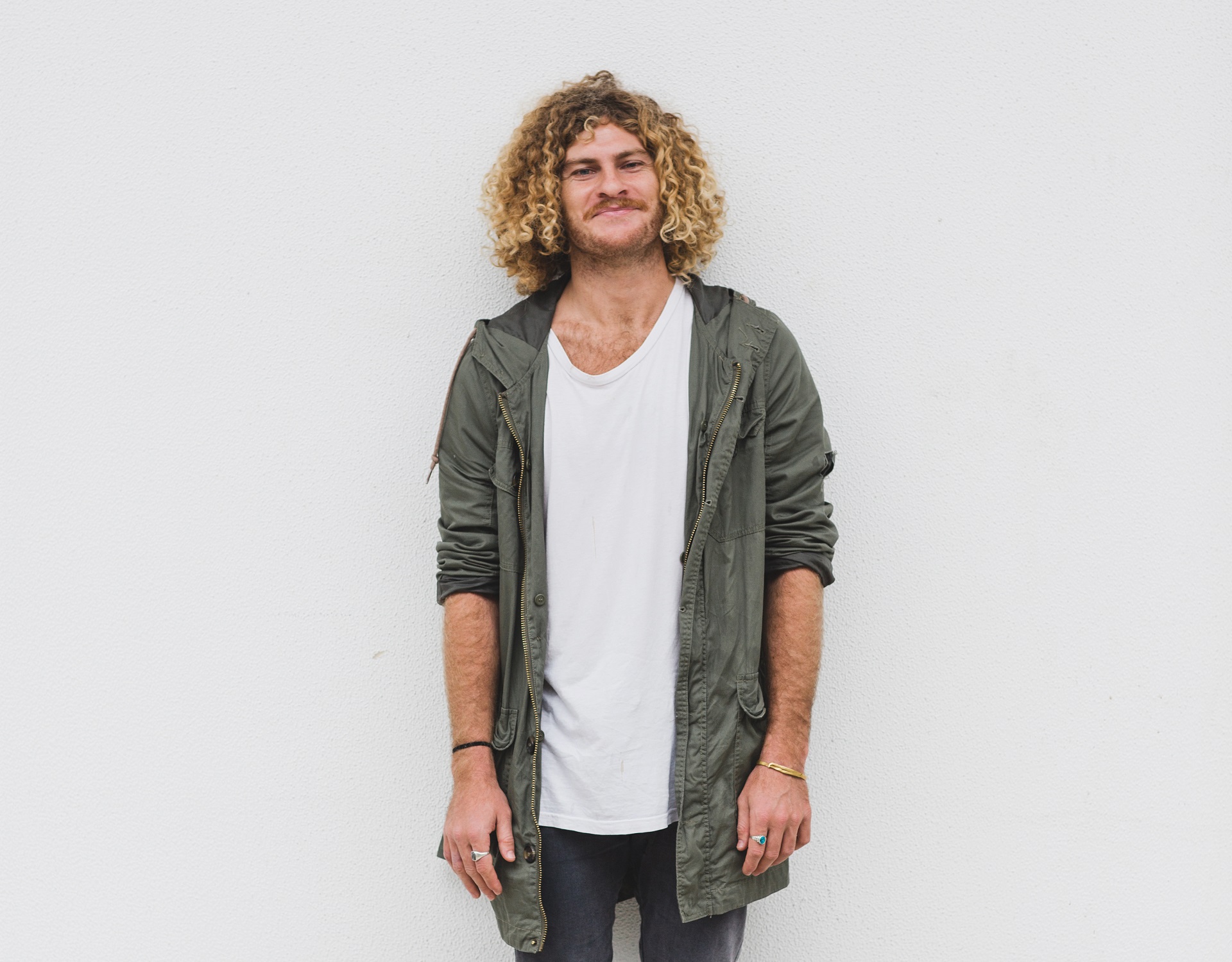 Words by Scenewave Australia - Published on May 8, 2014

Sydney’s Vivid is not far off. We interviewed one of the lads from Mitzi, whose side project Jad & The Ladyboy will feature at The Spicecellar’s SPICE SPEKTRUM. This kaleidoscope of lights, music and cuisine will spark your senses with its multitude of auditory and gustatory delights.

So you’re from Brissie?

You’re in a couple of different bands: Mitzi, Twiggy Lashes and Jad & The Ladyboy. Mitzi is your main focus?

Yeh Mitzi is my main focus and then I’m just driven to do music, and as much as I can. Obviously all us four boys can’t be together and make music all the time. That’s led to me creating a lot of music as Jad & The Ladyboy as a solo thing. Originally just mucking about and trying to make more house oriented music but it went good and I’m getting a couple of releases under my belt that I’m happy with. The Twiggy Lashes thing was something else that came up when I met Sammy, this really cool vocalist from L.A. We just did a track together mucking around and it worked really good. We were happy with the song we created and we decided we may as well make some more music. There’s still more to come.

When are you coming down to Sydney?

I’m coming pretty much just to do the SPEKTRUM thing but I’m going to hang around for the whole weekend. Maybe catch some other VIVID stuff.

Have you looked at anything in particular?

I haven’t actually to be honest. I’ve seen all the stuff that Spice is doing which is really cool. I might be at Spice two nights in a row haha. Prosumer is playing, a pretty cool Berlin DJ which I’m a fan of. I had seen the lineup but I’ve forgotten it now.

What’s your plan for SPICE SPEKTRUM, you’ll apparently be interpretting the colour ‘Blue’?

Oh really? Haha I did not know that, didn’t know what it was all about. That’s cool. I like the colour blue. I’ve been doing a lot of music the last 12 months, I gave up my day job and was doing bulk music really. Just DJing and living off gigging with my band. I’ve had a lot of spare time to do music. So I’ll definitely be playing a lot of my own stuff, a lot of stuff that hasn’t been released yet. A lot of my favourite producers, typical nice house, maybe old disco even. I never really plan out what I play, I always see what the crowd’s like and what the DJ warming up for me is like and what vibes he’s got the crowd in. I never plan a set. There might be a few key tracks I’ll play but I never know what I’m going to start with or where I’ll end up.

What are your go to DJ tracks?

There’s a track by Motor City Drum Ensemble that I’ve been playing every set that I play.  That’s one of my go to ones that I really like. But there’s just so many these days, I play some records but also these days a lot of DJs travel around with USB sticks filled with music. I’ve got gigabytes and gigabytes of music to choose from.

How do you choose on the night then?

Having so much music and the access to play any song that you’d like almost hurts your DJ set because you have so much choice. I always play a set and go ‘Damn, I didn’t even play that song, I really should have’. It’s because you have so much music in front of you that you can just scroll through so easily, you forget about all these songs. It can be detrimental at times. A lot of the time I go by bpm, build the speed of the set, the tempo. Gradually speed up and build energy I guess. I usually start mellow and push it harder and harder as the night progresses.

What kind of music do you mainly listen to? Favourite album at the moment?

I listen to a bit of everything, I don’t like to pigeonhole myself and listen to one genre of music. I think you’ve got to be open minded and listen to a broad range of different stuff. I do listen to a lot of dance music and house music. One of my favourite records right now is by a guy named Leon Vynehall. I think he’s from Berlin, I’m not sure, I haven’t done my research on him. Big fan of his album that he released this year.

Seems like all the good DJs are from Berlin

Yeh it is the hotspot. Slowly but surely there’s some cool music coming out of Australia like a lot of Melburne guys that I’m a fan of that are doing a similar sound to my Berlin guys like Fantastic Man, Francis Inferno Orchestra and Tornado Wallce. They’re doing great things, you wouldn’t think they were from Melbourne if you didn’t know. Some good stuff happening here. Berlin’s definitely the frontrunner for sure.

Spice Spectrum will match Music, Visuals and Food to a different colour depending on the night. Yours is Blue: Nostalgia, Calm and Confidence. What kind of food do you think they’ll have?

So buy your tickets here:

One response to “Interview: Jad & The Ladyboy”