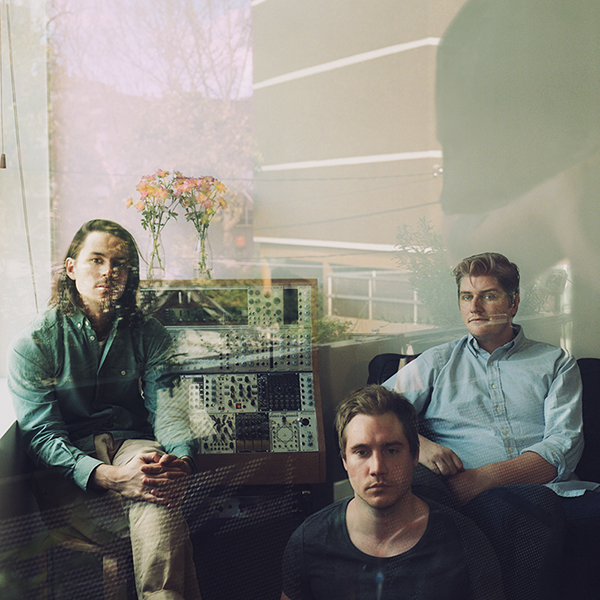 Sydney band The Holidays have just set out on an East Coast tour of Australia following the release of their latest single, Tongue Talk, taken from their sublime sophomore LP, Real Feel. I spoke to frontman Simon Jones about the album, travelling, and the creative process behind The Holidays’ music videos.

Tell me about the title of the new album, Real Feel. What’s the story behind it?

I always jokingly talk about ‘feels’ and ‘vibes’, because music is so hard to describe to people. When we were making the album, we had so many sounds kicking around and different threads we were working on. Talking about each one, I’d talk about what the ‘feel’ of it was. We didn’t really know what genre we were operating in. It rhymes, as well! Title gold.

After the success of Post Paradise, was recording a second album a daunting task, or did you embrace the challenge?

It must have been [a challenge], because it took so long, but it wasn’t so much that we were worried about not matching the previous one. I just remember touring for a really long time after Post Paradise and not really writing anything, because I didn’t have a chance. At the end of that period, it was like, alright, I’m really sick of all these songs now, let’s go and make something really different, something completely new. Then it was a process of taking the most extreme, different sound and then gradually pulling it back into the world of reality. And that’s kind of why it took a long time, because at first I was like, I don’t want to make anything that sounds like Post Paradise. I don’t want it to be tropical, I don’t want it to be percussion-focused. I guess that was just a knee-jerk reaction against playing the same songs for a year straight.

As we got rolling on it, we realised that the stuff that was really striking a chord with us was the stuff that was a bit more like what we’re known for. It was things like guitar riffs that fit into that almost ­Post Paradise sound, so we decided not to completely turn our back on that, just to do something new, but at the same time not forget where you came from.

Of course, your early EPs were much more guitar-focused, but your sound has changed significantly since then.

The whole guitar thing is a love-hate relationship for me. It’s my main instrument, so I can’t shun it completely. But I go through periods getting really frustrated with it, because, you know, I work within a certain range of chords that I naturally play. I guess every other instrument, aside from holding interesting prospects with different textures and sounds, the way of making music with other instruments is challenging and gets you out of your familiar pattern.

Your music videos are also really captivating. Do you usually have the idea for the film clip when you’re writing a song, or does that come later on?

I can’t say I’ve ever consciously had an idea for a film clip while making a song, but I will say that for this record we put more attention into our video clips. In the past, we kind of dreaded making video clips, because it was a process that was pretty foreign to us. We didn’t really have a lot to do with it; it was in some video maker’s hands and their point of view on a song might not be our point of view. This time around we said, ok, let’s actively be involved with it. We could explain to the directors we worked with that this is what the song is about, this is the vibe of the song, and the best way it could be visually represented is maybe this or maybe that. So we’ve actually been there workshopping at the start with all these videos, which has been really fun, because we’ve done pretty much the complete gamut of different video types you can have.

How important are music videos today?

The way the world listens to music is often on YouTube now, and I think having an interesting video is more important than it has been for a while. I know it was important when things like MTV came out – that was a whole generational thing – but I feel like it died off for a bit and the medium got stale. But now, video clips are back because of YouTube.

The video for your latest single, Tongue Talk, is more minimalist, but it comes across as really authentic. Is that what you were aiming for?

That’s kind of what we’d hoped for, but we weren’t sure how it was going to come across. The whole process of making a video like that is really bizarre. Singing to a camera in a huge white space is kind of a strange feeling, and we’re definitely not actors, so we have to remind ourselves to be natural, in a way. When the camera is pointed at you, sometimes you stiffen up and you go a bit strange, but I think what we managed to do in this video is to not look like a lot of bands do in performance clips, like we’re trying to be cool. We were like, let’s relax a lot more and have it more informal, [so] I’m glad that you think it was more authentic.

And you have those moments [in the video] where someone walks out and grabs something or adjusts something on the set.

Yeah! Everything like that that got put in, I was really for it. You know, the whole artifice of a video like that is so stupid, when you think about it. I wanted to show what was happening on the edge of the frame. This is not some magical white world we live in; it’s just a studio, and we’re just playing a song.

You’ve been doing a lot of travelling recently, too. Did that help get you in the right headspace to write the album?

Yeah, you can get a bit stale in the same environment, I’ve always found. It was the same for Post Paradise; I moved house about three times in the making of it, so I was always in different spots recording different things, which was good for the flow, I think. For Real Feel, I was in the same place most of the time, so I needed to break it up with travelling and get more inspiration.

Of all the places you visited overseas, is there one in particular you’d like to return to, to perform?

Probably the most lasting impression on me was Tokyo. I found the vibe there to really sit well with the music I like and the music I was trying to make. There’s this underlying zen feeling there, but it’s also super hectic and isolating, as well, because of the culture shock and being a foreigner in this sea of people who don’t talk to you. Aesthetically, everything about the place is fantastic, but there’s this weird isolation as well.

You’ve just started an East Coast tour, but the dates are quite spaced out this time. Do you prefer that, or is it easier to gain momentum when the shows are closer together?

It’s actually fantastic [laughs]. We do the whole circuit so much that it’s nice to break it up a bit and be able to enjoy each show a little bit more. The last tour we did was really condensed, and you end up a bit of zombie, not being able to really enjoy the moments. It’s still by no stretch of the imagination real work, but spacing it out is a bit more enjoyable for us.

Obviously the last tour you mentioned was the one in support of Real Feel in March; can audiences expect anything different from the shows this time around?

Yeah, a little bit. We’re doing bigger rooms, which means we can have better light shows, put on more of a show, which is cool. That’s something we’ve been gradually edging towards, and every time you step up room-size, I feel like, for our kind of band, it gets better. There’s a few other things that I shouldn’t mention because they might be spoilers.

What has been some of your favourite music so far in 2014?

There’s been heaps of really good stuff so far. I’ve been enjoying that new Little Dragon album. I really like Little Dragon. I wouldn’t say it’s better than the last one, I just eat up anything they do, I love the voice so much. I’ve also been loving that new Mac DeMarco album, it’s got some tracks on it that are so understated and awesome. That Passing Out Pieces single that’s getting played a lot at the moment I really like, but there’s a song on the second half, that Chamber of Reflection. Love that track.

I got a new iPhone recently, and I only put five or six albums on it, so it forced me to listen to just them a bit more and get a bit deeper, but I think I’m ready for my next lot. It’s hard getting bombarded with so much new stuff that you sometimes don’t get enough time and things slip by you. It’s cool to focus in on something for two weeks and then move on to the next album.