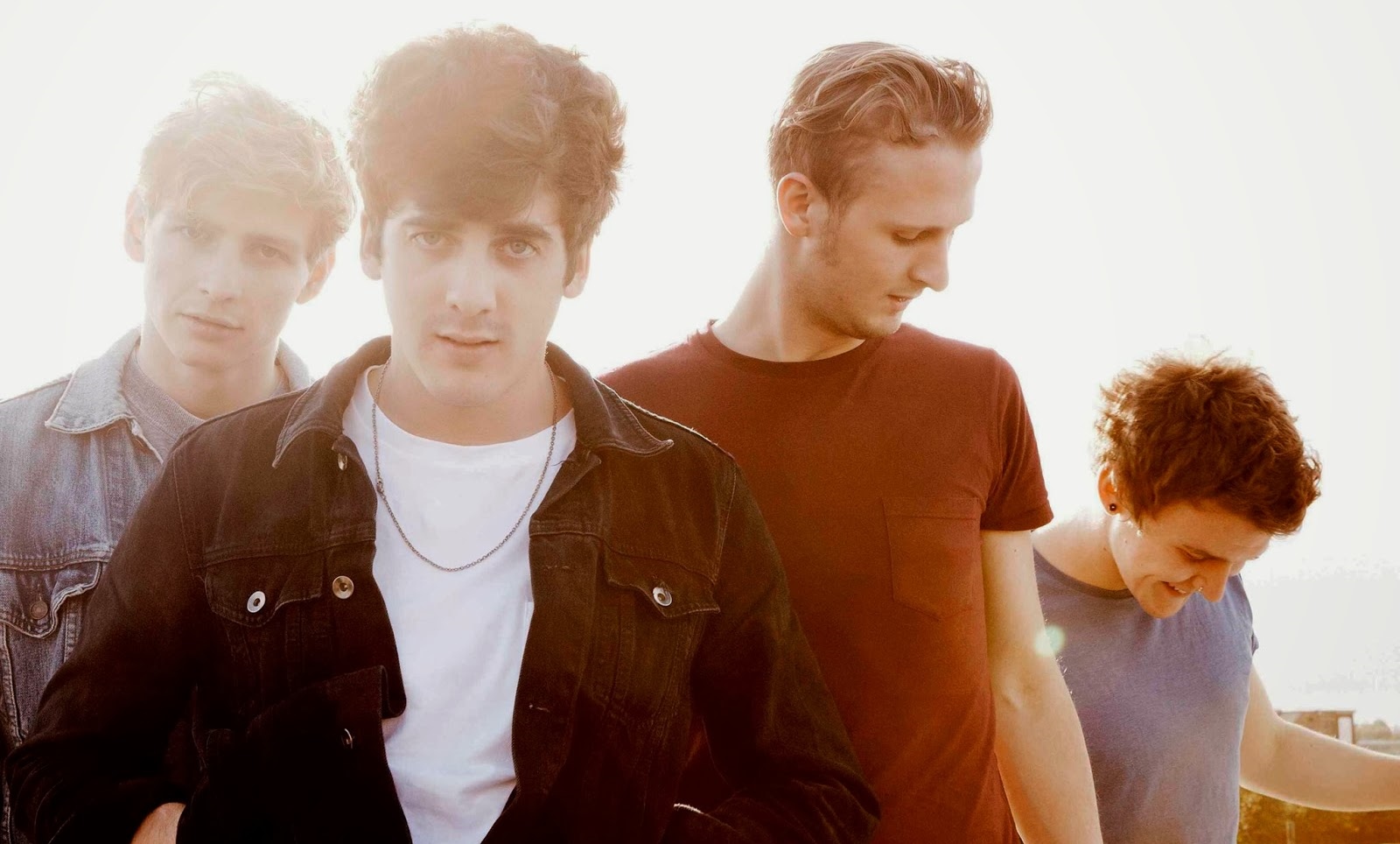 Despite being formed barely a year ago, Liverpool’s Circa Waves have several infectious and extremely well-received singles under their belt and an album on the way. I had a chat with a bleary-eyed Sian Plummer, the band’s drummer, about success, touring, and their imminent visit to our shores.

So, the debut album is in the works; how is it progressing?

It’s going really, really well. We finished recording a couple of weeks ago, so we’re mixing all the tracks at the minute. Pretty much finished, not long left. It’s exciting.

What’s your personal favourite of the songs we’ve heard from you guys so far?

I don’t know… I like them all for different reasons. Stuck in My Teeth’s kinda cool, I do like that one, but I don’t think I have a favourite at the minute.

I’ve read that it took Kieran (Keiran Shuddall, the band’s frontman) a few attempts and some real determination to form a successful band like Circa Waves. Did you approach the band with the same level of ambition as him, or do you feel like you’ve been swept along a bit?

I think half the reason everything has gone as fast as it has with Circa Waves is that everyone is dedicated to it. We’ve all worked so hard, and we’ve all got that single-minded determination to make it work. We’re all in it together.

You’ve just performed at Glastonbury; was that a surreal experience for you guys?

Yeah, Glastonbury was incredible. It still hasn’t really sunk in. It’s the most iconic festival growing up and sort of like a breakthrough act in a band’s career. If you’re at Glastonbury, it’s for real.

You guys hail from Liverpool, which is obviously a very famous city, in terms of music. People talk about there being a certain sound or type of music associated with Manchester, but do you think that’s the case in Liverpool, too?

I wouldn’t say there’s a Liverpool sound, per se. There’s definitely a group of bands that support each other, coming up together. It’s really varied, which is exciting.

You’ve been receiving a lot of attention and radio play here in Australia. Did you ever expect to achieve international success so early on in your career?

No, not at all! It’s quite surreal to imagine your songs being played on the other side of the world and people reacting to them. It’s quite a hard thing to get your head ‘round. We’re due to come over in a couple of weeks, and the idea that we’re going to Australia and people already know of us and know who we are… It’s daunting, but it’s also amazing, as well. I can’t quite believe that that stuff’s possible.

That visit to Australia is, of course, for Splendour in the Grass. How important do you think festivals are for young bands such as yourselves?

They’re invaluable. The amount of people you can reach through festivals is far more… It’s sort of like a condensed tour. The amount of people you probably get to play to in 50 gigs or club shows – you can reach those people with just one gig at a festival. Just in terms of helping a band grow, as well, they’re really important. We’re pretty early into the festival season, but [with] the few festivals that we’ve started doing, we’ve really developed as a band. We’ve had to learn the craft, put on a proper show, that kind of thing. So yeah, I’d say they’re massively important.

You’re also headlining a show in Sydney and supporting Metronomy on a few dates while you’re here. From a drummer’s perspective, do you prefer performing at festivals or playing more intimate gigs?

They’ve both got their different benefits. I love the club shows, especially the small, really tightly-packed, sweaty, horrible ones. They’re always really fun. But with festivals, the size is amazing. We played a festival in France last weekend and that’s our biggest crowd to date. We played to like 10,000 people and that was just a mind-blowing experience. It was incredible. And obviously it’s not the kind of feeling you’re going to get at a club show.

Do you have any expectations of Australia ahead of your visit here?

It’s sunny, I think? [Laughs]. We’re just expecting it to be really hot and nice. I’m looking forward to that.

What are some of your favourite Australian bands? Are they any Australian acts that have had a bearing on Circa Waves?

I guess bands like The Vines and that kind of garage scene, that’s sort of had an influence on Circa Waves. It’s hard to say, really. We’ve all got our own individual references. Growing up, my mum and dad used listen to a lot of Midnight Oil, so they’re big on my radar.

Is there a country you’re yet to visit where you would particularly like to play?

I’d love to go to the States; we haven’t been over to the States yet. And we’re going over to Japan, as well, soon. I think we all want to go everywhere [laughs].

2014 has been a fantastic year for music so far. What have been some of your favourite releases?

Metronomy’s album (Love Letters) has been a big one for me. I’ve been hammering that quite a lot recently. Sorry, it’s still really early in the morning here; I’m trying to figure out which albums came out this year [laughs]. But yeah, definitely Metronomy; that’s an incredible album. Can’t wait to hear it live when we play with those guys.

Yeah, that’ll be fantastic. You guys are doing a lot of touring at the moment; do you find that you start to get on each other’s nerves a bit, or do you all get on pretty well?

Yeah, we all get on pretty well, to be honest. We all have our moments, but we’re not kicking each other’s arse every five minutes or anything. We’re a pretty relaxed outfit.

I suppose you’ve got to be, with that many hours in a van.

Yeah! Well, that’s it, just sleep and listen to a load of new albums, and deal with the rest of it as best you can [laughs].

Circa Waves will be in Australia later this month for Splendour in the Grass. You can also see them at the following sideshows: