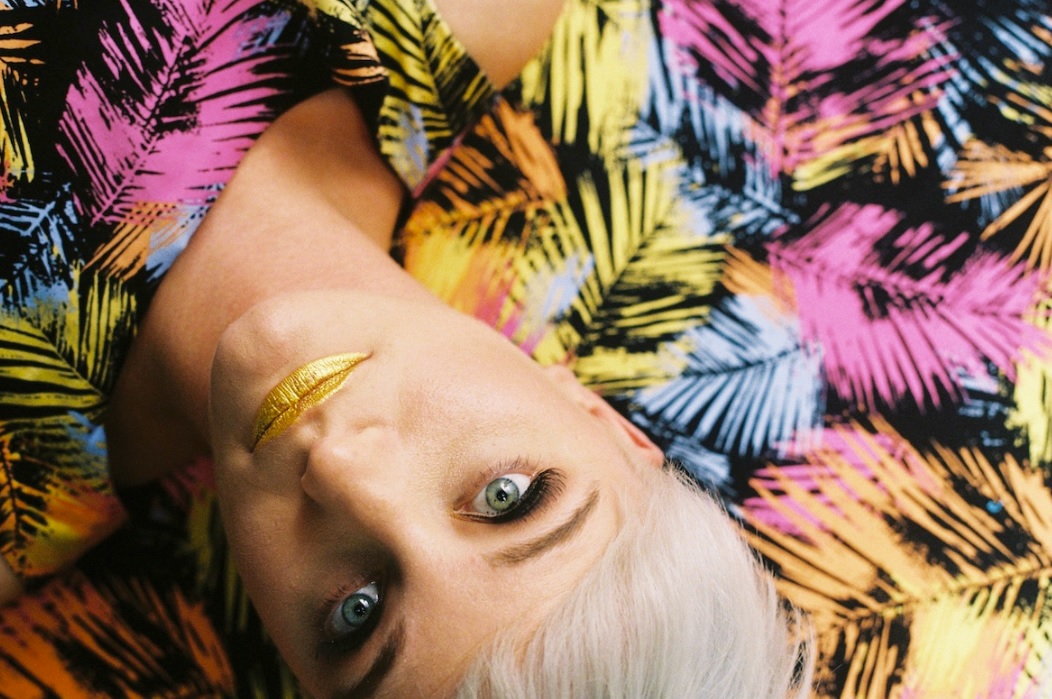 Nussy has certainly hit the ground running. The Australian pop starlet has dropped her debut EP, a four-track taster of what is to come. With a startling original look and smooth vocals, her electronic pop has already achieved a big Aussie fanbase.

We had a chat to Nussy about everything music and what is to come – from pop icons and John Mayer to Katy Perry and world domination.

Who first introduced you to music?

My parents. When I was a kid, there was always music playing in our house, and always different styles.

Have you always wanted to be a singer?

To be honest, not really. I was always a pianist, having started lessons when I was four years old. I liked to sing but I didn’t ever see myself as a singer. As a teenager I knew I enjoyed writing and playing and I knew I wanted a career in music but I always thought I’d take more of a producer/musical director kind of role. I came to singing quite late – I actually didn’t start lessons until I was almost finished high school and then I realised how much I actually loved being able to sing the songs I’d written. And that was that!

Who are your greatest influences?

There are just so many! Madonna is someone I really look up to. Her ability to stay constantly relevant without compromising her ideals as an artist is really phenomenal. Another big influence of mine is French band, Phoenix. I was actually lucky enough to meet them earlier this year and to have the opportunity to pick their brains was just mind-blowing! Again, the longevity in their career is just amazing and musically, they are just brilliant!

How did you decide on the name ‘Nussy’ and does it hold any significance?

It’s actually just my nickname. My late partner was amazing at coming up with nicknames – it’s like it went from Dani to something else, to something else and somehow ended up at Nussy. For some reason it just stuck and everyone started calling me Nussy so it was kind of a no-brainer for me that it’s what I would be called.

What is your ultimate goal in your music career?

World domination? Honestly, if I can make a living making music that people love for the rest of my life, then that’s enough for me.

What is more valuable in a music career – possessing a great voice, or an exceptional ability to compose music and lyrics?

I actually don’t think you can have one without the other. There’s no point having a great voice if you don’t have great songs to sing. And a great song can fall flat without the ability to deliver the melody and lyric in an appropriate way.

If you were to emulate one of the pop heavyweights of today, who would it be and why?

Katy Perry. I adore her. Her songs and her live show just emulate her personality so well and I think honesty is what makes her so great. She’s just having fun being herself!

What would you say to people that believe pop music often automatically means lower quality music?

I would say “pop” music is just short for “popular” music. It’s really what is popular with listeners at the time. The Beatles were playing “pop” music in the 1960s – would you say they were playing a lower quality of music? No.

You have an impressive and original look – how important do you think image is for a musician?

Thank you!  I think image is extremely important for a musician. Having said that though, I think a lot of people think that means being tall, slim, pretty. It’s not that at all. It’s about having a clear image of who you are as an artist and sticking with that. For me, I love fashion and I love using it as a way of expressing my character.

What was the experience like of creating your first music video?

It was exciting and daunting at the same time. I was so nervous because it was unlike anything I had ever done before but Jarred Osborn and Julian Lucas from Lips were great directors. They have had quite a bit of experience directing music videos and made me feel so comfortable that it ended up being so much fun.

Have you had a lot of support from family and friends?

My family are my absolute biggest support in the world. They have never questioned my desire to be a musician and have always backed me in everything I’ve done.  And my friends have been so amazing. The support I’ve received from them has been so overwhelming. They are all so eager and willing to help in any way they can and I honestly cannot thank them enough.

What was your inspiration for your EP – did you have a coherent idea for the entire EP before you stated writing?

As artists, we write about what we know. Obviously, our life experiences and what we are personally going through at a certain period in time is going to come through in our writing. At the time I was writing the songs on this EP with Michael DeLorenzis and Michael Paynter at MSquared Productions, I had been noticing in a lot of people around me, this increased sense of fear that “getting older” means that life ultimately gets boring. As young adults, society puts this intense pressure on us to appear like we have everything together when in reality, we’re in our mid-twenties and half of us are still trying to figure out who we are. I wanted to subtext of the tracks on this record to pose questions like “Let’s be serious about our lives but why can’t we have fun while doing it?”

If you could collaborate with any artist, who would it be?

I would have to say John Mayer.  He writes such beautiful music and lyrics and boy, can he play!

What can we expect next from you?

I don’t want to give away too much but I will be going back into the studio with the boys at MSquared really soon!