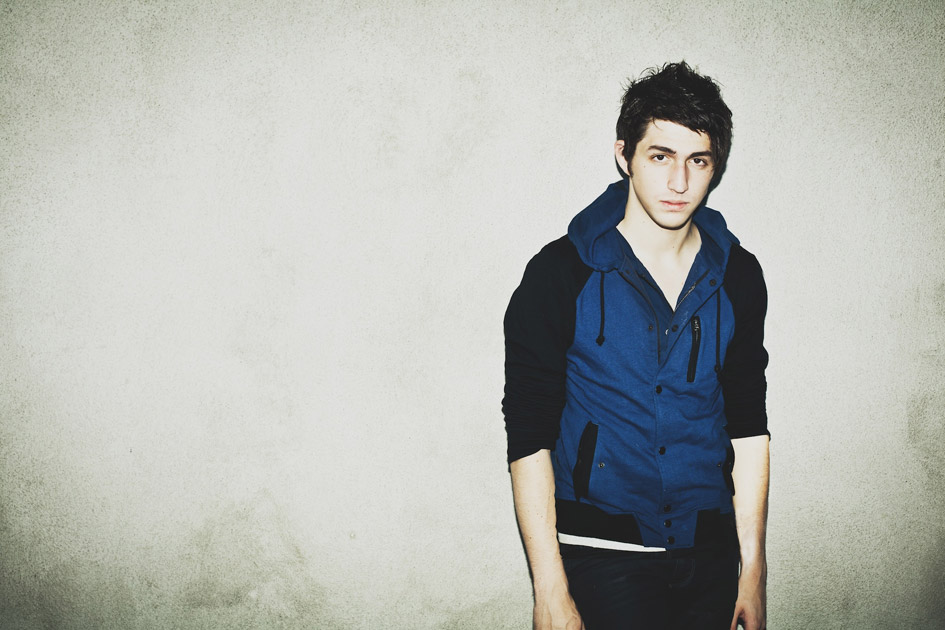 Ever wonder what it would be like to run around LA with grenades, knives, guns, and a casual bazooka destroying buildings as you go? No? Porter Robinson did! His new video clip for his latest single Lionhearted, is a visual feast that sees himself and accompanied by a gang of swaggy Harajuku girls running havoc in the night. He’s also taken on the help of Japanese style queen, Elleanor Yamaguchi (a.k.a Elleanor Tokyo) to make it just that little bit cooler. The song is the third release off his debut album Worlds, and if the singles are anything to go by, I would say PR fans (myself included) are in for a real treat! We got to chat to Porter recently about his highly anticipated album, where the idea for this clip came from, and why he won’t be playing too many “bangerz” in his new live show.

So your clip for Lionhearted! Such a crazy story line – can you tell me a bit about it?

Well I think the central theme of the album is about escapism and fantasy. It’s not very much about, you know, inspiring the youth to get out and vote. It’s not an activist album; it’s not really much about reality. The focus is about escapism, so I think the video really references video games and stuff like that. I knew I wanted it to be sort of “fashion-y” as well, so of course that was faced with the dilemma of how to stylise the girls. So I was contacting one of my friends who is well known in Harajuku in Tokyo. I spoke to her and asked if she had done styling before, and she said yes, so I asked her how she’d like to fly out to LA to stylise some people for a video! As generic as it may be, that was the most fun thing I’d ever done!

Totally! It’s such an awesome clip, especially with the effects! That stylist is actually in the clip, isn’t she?

Yeah! Her name is Elleanor. She basically attended the auditions and everyone who we ended up picking for the video, were all like independently famous on Instagram. So Elleanor decided to audition because we were getting a few awkward auditions, and it was great! I don’t think it necessarily required the most intense acting chops ever, because I was in it and I’ve never done anything like that before. But she was awesome! We flew her out to style it, and then she was like, “Let me try this!” She was really assertive and great, and she had such a strong vision for it.

That’s awesome, especially because it kind of became an overnight Internet success!

Yeah that was awesome!

So what can we expect from your album?

The album is something I’ve worked on for the past two years. I have kind of become known for EDM/tech stuff, and as I continued on the DJ circuit, I started to grow a little bit wary of some of the music. I was finding that I was having to make compromises in the music in order for something to work in DJ play, and trying to make stuff work for DJs wasn’t inspiring for me. So I decided to write an album that focuses more so on being beautiful on the outside and there is a lot of video game inspiration. A lot of the album takes place at 90 BPM, which is not really a common dance suited tempo, but I find a real groove there. It’s very much about escapism and fiction – that’s very much the vibe.

Okay! I’m interested in what you said about how you’re not calling your next release, “Flicker” a single – you just want to show people.

Well it’s not the type of song that really has any viability on the radio or something. It’s not a song that aspires to be catchy or anything, it’s kind of like a little jam. I just wanted to give people a sense of more of the centre of the album before it came out. It’s the last one I will release; it’s probably the “poppiest” thing the album’s got. I wanted to show people more of the core of the album; although I think the song that symbolises the record the most is the song before Lionhearted, called Sad Machine.

There’s quite a bit of hype surrounding Worlds as the release date approaches – how do you handle that type of pressure?

I think with the high expectations, it’s something that I kind of revel in and I’m happy to try and meet. I think I talked really highly of the album leading up to its release because it’s actually my best material ever. I think the pressure to do something that people want to hear is tough, but I am constantly faced with needing to make videos for songs that could maybe one day hit the radio. This album is a move towards trying to do something really honest.

You’ve got a fair few collaborations on the record, so that’s obviously something you’re a fan of. How does your creative process differ with collaborations compared to your solo material?

Well I started some high profile collaborations with bigger artists and stuff, and we’d start them but then there would be a creative difference and then they wouldn’t pan out. I think, ultimately, the collaborations on the album are with artists who were just down for me to be like, “Let’s just do it this way”. It didn’t change my process for me too much, because I was kind of being bossy, but also I was working with some very honest and very eager people. The biggest difference was that I’ve been producing in my bedroom for nine years now, and having to go to a different studio because I don’t even have the ability to record vocals here – that was the biggest difference. There is sort of a different way to write music in front of a keyboard rather then in front of any typing keyboard, but overall it wasn’t too foreign.

So I hear you’re quite of fan of the “Australian sound” in electronic music! What are your thoughts on what’s happening here? Who are some of your favourites?

Man, there has been a lot of good music coming out of Australia at the moment. Obviously Future Classic is amazing – everything that comes out of that label is inspiring to me, more or less. Then of course, everybody knows Flume. He is just so fantastic, and I don’t think you can find a single artist who is not inspired by him at the moment. I also really like Basenji, Cosmo’s Midnight, obviously Wave Racer… I think also, that “beats inspired” sound has also had some really interesting implications abroad. I’m starting to hear international imitations of it… Well not really imitations, but music that takes a twist on it. There is this burgeoning scene in Paris at the moment of guys that are making melodic, somewhat trappy inspired beats. They’re all making stuff that sounds distantly Australian, and is inspired by that scene, but with a fresh perspective on it. It’s really inspiring to me at the moment.

Have you started working on your new live show? How much effort goes into that? Some people are a bit spontaneous; others are a bit more planned and thought out – where do you fit into that?

I’ve been working on it for weeks actually. It’s what I was working on before this interview. It’s really tough because I just finished the album, and I’m basically trying to create another hour/hour and a half of music that I’ll be able to perform live. My set up is extremely disorganised, so it’s really hard for me to make stuff that I can play live. But, obviously I’m trying for a really cool, visual experience.

How much does the live show differ for you, from festivals to club shows to live shows? How much do you think it will be affected by the new stuff?

Well the new tour, accompanied with the new album, is really different and not strictly EDM. I don’t think I’ll be really taking it to clubs – it’s going to be more festivals and live venues. It’s going to be a really different thing. I’ll be playing pretty much exclusively my own music, as well as singing, live instrumentation, samples… It’s the sort of thing, in my opinion, that isn’t really suited to “bottle service, VIP” clubs so if I do go to clubs, it’s going to be a more conventional DJ set for me. My main show now is going to be this live thing, which is all original music, and I think it’s a more challenging thing for people. I think I’m really upping the anti in terms of visuals and content. It’s really going to be a treat, especially for real fans. I think anyone who’s coming to the show expecting a crazy rave might not really enjoy himself or herself, frankly. But if they’re a fan of my music and if they listen to my music, it’ll probably be the best time ever for them! I’ll be referencing old material, and visually it’s going to have so much to do with my aesthetic. I’m super, super excited about it. It’s not going to be this fucked up, crazy shit fest of “dropping the bass” – it’s going to be a little different to that.

So not a “bangerz” filled set?

Yeah! I mean, I still want the music to be loud at times, but I wanted to put a twist on that feeling, and focus more on being pretty with melodies and stuff. I think that’s certainly going to come through on the show, although it certainly will get loud too!

Can we expect another Australian tour in the future?

I think if you look at my touring history, I come back to Australia pretty regularly! But that’s as much as I can say!

Porter Robinson‘s debut album Worlds is out August 8. The first three singles (Sad Machine, Sea of Voices and Lionhearted) are available for instant download when you pre-order the record from iTunes.

One response to “Interview: Porter Robinson”