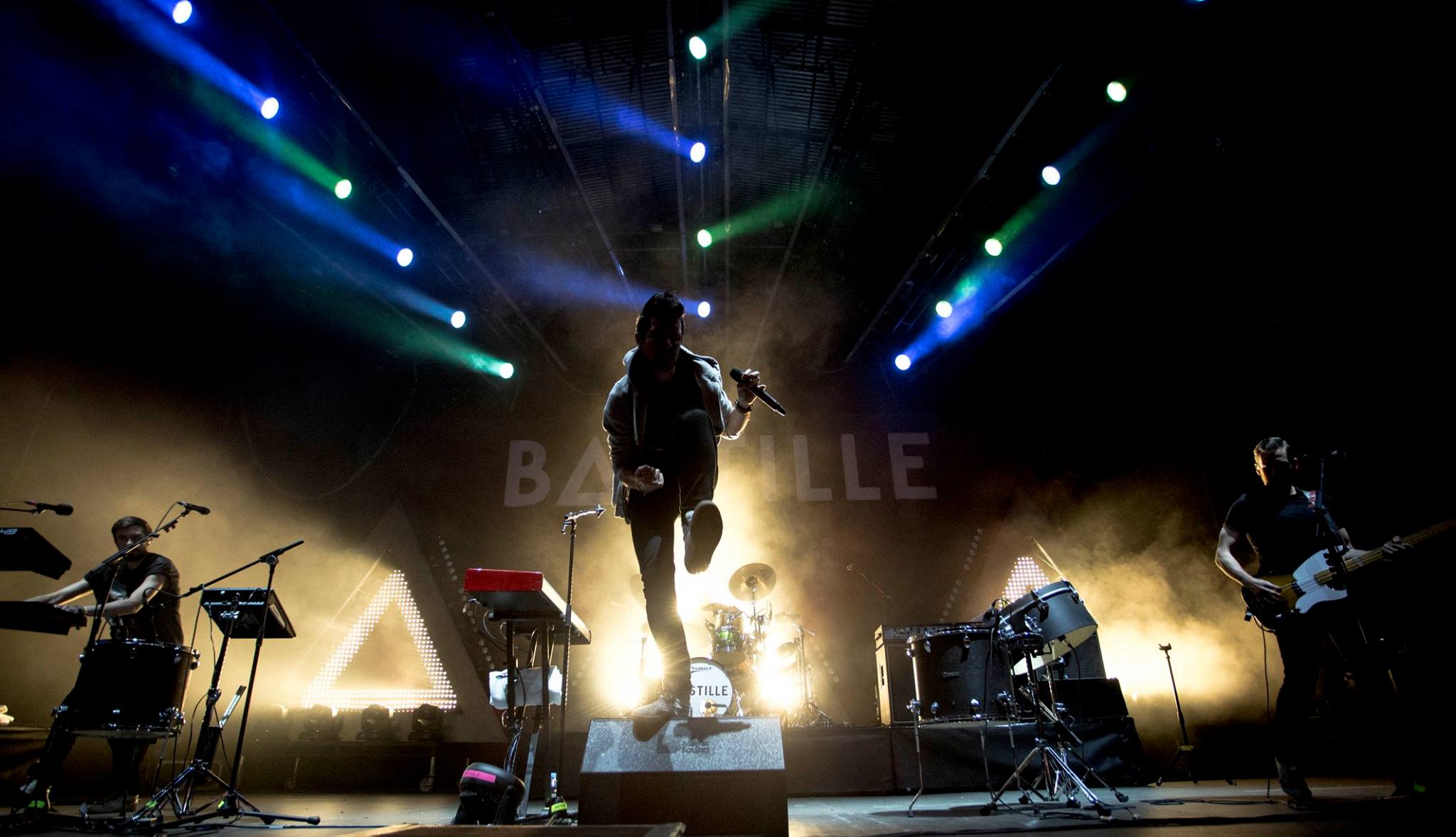 Ahead of arguably one of the most enthralling lineups to be announced this summer, Sydney’s FIELD DAY we got a chance to have a chat to the lovely English lads Bastille. Conquering the world over the last two years with their endless tour schedule, they’ve won millions of fans over.

Taylor Derrick finds out what we’ve got install from the lads over the next year from mix tapes, their take on the Australian music scene, across to wrestling entrance songs.

So where are you calling from?

From the basement of the venue we are playing at tonight, in San Diego. You guys have been non-stop this past year, I understand you are currently finishing up on.

Your second US tour? How has it been? What has been some of the highlights?

So we have been touring for the past two months and are now in our final week. It has been mental! Probably a highlight has been playing at the iconic Radio City Music Hall in New York. Oh yeah and loved playing at Denver. The crowd was mental, massive production with video screens and everything. It felt more like a show than just a normal gig.

Any fabulous tales of debauchery or drunken shenanigans we should know about while you guys were on tour?

Um, nothing too shocking. We are all just so busy. Though I can tell you a random story of when we joined a university football (I mean they call it soccer but its football!) training session. So being from the UK and all that I went in pretty arrogant and they completely destroyed us.

New Mixtape out next month – Other People’s Heartache Pt.III. From what I have heard so far it sounds amazingly different from the band’s latest album. What can we expect?

The ideas are original with some collaborations such as HAIM and all sorts. Also working with some lesser known artists. Rag N Bone Man is awesome. I think he will be massive.

What do you think the reaction will be with the difference between your first album and this new mix tape?

Positive I think! It has really given us an opportunity to work with a lot of different sounds which we wouldn’t have a chance to on a normal album. It’s more rockier and R’n’B. I think it is important when changing the nature of band to do it gradually. It has been over 18 month since the release of our album so this mix tape is like bridging the gap until our second. We are starting to work on our second album which probably will not be out until the end of next summer.

How have you found the time to work on your material while touring?

We have been going non-stop all summer. It’s just about balancing and we feel like we kind of exist in our own little bubble so it’s been pretty good.

So returning to Australia from your June tour this New Years for Field Day! I know you only have a short time back in Aus, any plans?

We are only in Australia for 48 hours! So no real plans. We are in New Zealand for Rhythm & Vines for New Year’s Eve and then fly over.

A fabulous line up this year full of Australian Artists, who would you love to get the chance to see?

We have been so busy and I can’t say I know what the line-up is. Who is playing?

So we have SBTRKT, ALT-J, RÜFÜS and ready for it…. SALT-N-PEPA!

Salt-n-Pepa! Really? Definitely down for Salt-n-Pepa.

What is your take on the Australian Music scene?

Unfortunately not really up to date with what is happening in the world to be honest. I’ve always loved Wolfmother. I’ll have to research some new music. Sometimes I’ll get lost on Youtube checking out new things however haven’t had the time lately.

What was your favourite festival to play at?

Mmmm that is a good one. It would have to be Glastonbury as it is kind of like a home festival for me, though Sziget Festival in Hungary was bonkers!

I recently saw the band’s performance for Band Aid 30. How was it?

It was mental. We were there for only 24 hours! Got home around 9am and was in the studio by 10am. It was mind blowing. Everyone was so cool. Bono was really nice. We were in between One Direction and Ed Sheeran, such a good cause.

Does it not feel surreal saying ‘Bono is really nice’. Did you ever think 3 years ago you would ever say that!

Not at all. It has been amazing.

Where are you spending Christmas? Home?

Yes, we are allowed to go home for Christmas (laughs). We have a few gigs at home and then we fly back out on 27th December.

I am such a summer person so I’d definitely be keen one day to spend a Christmas in Australia, filled with beaches, bikinis and BBQs!

What would be your entrance song if you were a professional wrestler?

This is a hard one; let me think for a second. I don’t know… oh let’s just go with ‘Woman’ – Wolfmother.