Five and a half thousand punters turned out to the Brisbane Laneway Festival on Friday afternoon and were treated to amazing performances by some of the best local and international indie acts this summer.

The close proximity of the three stages made it very easy to get around. The festival vibe was chilled, providing a welcome change to most of the other summer festivals predominately packed with sweaty shirtless wankers and fluoros.

The day began with an impressive set by the Portland ‘new wave’ band Hockey. Their hit song ‘Too Fake’ drew the first big crowd of the day, with everyone all too happy to sing and dance along with the very confident lead, Ben Grubin. 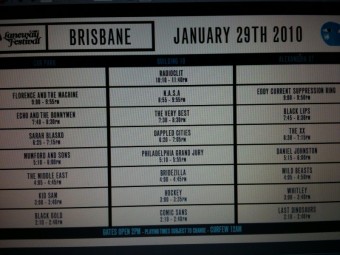 Wild Beasts were the next band on the list for us to see. ‘All The Kings Men’ was a song that made the scenewave weekly playlist in recent times, and we were very interested to see if they could live up to their reputation. The crowd size didn’t do the band any justice as they played a terrific set. Lead singer Hayden Thorpes countertenor vocals made the band a spectacle to watch.

The Very Best, with their distinctive cosmopolitan vibe, weren’t a must see for us, but i’m glad we checked them out. Playing song’s collaborated with Ezra Koening, M.I.A and Architecture In Helsinki provided a stark contrast to the emotional XX beforehand.

Top 3 Performances of the night.

Now this may come as no surprise for many of you, but our favourite three acts of the festival were dominated by the Brits.

3. Florence and the Machine

Florence and the Machine’s epic show-closer showed just why there’s so much hype around Florence Welch’s brand of soaring pop. Florence’s ethereal costume exquisitely complimented the decorated stage and large harp side-of-stage. As the tension grew, Florence floated on to the stage and delivered hit after hit from her incredible debut album.

The black clothed trio seemed almost unaware of how popular they are in Australia as they effortlessly performed most of the songs from their debut album (almost in order). You couldn’t wipe the smile off their faces the whole set, it was evident to all that they were very happy to be there. 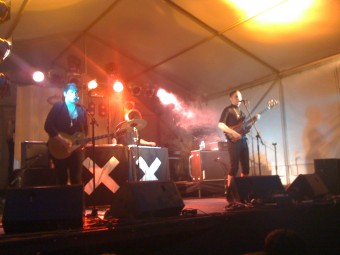 Lead singer Romy Madley-Croft and the demon bassist Oliver Sims vocals sublimely compliment each other so much so that they sound like two very different parts of the same great voice. These two, coupled with the “drummer” Jamie Smith, provided the packed out crowd with addictive songs ‘Islands’, ‘Crystalized’ and ‘VCR’ conveying a strong sense of intimacy and longing. Their set definitely rewarded those who had invested time into their incredible self titled debut album. 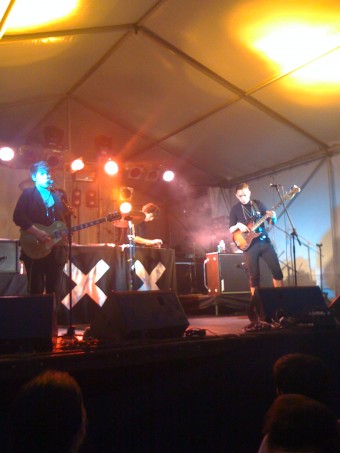 The UK quartet were obviously the flavour of the day after taking out the honors in the annual Hottest 100 music poll just days earlier.

It was a humbling experience to see them on stage giving it their all, only stopping between songs to tell the packed crowd it was their largest concert to date and how excited they were to be there. Marcus Mumford was very much a crowd pleaser, interchanging from the guitar with a single bass drum to a full drum kit for a few songs.

They opened with ‘Sign No More’, the title track of their debut platinum selling album. Their harmonies throughout the whole set won me over, and their charming UK swagger endeared them to the crowd. They wasted hardly any time getting into their hit song ‘Little Lion Man’ which generated the biggest singalong of the day. 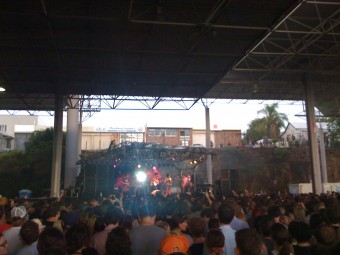 After the festival subsided, the dazed and dreary seemed to stumble out after one another onto the streets of fortitude valley. For some, the afternoon had taken its toll, for others the weekend had just begun. Those ‘others’ included the scenewave team. We ventured on toward The Empire and ran into Romy from the xx on the way in.

A perfect way to end an awesome day. I’m already looking forward to next year!