John Butler Trio are set to play Brisbane’s Riverstage on the 23rd September with Blue King Brown in support. 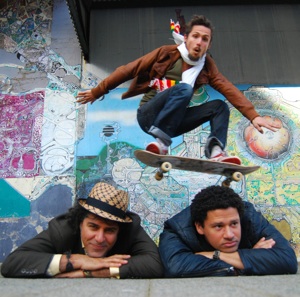 The band completed a sell out tour through the UK and Europe headlining major theatres and have just commenced their most ambitious run of dates in the USA which included shows at the prestigious Red Rocks Amphitheatre in Colorado and a capacity show at New York’s Central Park Summer Stage.

Their most recent performances in Australia being Woodford over the New Year and at Triple J’s One Night Stand still stand fresh in the memories of many, with the April Uprising tour to reconfirm their amazing live sets.

Tickets are on sale now so don’t miss out:

When: Thursday 23rd September
Where: The Riverstage, Brisbane, QLD (Licensed/ All Ages)

Tickets available from ticketmaster or Tel: 136 100.

Alternatively, you can buy tickets through oztix.