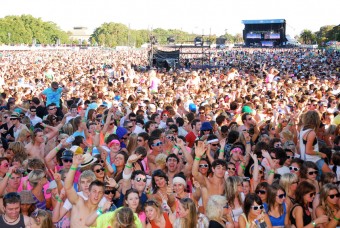 For all festival goers, it only seems like yesterday that the summer of music had just concluded. With weeks turning into days we are on the eve of Parklife 2010 first announcement. All those that attended last year’s event would have been witness to a vast array of talent including Metronomy, La Roux, Crystal Castles and The Rapture to name a few.

The Brisbane festival scene has taken a blow with Gold Coast taking its leg of the tour. This is disappointing considering last years success (even if there was a major dust storm!) Event organisers have confirmed that the festival will be held on the following dates.

Keep your ears peeled to JJJ mornings with Tom and Alex, who are making the announcement Wednesday 9th of June. Im expecting something big.