Hold on to your pants, Band of Skulls is coming to have their way with you

Thick, glam, sexy rock-and-roll with heaaaaaps of balls and a generous helping of tambourine…

Sound like something you might be interested in? Well I recommend you pop Baby Darling Doll Face Honey, the most recent offering from Band of Skulls, onto your iPod and deliver it directly into your head. With the volume turned up to 11. 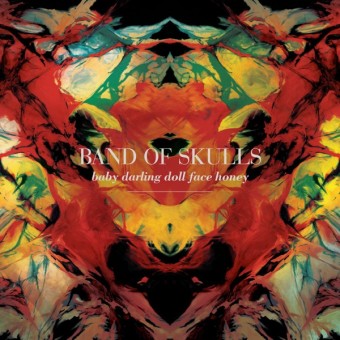 Any trio with three songwriters and two lead singers is guaranteed to produce an exciting and eclectic mix of tunes and Band of Skulls do not disappoint. In a time where pallid, whispy indie ballads seem to be multiplying exponentially and threatening to take over the world (perhaps they are breeding?) it warms my inner Keith Richards to hear some good old-fashioned rock-and-roll that forces you sit up and take notice. Death By Diamonds and Pearls and Friends are definite highlights of Baby Darling Dollface Honey – and should be enjoyed with a side order of air-guitar and 90s-style head banging.

Although it can definitely be said that, at times, they sound dangerously similar to the White Stripes (particularly on I Know What I Am) – when it all boils down to it, being reminiscent of one of the seminal bands of our time isn’t really the worst criticism in the world.

The album does shift down a few gears towards the end, becoming something slower and more melodic which some might find a bit of a snooze compared to the first few power tracks.

However, what is really great about Band of Skulls is that they feel like a real band – nothing engineered, nothing fake, no song-writer monkeys on typewriters tapping out their tunes for them, just three buddies who love to make kick-arse, bare-boned rock music. Talking about how they value producing something genuine for their fans, frontman Russell Marsden said:

“I think that, if you are not honest with what you are doing and you are trying to write to a certain audience or something people can see through you pretty quickly. If people like [our music] – great. If not, we’ll still be doing it to our mums and dads and two friends in our local pub.” – interview: LastFM.com, 2010

So, go forth and immerse yourself in the hypnotic fuzz created by Band of Skulls! Anyone who is Splendouring can check them out Saturday morning at the Amphitheatre: Guaranteed enjoyment or full refund after the 30-day trial period (okay, that’s a lie). 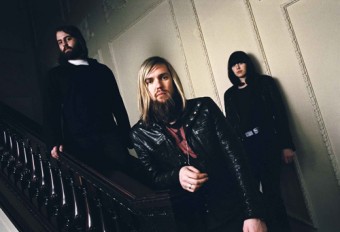 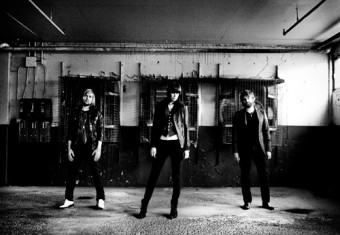 Band of Skulls – Death By Diamonds and Pearls

Band Of Skulls – I Know What I Am