Arcade Fire have performed two songs at Californian based radio station KROQ FM during the week. The two songs they played were both off their flawless album, ‘The Suburbs’, with the songs of choice being ‘Month of May’ and ‘Ready to Start’.

It always amazes me how Arcade Fire can bring so much energy, and passion into every set they play no matter how big or small. It’s been heavily speculated that Arcade Fire will be down in Australia half way through this year. I’m predicting a headline performance at Splendour in the Grass 2011. 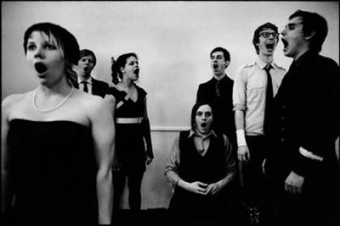