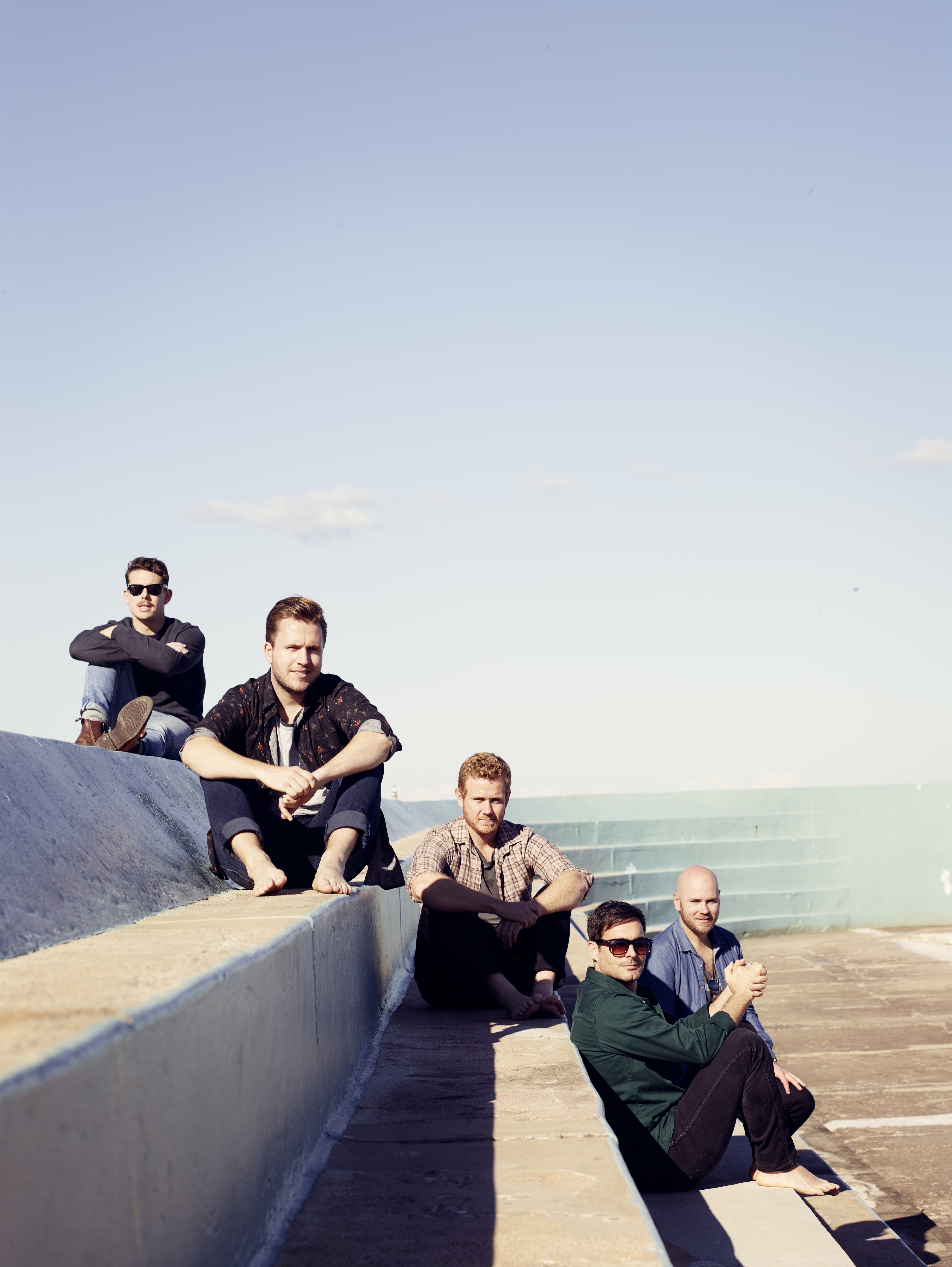 Prodigal Australian sons Boy & Bear have been doing the hard yards. With 18 months of solid touring around the globe under their belt, they’re headed home for something special. The Get Up & Dance tour will see them play at some of Australia’s most prestigious and beautiful venues, including the Sydney Opera House, with extra shows already added for Sydney and Melbourne. We took up a moment of guitarist Killian Gavin’s brief spare time to discuss highlights, second album pressure and going from bandmates to best friends.

You’ve been touring for over 18 months now! What have been some of the highlights for you?

Oh gosh! It’s so hard! We’ve been fortunate enough to go to so many beautiful cities and countries, and play some pretty fantastic shows that have been really fun. I think if I had to list a highlight, I’d probably say Vancouver. We played back in March or April, and it was just one of those nights where everything comes together. I felt like we performed well, the crowd was fantastic and the venue was brilliant.

Awesome! So the Get Up & Dance tour is your final tour for Australia for 2014 – what made you decide to play in theatres this time around?

We always make decisions about what rooms you want to play in and where you want to go – there are a handful of rooms that we could’ve gone to and some of them we’ve played before, but these are theatres we’ve never played before – except for the Opera House. It’s more of a privilege than anything else to go and play some really beautiful rooms, and we have the opportunity to do so, if we desire. They’re also more beautiful in my opinion!

Yeah! You’ve got some really beautiful and prestigious venues on the list. The Tivoli here in Brisbane is one of my favourite venues ever!

Yeah, it’s one of my favourites too actually – it’s such a great room.

What can audiences expect from this tour? Do you think the venues will have an effect on the crowd?

I think venues will always have an effect on the crowd. If you turn up at a pub, you’re often getting a riotous, noisy kind of crowd, which can be fun for different reasons. I think we wanted to make it an intimate show. When you have people in seats, they’re often much quieter and much more attentive. You can be a lot more dynamic in your playing and more dynamic in the overall energy of the band. I think those little intricacies can be lost when you play pubs. We’ve played theatres quite a few times before, and we have a strong connection or likening to actually playing those rooms. They’re just really fun for different reasons.

Have you changed your live show to suit the venues now?

Absolutely. We’re still overseas right now, but when we get back we’ve set aside a week to go over the set and make a few changes; maybe bring in a cover and try and bring in a few different dynamics again to the kind of the overall set. Maybe we’ll try and slow it down at times where we would have usually sped it up. You do cater for the venues you’re going to be playing in by just going over the things you’re going to be doing and re-tweaking.

In the early stages of Harlequin Dream, how did you find the pressure following up such a stellar debut in Moonfire?

I feel like every record you do, regardless of if it’s your first, second or seventh, is always going to have a certain amount of pressure associated with it. I found that with this record – because it’s our second record and they can be somewhat unforgiving at times with certain bands – we never really spoke about it as a band. We were blown away with how well the first record did, so I think as a whole for us, it was more of a learning curve more then anything. That was the first time we’d got together and made a record as a band. So when you do something like that and embark on something that big, you’re bound to come up with certain issues. We looked back and saw a lot of things we would’ve loved to do differently, and a lot of things that we just learnt in hindsight how to achieve. We were too busy, we didn’t really have any time to consider that kind of pressure.
I said in an interview quite a while ago, after we finished the record we had three months before it was released – and it was only in those three months that I realised that I had a bit of nerves and anxiety on how it was going to go, but at that point it was too late. The record was already done, we’d done all we could. But yeah, funnily enough it didn’t happen until then.

Did your creative process differ much from the first record? Is it a collaborative effort for the five of you?

Yeah, absolutely! It changed somewhat significantly from the first record. First of all, we recorded it overseas in one block. We were in the studio for seven weeks straight. You just have to power through, and when you’re done, you’re done. Whereas with this one, we wrote the songs slowly over about a year and a half, and we recorded it slowly in Sydney over about eight months. That meant we had a lot of time to revisit things that we weren’t happy with. Southern Sun, for example, was recorded at the very start of those eight months. Maybe a session or two later, and we listened back to the live take, and we felt we didn’t really have the right energy with the song, so we actually went back in and re-recorded it at the back end of the process.
That flexibility was something we lacked in that first record, and we wanted to make sure we had the option to do something again if we felt like it was needed. It was a different process.

I felt like we thought that the first time around, it wasn’t the most conducive for us to reach something we’re satisfied with. I think with the second record, we had the benefit of hindsight to look back and I feel like we put a better plan together.

I’m curious as to how all of you, as a group, have grown since your second record. The way you play together is probably a lot different now compared to your first few gigs, and now you’ve toured the world – obviously things have changed. How has the group grown from that?

Great question! That sort of forces you to look at the subtle things you do differently, and realise those subtle changes are usually not as subtle as you think. That first record; we recorded all the songs with a really fast tempo. That was a creative decision between us, and our producer. With the second record, it was really laid back. That first record live, we play all the songs much slower, whereas with the second record live we’re playing the songs much faster.
I think with live music, you can’t help but flesh out the songs to get them to a tempo where they feel right. The songs are so new when you’re writing and recording, so sometimes you’re a little unsure of them. I think as a whole as a band, we just look at what we’re doing and reassess and make changes if we need to. Outside of playing live, we’ve fortunately been a band that, as we’ve gone on, we’ve become better and better friends. We were bandmates before we were best friends, and fortunately it’s become best friends more than bandmates. That doesn’t always happen!

Kind of the other way round!

Yeah! We’ve definitely put a lot of effort in and had some tough and open conversations, but I think when you really wanna take on what we’re taking on, you have to really be able to work with people. The communication has to be at a really high level or else it’ll fall apart. We’ve spent a lot of time in tough conversations, and that’s sort of the fun, you know! It doesn’t stop, it keeps going, but I think it’s a positive thing to go through all that. From a musical perspective and a personal perspective, there has definitely been a lot of growing. I think it’s been tough but very beneficial!

Well, good on you guys! Now I’m interested in how you find your audiences abroad to Australian audiences! Is there much of a difference?

Well, I love both things for very different reasons. Playing at home, we have bigger audiences than we do anywhere else right now! It’s really fun coming home and playing some amazing rooms with big crowds. Although it’s cliché, being able to live that kind of life is a privilege. To be at a certain level as a band is awesome.
I think though, the thing that I love about that is that we’re still “exotic” to people overseas, in the same way that when you’re in Australia and you see an international band and they’re somehow exotic in a way. There is definitely a different opinion of the band coming overseas to America or to Europe and playing some good shows, and people look at you and your music differently because you are from Australia – in a great way! I think that’s a really awesome thing to experience as well.
It means that when you’re on stage, you can sort of not think about what you’re doing, and just do it without any concern. It’s almost like a freedom that I personally experience playing overseas because people view you in a certain way. In Australia – we’re all Aussies, we have similar personalities and humour, and I think sometimes that gets in your head and it plays with you before you walk on stage.

Well, having toured for so long, what are your plans post tour? Surely you’re due for some down time soon!

I would absolutely love some down time, my god! We’ve got about five months until we finish. I was planning a holiday to Europe with my wife, but that fell apart because of touring reasons, haha. I’m looking forward to getting back in December and just going to the beach and spending time away from the boys. Probably a healthy thing, haha. I’m sure they say the same thing about me! When we get back together though, there is certainly that excitement of seeing everyone again and getting back on the road. I think though, you definitely need a few months apart to restock and fill up your tank of energy or whatever you want to call it, and move forward.