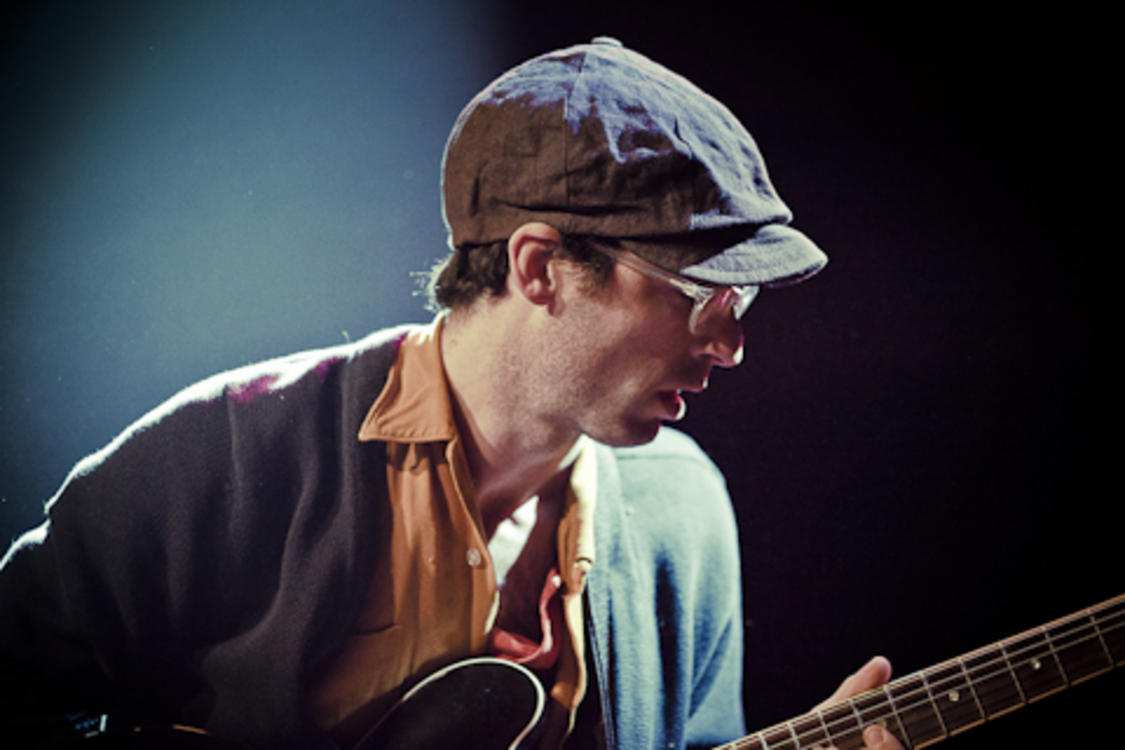 It’s been many moons since we discovered Clap Your Hands Say Yeah off a mix tape driving through the north part of Australia back in 2005. The track that got us hooked was “The Skin of My Yellow Country Teeth”, followed by their first single “Is This Love?” and from their the floods gates opened to the discovery of Alec Ounsworth and co’s material.

It’s been 10 years as a band, four albums in and he’s charged on somewhat solo, releasing tunes under his own name but also very much so under CYHSY banner. The latest efforts Only Run dropped this year (Featuring Matt Berninger from The National as his guest vocals on lead track “Coming Down”) which is a definitely a step back towards some of his beloved early day work but also forward moving into a new soundscape which we have once again adored.

We were lucky enough to grab a few moments with the man himself and chat through some questions we’ve been waiting to ask him with baited breath for many years.

Topics of discussion consisted of such things as “Who the most famous person is in his contact list?”, to “Who’s he’s loving in 2014?”, to receiving a piece of Elvis’ Hair.

SW: Hey Alec. We have been massive fans of your work for a considerable amount of time, with our introduction coming from a Mix CD by a random friend in 2005 that featured your tune “The Skin of My Yellow Country Teeth”. From this moment we were hooked all things CYHSY.

Firstly:
SW: Where are you?
Brussels

Typical Questions:
SW: Which artists have you been loving in 2014?
Kevin Drew, Dave Bazan, and Walter Martin, who made a great children’s album (We’re All Young Together) . . . These are all I can think of at the moment.

SW: Looking back now on your debut what was it that got you out of bed each day to push penning track after track?
I couldn’t help myself. I still can’t.

SW: Tell us about the new album in 20 words or less? What kind of influences drove this latest record compared to your previous work?
Tell us what the most ridiculous track influence was?
I was greatly influenced by beets.

SW: Where was most of your Only Run penned?
Philadelphia

SW: You dropped a collaboration with CLAPTONE earlier this year “Ghost” and I have to say it’s one of our favourite tracks this year.
How did this come about? Can you please do this again!
I really liked doing that. It was very luxurious I thought as I only had to sing over music that was already put down. This is something I’d love to do again.

SW: We literally can’t get enough again of your latest material. For us a resurgence of a sound we have always loved. You sing passionately in “Impossible Request,” “It was a stranger put me here, and in a way I’m at the mercy of a stranger again to take me away.” A track filled with tension and hope. Can you provide the meaning behind this track?
There’s a lot you can’t control. That is, you have less control than you imagine. That has a lot to do with an artist’s understanding that s/he is at the mercy of his/her audience.

SW: I’ve always wanted to ask you this question ever since you released your debut record. What the hell is the go with the track “CLAP YOUR HANDS?”
I thought the album needed an introductory track. I’ve always liked this sort of thing and it kept with the relatively loose quality of the album and the structure (instrumental tracks dividing the album into 3 sections). I was in the studio and just started messing around with an old organ that was there and asked the engineer to track it.
I took home the basic track and put it together.

Random Questions:
SW: If you were to play a track looking back on Earth, what would it be?
My own? “In This Home on Ice”
Someone else’s? Brian Eno – “Another Green World”

SW: What would be your ultimate venue/festival to play?
Joshua Tree on a rock for fewer than 30 people I think.

SW: If we were to come to your house for dinner, what would you prepare for us?
I’d probably order out.

SW: Do you have any interesting rider requests like Van Halen and his brown M&Ms?
A strand of Elvis’ hair.

SW: Most ridiculous thing that’s happened to you by a fan?
I was given a strand of Elvis’ hair. I’ve yet to determine its authenticity. . .

SW: The best gig that you’ve attended?
Randy Newman at Carnegie Hall or Bob Dylan in Altoona or Sparks in Philadelphia

SW: If you were a wrestler, what would be your entrance theme?
“Political Science” by Randy Newman

SW: If you were to play alongside three other bands for a festival bill who would they be?
Sparks, Tom Waits, Light Heat

Closing:
SW: If you weren’t called CYHSY, what would you be called?
YYYYY

SW: Finally. If you weren’t a musician, what would you be?
A stamp collector
Thanks lads for your time. Looking forward to seeing you live again!