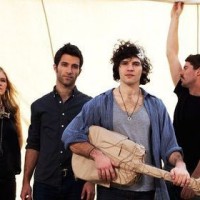 By Cam Wilson September 2012 saw the release of the debut album from Sydney-based 6-piece, Winter People, which led them on a tour of the US and to multiple appearances over this summer’s Australian festivals, including Peats Ridge and Pyramid Rock. Scenewave caught up with lead singer Dylan Baskind before Christmas. Your debut album, A Year […]