Cobra Kai has once again provided a great night of live tunes when they hosted Deep Sea Arcade at Oh Hello! last Thursday night. Woe & Flutter opened the night with some jazzy indie-pop and had the crowd bopping along in no time. Half an hour went by in all but a blur and nek thing we know the Cairos have come on and are busting out their catchy tunes, with everyone having a cheeky singalong to their hits “Shame” and “We All Buy Stars”. The Cairos also threw in a cover of “Betty Davis Eyes” which instantly won the crowd over.

The scene was set for Deep Sea Arcade to bring their 70s indie pop to the stage and didn’t they put on a show. Vocalist Nic McKenzie strolls out and starts tapping lightly on the keys until “See No Right” breaks out. What an opening track. And from then on, it was hit after hit. Was really one of those gigs which makes you realise for the first time how much depth there is to the album. McKenzie confidently swaggers around the tight stage setup, constantly shifting microphone position. He oozed confidence, effortlessly guiding his voice to each note in that recognisable tone he so successfully created in their debut record Outlands. His 70s inspired psychedelic voice was suitably matched by his ‘shaggy dog’ hairstyle and his paisley shirt done all the way to the top (obviously…), the pattern of which could’ve been ripped straight from Cream’s Disraeli Gears album cover. McKenzie was supported by great talent and depth throughout the band, exemplified by their rich reverberating backing vocals and tight instrumentalism. They then went into “Granite City”and crowd favourite “Steam”. At once stage McKenzie took a photo of the crowd, and after proclaiming, “Fuck yeah, Brisbane – you’re hot!” rolled straight into “Girls”, followed by surf-rock inspired “Lonely In Your Arms”. The whole set was an absolute nostalgia trip back to several different decades and genres, at times sounding like the Kinks, then you could’ve sworn that you were hearing a track from Nirvana’s Nevermind. This diversity truly encapsulates the talent of this new group.

It was a great gig, and we expect big things from these guys. Wouldn’t be at all surprise to hear a few of their psychedelic pop hits in Triple J’s Hottest 100 early next year! That was the end of their first big east coast tour, but never fear, they assured the audience that they’d be back soon. 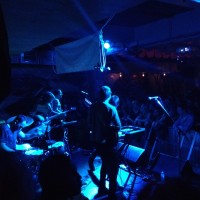 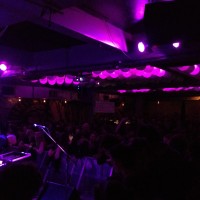 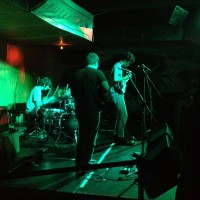